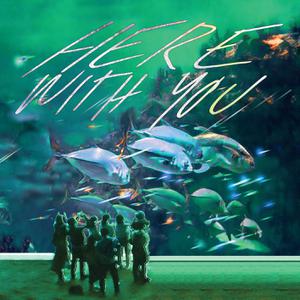 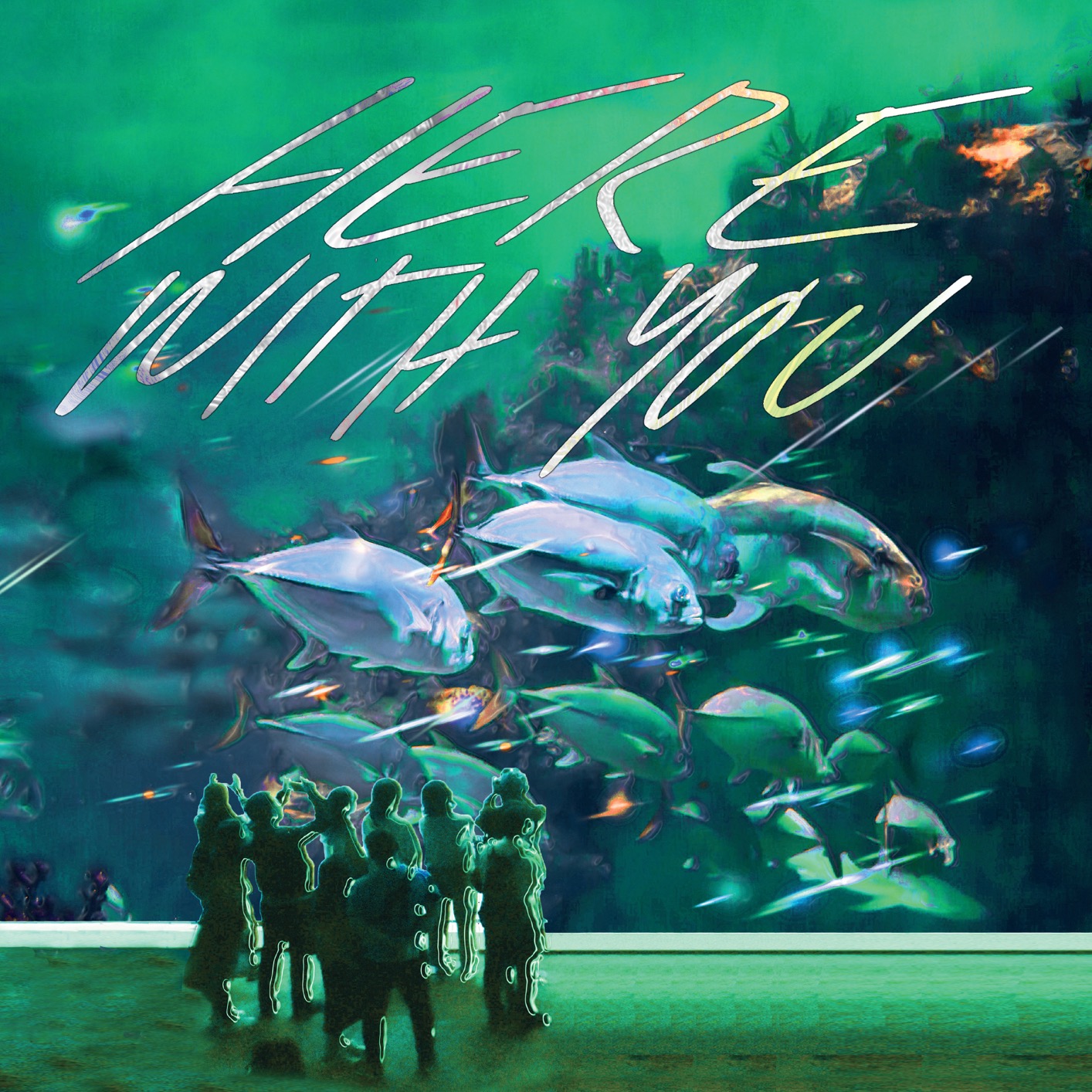 In March 2020, Tahiti 80 had a plan to start recording their new album in the studio. That plan, of course, along with everything else in the world, got derailed. But the five-piece group was resilient and resourceful. They quickly shifted to a socially distanced plan B that included file swapping and virtual sessions, all refereed by producer Julien Vignon. The result, due for release in March 2022, is the buoyant Here With You, a collection of eleven upbeat songs that unfold like a prescription for a post-pandemic panacea.

“When lockdown in France happened, we said, 'We're not going to stay at home not doing anything,'” says singer-guitarist Xavier Boyer. “And our new plan became a hopeful thing, waking up every morning and seeing what the other guys had worked on. It wasn't always easy, but this new method allowed a freer approach where we could really go all the way with an idea without being influenced by each other’s suggestions. It must've been overwhelming for Julien, who ended up selecting all our arrangements. But he stayed positive all the way through.”

To help stay inspired and focused during their time in isolation, the band created a mood board, with the centerpiece a photo of an early '90s rave in the UK.

Boyer says, “Whenever you see pictures from this era, people seem very innocent. There are no cell phones and everybody is in to what they are experiencing. We kept that picture in mind as a kind of mantra that would help everyone feel connected to this idea of people celebrating, gathering and just having fun. We were missing the connection with people, and thought it would be great if we could create music that would inspire that kind of emotion.”

Indeed, the songs on Here With You are brimming the feeling of communion that we've all been missing over the past two years. It's there in the catchy opener Lost in the Sound, which walks the walk with Chic guitar flicks, urban nightfall sparkles and an inviting chorus (“Your heart grooves like a thousand 808s on the right time”). It's there in the Jackson 5-style syncopated bounce of “Vintage Creem,” the lush, dreamy “Breakfast in L.A.” and the panoramic sweep of “UFO.” And it's there in the first single “Hot,” which matches an irresistible groove with a neon-lit, percolating arrangement that evokes the disco clubs of 1979.

What's remarkable is that though Tahiti 80 displays a clear affection for sounds of the past, from bubble gum to '70s soul, they never trade in mere pastiche. Their take is more a slightly warped and playful carnival mirror mash-up of classic pop styles, given depth through Boyer's hang-gliding, coolly emotive vocals and lyrics that often rub against the euphoric grain of the music.

“I like to think of songs as a three-minute drama,” says Boyer. “This concept of drama definitely adds different levels to our music. There's the melody, the lyrics, then the production that can maybe emphasize or counterbalance the interaction between the yin and yang in a song.

“There's a difference between the very upbeat, sunshine-y soft rock and the lyrics, even on our past albums,” he continues. “Not dark, but a little more melancholy, and also looking for some kind of motivation, talking to yourself. Like with a lot of Motown songs, you get that feeling where you body’s dancing while your mind’s reflecting, reminiscing.”

That alluring blend of happy-sad has been a signature part of the Tahiti 80 sound from the time Boyer and bassist Pedro Resende formed the group in 1993, as students at the University of Rouen. Taking their name from a souvenir t-shirt given to Boyer's father in 1980, the duo recruited guitarist Mederic Gontier in 1994, and with the addition of drummer Sylvain Marchand a year later, the lineup was complete. The foursome released a self-produced and self-financed EP, 20 Minutes, in 1996, which resulted a record deal with French label Atmospheriques in 1998. Their full-length debut Puzzle, produced with Ivy's Andy Chase and mixed by Tore Johansson, went gold and featured the international hit “Heartbeat” that established the band throughout Europe and Asia.

In the years since, Tahiti 80 – with the additions of Raphaël Léger on drums and Hadrien Grange on keys - has released eight acclaimed albums. The band has fused what MOJO called a “glorious entente of old and new technology” (including singles like “Yellow Butterfly,” “1000 Times,” “Sound Museum,” “Crush!” and “Big Day,” which was featured on a FIFA video game soundtrack), while collaborating with such producers and arrangers as Richard Swift, Tony Lash and Richard Anthony Hewson, who famously arranged The Beatles' “Long and Winding Road.” Boyer has also put out two solo albums, the first under the anagram Axe Riverboy and the second under his name. In 2019, the band released Fear of an Acoustic Planet, a stripped-down reimagining of some of their best-loved tracks from the previous twenty years. It served not only as a look back but a reminder of their formidable songwriting skills.

Boyer is definitely a student of the timeless three-minute pop song format pioneered by '60s artists like The Beatles and The Beach Boys. He says, “I see it as kind of a frame for a painting. Most of the songs on this album, I wrote a verse, pre-chorus and chorus. There aren't many middle eights. I wanted it to be very concise. I feel like people have less attention. There's so much music. It's too easy to switch off or skip to another track, so I want to hook the listener. The three-minute song is kind of an easy code to crack, but at the same time you have to figure out a new way to tell the stories that we've heard before.”

And the stories on Here With You are very much about the longing for connection. Of the album title, Boyer says, “In the world right now, that can mean a lot of different things. Like missing our fans, missing going to concerts. In a way, it can be a statement of what happened last year, and a wish of 'I want to be here with you again.' It's our ninth album. We've had some had some very open, conceptual titles like Puzzle, Activity Center. Sometimes they were more specific like Fosbury orWallpaper for the Soul. Here with You, seems more personal, more engaging in terms of relationships. When I suggested that title, everyone in the band said, 'Yeah, that's it.'”

Until Tahiti 80 can resume a full tour schedule, Boyer says he hopes the new record will make that personal connection. “If I see from the point of view as a music fan, sometimes I see albums I like as companions throughout my life. So if we can be a part of people's existence, even if it's a song that reminds them of the time they were driving with the windows open and it was sunny. Or a sad song that resonates with them after a breakup. That's what we're all looking for when we're making music. You do this very personal thing and you want it to touch as many people as possible.”