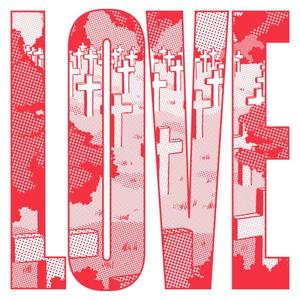 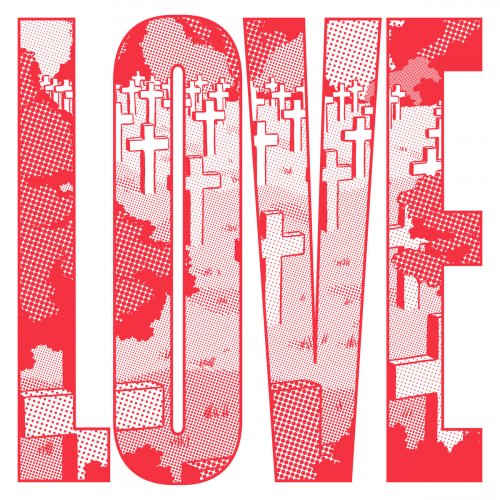 After releasing one furious, political album and an introspective, existential one, Torgeir Waldemar concluded that the world hadn’t improved too much. In turbulent times, where walls are erected and hate and xenophobia seems widespread, what should be the main message for the new record? The answer was simple, almost banal – the most important thing we have is one another – love.

Following the success of his two previous albums, the melancholy Torgeir Waldemar (2014) and the loud, fuzz-drenched No Offending Borders (2017) Waldemar has established himself at the very forefront of Norwegian rock and roll troubadours. For the mini-album Jamais Vu (2018), he combined the two personas, stripping down the rock songs from the second album, while rocking up the acoustic songs from the debut. There’s a common thread running through Waldemar’s music, where the new album Love is the obvious continuation – rocking, but not as rough, loud but with more focus.

On the record, Waldemar says: «Love is the driving force behind all our actions. But love isn’t necessarily beautiful or pleasant – it contains too much – everything from self-destruction to crimes of passion. Vi need to take care of one another, but also the world around us. We have been acting out of love, even if it’s love of money or status. As a consequence, the ocean is dying and the forests are burning. If this is the way of showing future generations what love is… Love requires commitment, and also has consequences.

Everyone who’s experienced Torgeir Waldemar live, knows that he fronts a powerful orchestra, effortlessly mixing seventies hard rock, psychedelic jams and groovy americana. It is this band-feel he wanted to replicate on Love – while at the same time relaying the lyrics, message and heart that he’s known for.

Inspired by the Brian Wilson song «Love and Mercy» – in which Wilson describes a wicked world and on the chorus sings «love and mercy, that’s what you need tonight, love and mercy to you and your friends tonight» – Waldemar landed on the title. On Love Waldemar is more ambitious than ever before with a message of unity and the music to match.