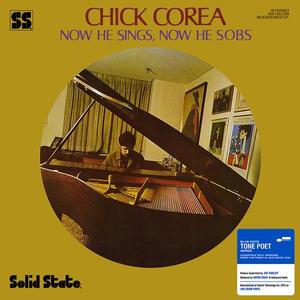 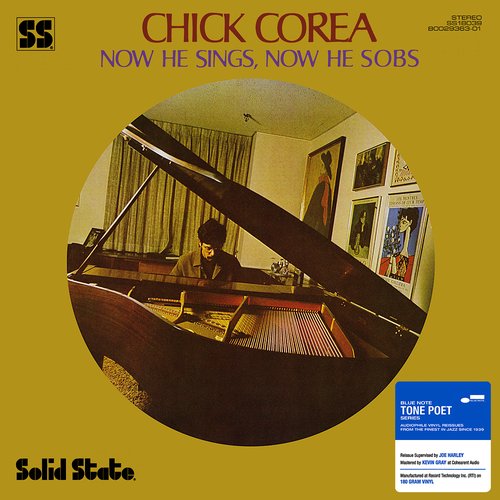 Chick’s brilliant trio album from 1968, Now He Sings, Now He Sobs is held in the same kind of rarefied esteem as the classic Bill Evans trio sessions. One listen will tell you why …. the exquisite interplay between Chick, Czech bassist Miroslav Vitous and drum master Roy Haynes make it abundantly clear why this album has achieved such legendary status among jazz piano trio recordings. Now He Sing’s, Now He Sobs features a program of all Corea compositions including the first recording of Matrix, one of Corea’s most beloved tunes.

Blue Note Tone Poet Series
The Blue Note Tone Poet Series was born out of Blue Note President Don Was’ admiration for the exceptional audiophile Blue Note LP reissues presented by Music Matters. Was brought Joe Harley (from Music Matters), a.k.a. the “Tone Poet,” on board to curate and supervise a series of reissues from the Blue Note family of labels.
Extreme attention to detail has been paid to getting these right in every conceivable way, from the jacket graphics and printing quality to superior LP mastering (direct from the master tapes) by Kevin Gray to superb 180 gm audiophile LP pressings by Record Technology Inc. Every aspect of these Blue Note/Tone Poet releases is done to the highest possible standard. It means that you will never find a superior version. This is IT.
Blue Note Records’ Tone Poet Audiophile Vinyl Reissue Series is produced by Joe Harley and features all-analog, mastered-from-the-original-master-tape 180g audiophile vinyl reissues in deluxe gatefold packaging. Mastering is by Kevin Gray (Cohearent Audio) and vinyl is manufactured at Record Technology Incorporated (RTI). 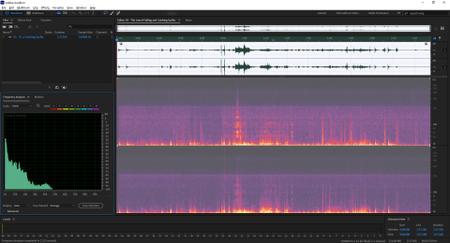 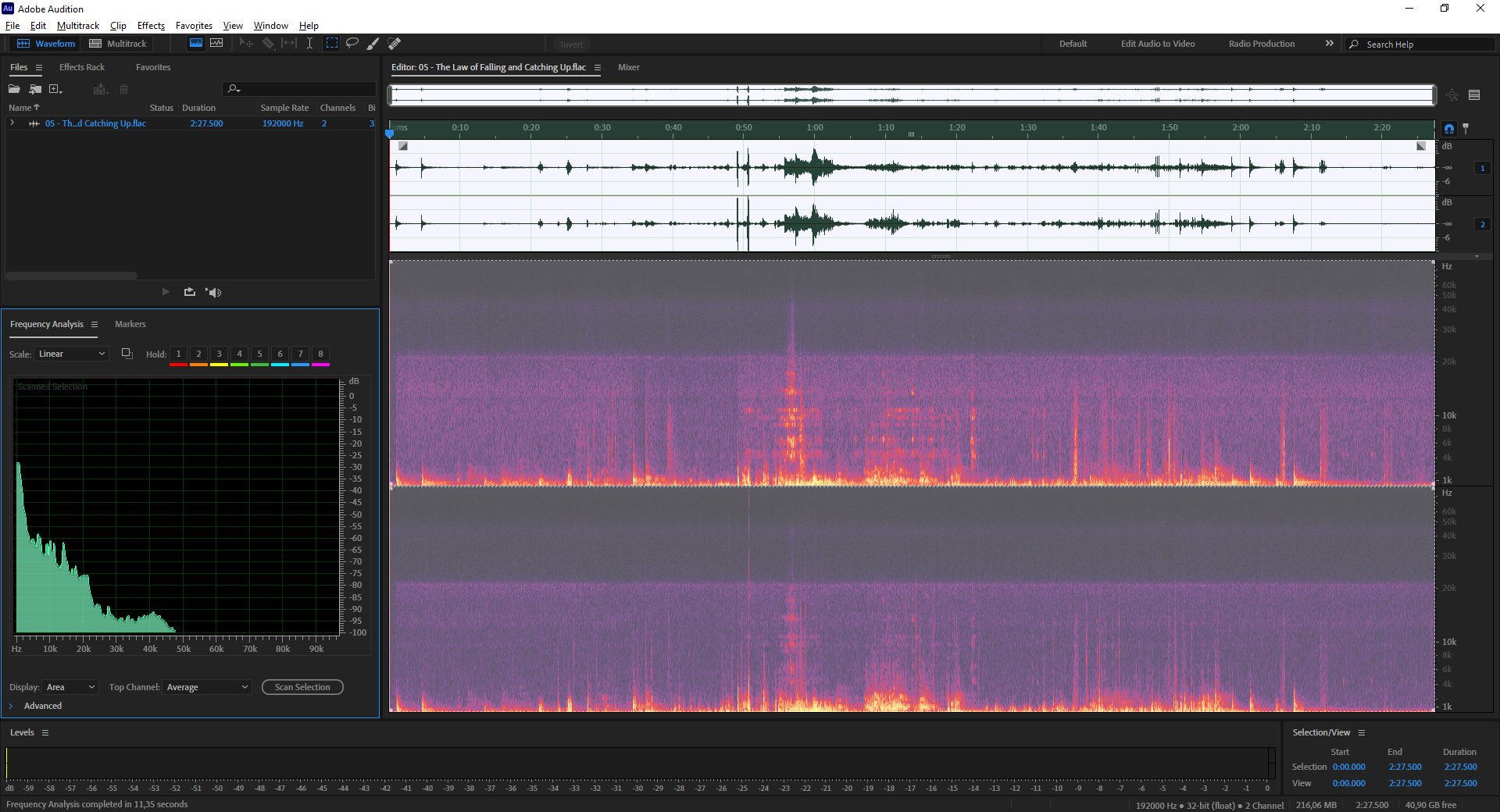 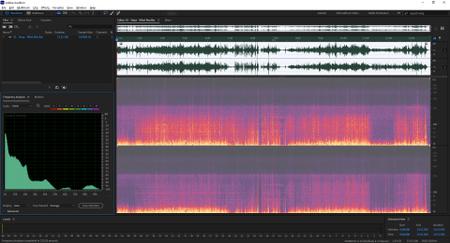 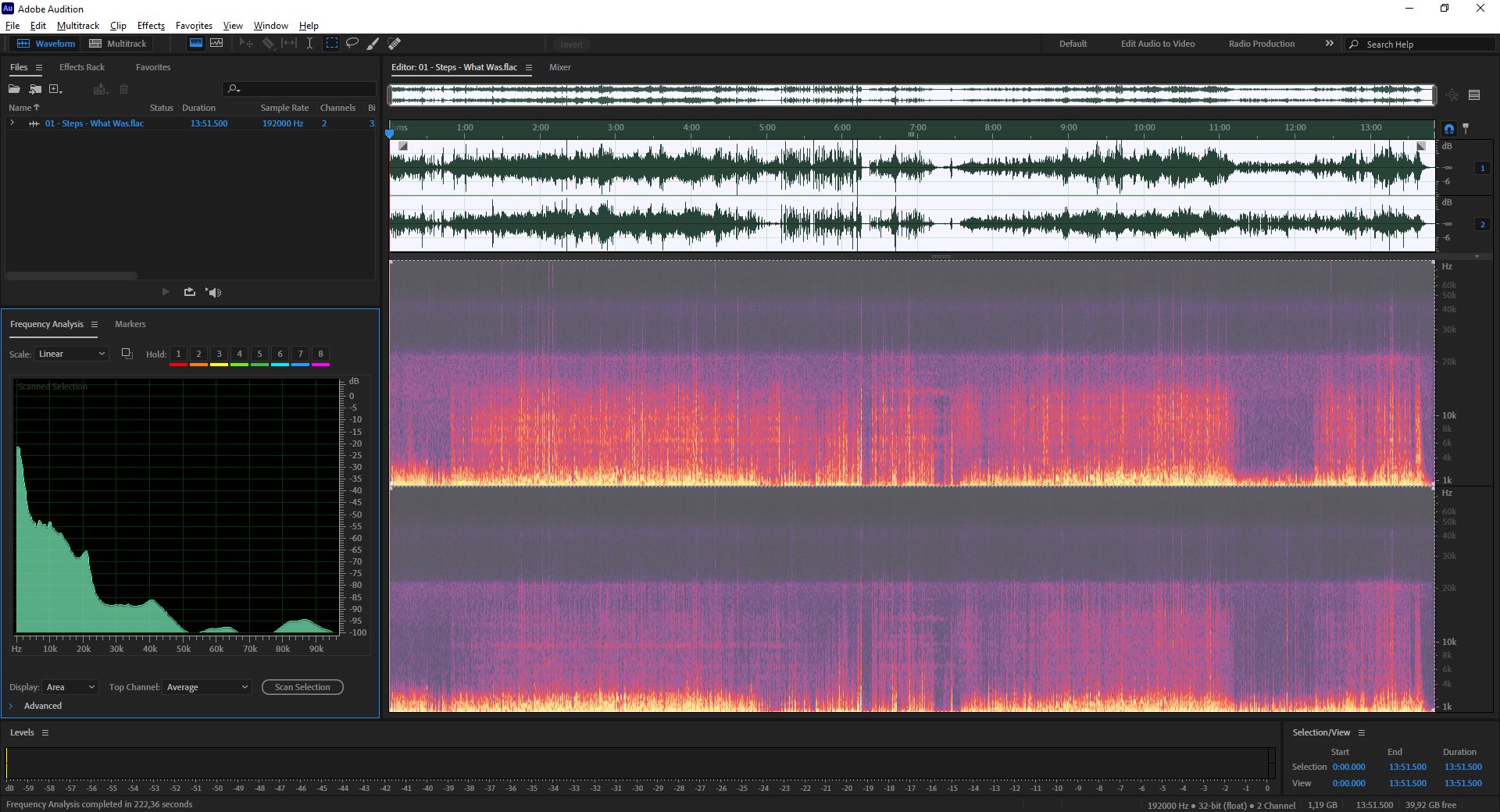 Chick Corea in my Blog