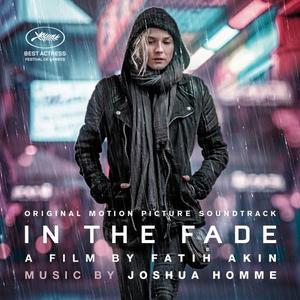 In the Fade is the new film by German director Fatih Akın (Soul Kitchen) with Diane Kruger (Inglourious Basterds). Katja’s life falls apart when her husband and son die in a bomb attack. After mourning and injustice, the time for revenge will come. The title of the film was inspired by the song In The Fade by Queens of the Stone Age (included in the album Rated R). Director Fatih Akın said, "When I was writing the film, I listened to the Queens of the Stone Age a lot. Their music has something fatalist that fits well with the world of film. I had in mind several of their titles that I wanted to put in the film, and the music supervisor then suggested that I ask them to compose the original music.