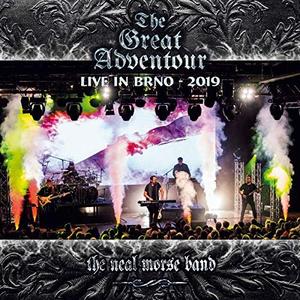 When The Neal Morse Band released their acclaimed The Similitude Of A Dream album - a progressive rock retelling of John Bunyan's The Pilgrim's Progress) back in 2016, it began a journey of epic proportions, with the companion piece The Great Adventure arriving in 2019.The band embarked on a worldwide tour in early 2019 & it was in Brno, Czech Republic that the band chose to film THE GREAT ADVENTOUR 2019 - LIVE IN BRNO, the definitive record of the tour, as George explains: "This was our first time playing there and this venue had a different look and vibe: the audience also turned out to be very energetic.