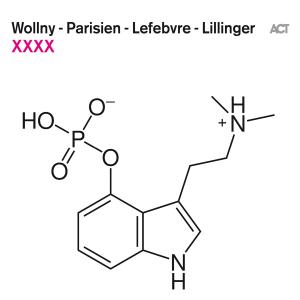 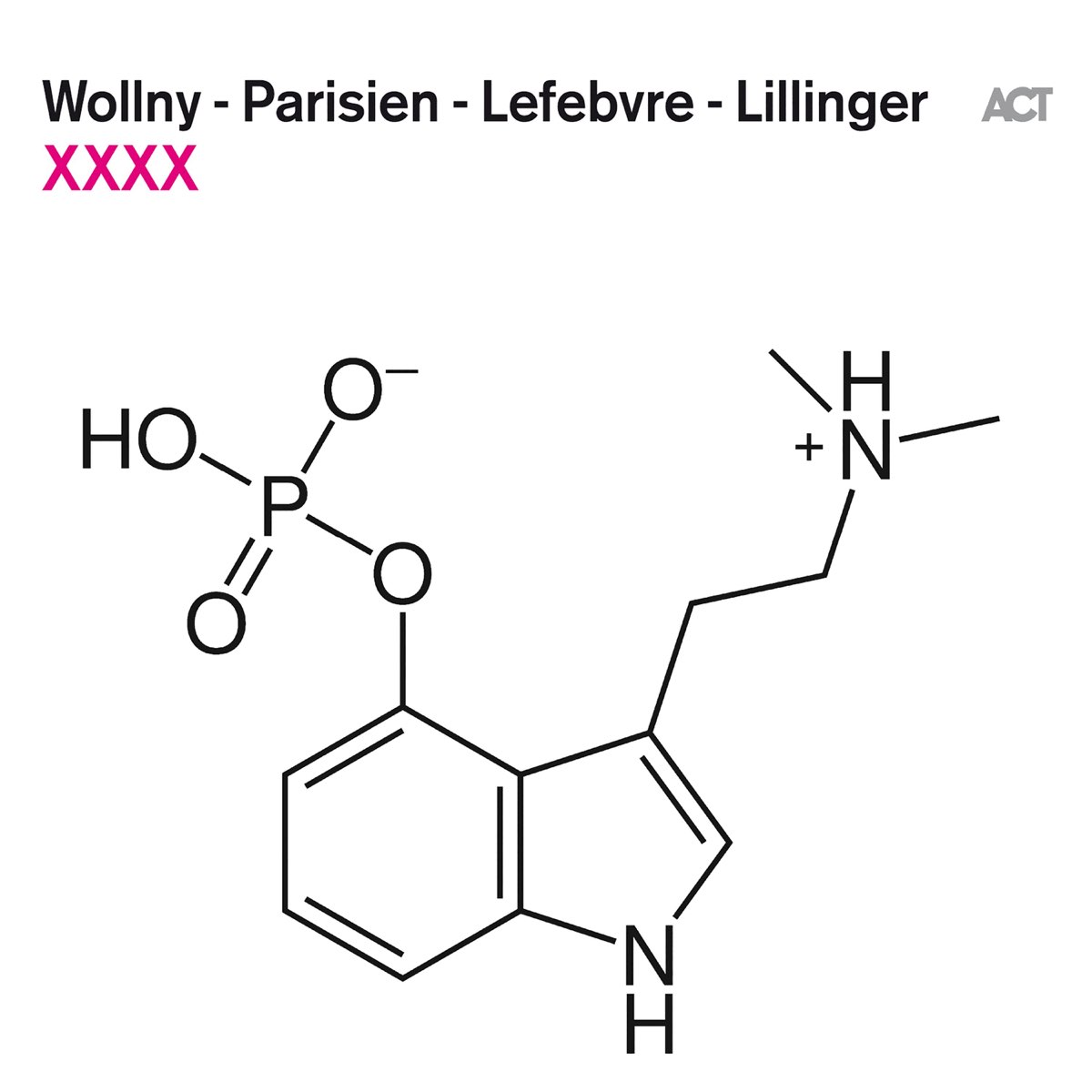 This story begins with just one sound, originating in the place which Berlin jazz people think of as their living room, the A-Trane. Back in December 2019, the club was host to four leading figures in today’s improvised music scene, who turned this cozy space into their blank canvas, their research lab. In eight sets over four nights, piano phenomenon Michael Wollny, re-inventor of the soprano saxophone Emile Parisien, electric bass icon Tim Lefebvre, and that free spirit of the drum kit Christian Lillinger were given free rein. They had agreed beforehand, incidentally, that nothing should be composed, arranged or pre-planned.

As a result, the music we hear doesn’t fit into any category. We’re in uncharted territory, so a good way to capture its essence might be to break it down into its four component parts. First there’s Michael Wollny, here for the very first time playing only on electronic keyboard instruments. He creates a characterful world of retro-futuristic sounds that is very much his own. We find the occasional nod to early Jean-Michel Jarre, references to science fiction and horror movies, and also vivid memories of the sounds of avant-garde Krautrock: "Can" and Irmin Schmidt and Klaus Schulze. As for Tim Lefebvre, here is a musician who has plied his very great craft with stars such as David Bowie, the Tedeschi Trucks Band, John Mayer, Knower, Steely Dan, Elvis Costello and Wayne Krantz. Here he is like a rock in a tempestuous sea. He propels the music forward with a combination of bass and effects. He builds structures and tames unruly elements. The way he lays down a groove is overwhelming. As a counterbalance we find the explosive yet highly sensitive playing of drummer Christian Lillinger. He stacks layer upon layer of rhythms and textures. And the melodic lines of Emile Parisien on soprano saxophone always have an astonishing springy inventiveness. Such is Parisien’s latent energy, it seems as if at any moment he could suddenly become airborne.

It takes a particular kind of musician to step forward willingly into a context like this with no fall-back or safety net. Before they actually met, the four musicians had been well aware of the risks. Each of them knew how different the others’ musical vocabularies and heritages were. And there was indeed a kind of tension at the start, which took about a quarter of an hour to subside. What took its place, however, was a collective sense of raised consciousness. The players’ eager curiosity as to what the next turn, the next impulse, the next push will be is palpable to the listener. One can sense the tension between the urge to construct forms, lines, grooves, harmonies, textures, versus the illicit joy of tearing such fragile structures apart before they have even been heard. There are beats and patterns from the 90s, 80s and 70s, all coalescing into cinematic bacchanalia of sound. These four master improvisers and composers all have the urge to rewrite the rules of their musical world – and to do so in real time.

And the story continues. The live sets by the musicians and their equipment produce a wealth of juxtapositions, fascinating collages of instrumental sounds. And in total, the recordings from the A-Trane result in at least eight hours of music. A decision is taken to distil these recordings into just one album that will be more than simply a document of the series of live concerts. Tim Lefebvre has the spark of an idea, and in February 2020, he and Michael Wollny meet producer and sound engineer Jason Kingsland in Atlanta. Kingsland has a background not just of working with renowned indie rock and pop artists, but also a passion for experimentation and improvisation. So the task becomes one of capturing the intoxication and the euphoria of these four Berlin nights, and also to take the abundance of possibilities and whittle them down to a cohesive album. Gradually, over several days and nights, the material is reduced, and a distillate consisting of ten surprisingly succinct tracks emerges. But here’s the paradox: this is a live recording which also sounds like a studio album… and yet every note in it was improvised at the club. What emerges here is an album full of joy, emotion, humour and an almost childlike, naïve pleasure in "playing". And it also presents a new trans-Atlantic group which is absolutely “sui generis” – a quartet which is one of its kind in the world right now.