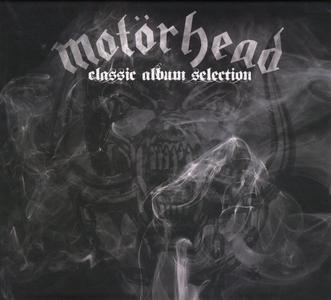 Motörhead are a legendary British rock band, highly influential in the development of many different rock and metal subgenres (including Thrash Metal, where many bands cover their songs) who love Rock N' Roll but for some reason blurred the lines of Punk and Heavy Metal when actually playing it. This box set compiles the bands second through to sixth studio albums, as well as their first live album. The albums in question are 1979's Overkill & Bomber, as well as 1980′s Ace Of Spades, 1981's No Sleep 'Till Hammersmith, 1982's Iron Fist and finally 1983's Another Perfect Day. All these albums feature the classic line-up of Ian 'Lemmy' Kilmister, Phil 'Philthy Animal' Taylor and 'Fast' Eddie Clarke, with the exception of Another Perfect Day on which Clarke is replaced on guitar by Thin Lizzy’s Brian Robertson. 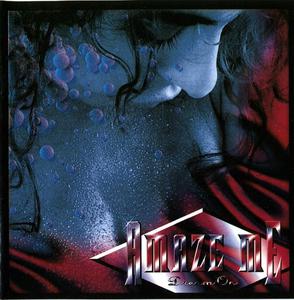 Amaze Me started out with the self-titled debut album on the Japanese based Alfa Brunette label in 1995. The way that it all happened gave the project it's name - Amaze Me. The Rumours of the Japanese release led to the boys landing a deal with the Now And Then label who released the second album ”Dream On” in 1997. The swedes have always been good at this thing… AOR that is. Amaze Me are no exception to the rule, they have created a good album. Most of the songs are absolute gems, like "Danger","It's All Over" and "Hold On To Love" to name a few. 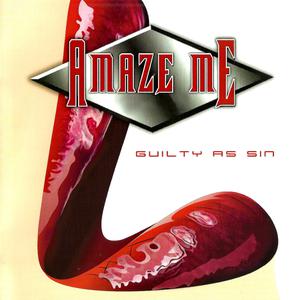 Amaze Me are a duo consisting of Peter Broman, who plays all the instruments and wrote all the songs and vocalist Conny Lind. They released three pretty decent AOR albums back in the 90s, Amaze Me (1995), Dream On (1997), Wonderland (1998) and that was the end of that. Now 15 years later, the duo return with a new album entitled “Guilty As Sin” So has anything changed? The answer is an unsurprising big fat no. “Guilty As Sin” is, more of the same. Twelve well crafted songs, full of rich harmonies and gorgeous layered Keyboards with some stunning guitar playing. 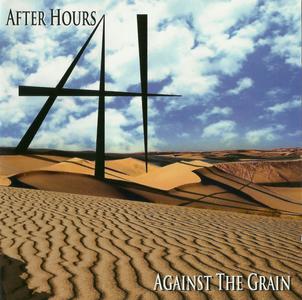 Against The Grain by the reformed UK AOR-sters After Hours. Now I say unexpected because this is a band that have been defunct for just a little under a quarter of a century with their last release coming in the shape of their debut effort Take Off from 1988! AOR Heaven have also reissued that album and on the strength of Against The Grain, it is an album I'll be investing in sharpish! The After Hours story goes all the way back to 1987, but after that debut release things started to really build for them, with European tours, appearances on German TV and a sponsorship deal with Adidas. However keyboard player Rick Young soon left the band, being replaced by ex Michael Schenker man Andy Nye, but with record labels dragging the band round the world to record album number two After Hours basically disintegrated, although that second release Afterhours did see the light of day in 1992. 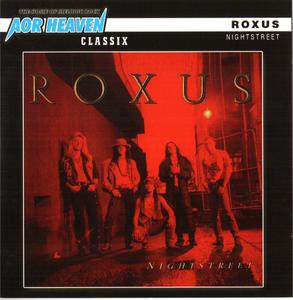 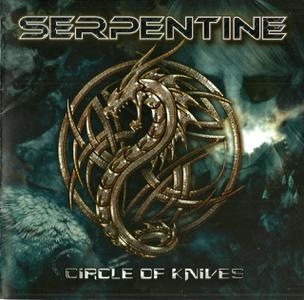 Serpentine return with their third album, a lineup change and a change in sound that makes for their strongest album to date. First up is new member Adam Payne who takes the reigns on vocal duties on this album after previous frontman, the well known Tony Mills, departed the band. Payne’s vocals are completely different from Mills’ which alone give this album a much different sound then the band’s previous releases. Secondly bassist Gareth Vanstone has also departed the band and in his place behind the drumkit is Owen Crawford, who does a great job on the record. 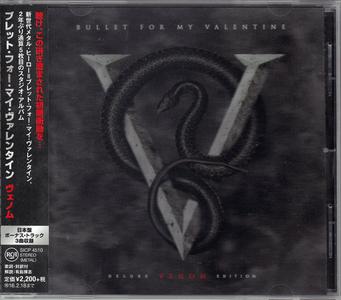 UK metal titans 5th studio album, VENOM, will street on 8/14th via RCA Records. Produced by Carl Bown and Colin Richardson (Slipknot, Machine Head, Trivium) at Metropolis Studio in London, VENOM is an unrelenting, fierce step forward for Bullet For My Valentine. Their heaviest record to date sinks its teeth into listeners with a powerful delivery by vocalist/guitarist Matt Tuck, ferocious riffs by guitarist Michael "Padge" Paget and rapid-fire rhythm courtesy of drummer Michael "Moose" Thomas. On VENOM the trio maintains their signature balance of heavy, coupled with surging melody, and pushes themselves to the next level. 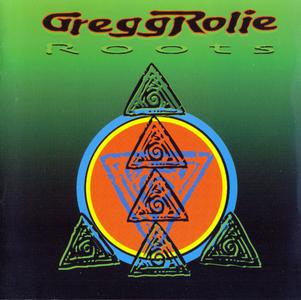 Solo album from Santana/Journey's guitarist which takes you back to the late 60's or early 70's, with guests Neal Schon & Alphonso Johnson. 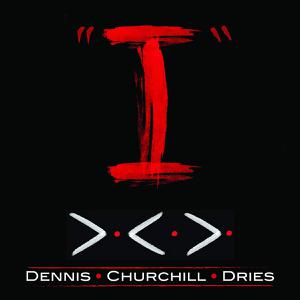 2015 release from the hard rock vocalist best known for his work with White Sister and Tattoo Rodeo. The album was produced and mixed by AOR/melodic rock legend Paul Sabu. After the death of his long-time friend and musical co-hort Rick Chadock, Dennis began writing on his own as a form of therapy, and in 2014 was reunited with Sabu, who also supplied the guitar work. DCD drew priceless encouragement from the multi-talented Sabu, whose bands have included Only Child, Silent Rage and Sabu. I is heavily influenced by the music of the late-1970s and '80s, mixing chunky grooves with radio-friendly melodies and drawing influence from DCD's favorite acts, including The Beatles, Bad Company, Journey, Steve Perry, John Waite, Styx and Toto. 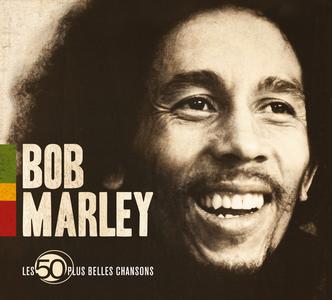 27 years after his disappearance, Bob Marley remains a LEGEND. Beyond REGGAE fans, this songwriter and performer has conquered a heterogeneous audience around the world. Each of his albums has sold over 1 million copies. Find on this TRIPLE BEST OF the essential and timeless titles of his repertoire: Iron Lion Zion, Get Up Stand Up, No Woman No Cry, Jamming, Buffalo Soldier, Could You Be Loved, I Shot The Sheriff. 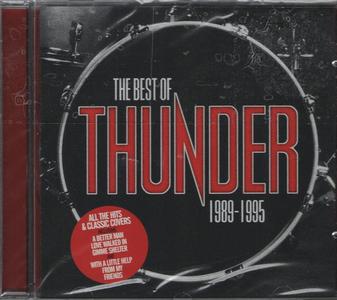 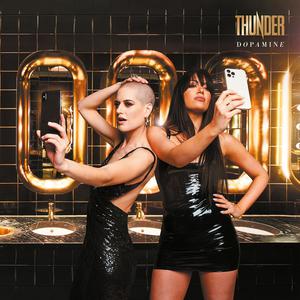 The arena-packing rock quintet hit more peaks than a sherpa on piece-rate on this pandemic-penned 16-track double album. Songs range from all-out bangers like Across The Nation to the unexpectedly jazzy nightclub feel of Big Pink Supermoon. 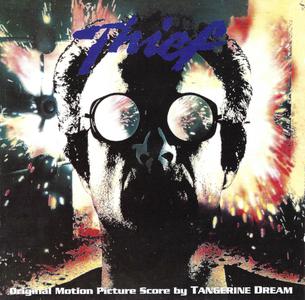 Tangerine Dream scored director Michael Mann's film debut, Thief (released as "Violent Streets" outside of the U.S. market), adding their patented pulses, blips and whooshes to the film's highly stylized visual scenes. While TD's electronic music is a natural fit for soundtracks, it doesn't bring out the best in the band; for the most part, this soundtrack contains swatches of a larger canvas, building up a small head of steam in the span of four or five minutes but not raising the musical discussion above the level of mere mechanical chitchat. Most of the songs follow a set pattern, with Chris Franke slurring his sequencers under a thin fog of synthesizers, topped by a piercing and pithy melody. 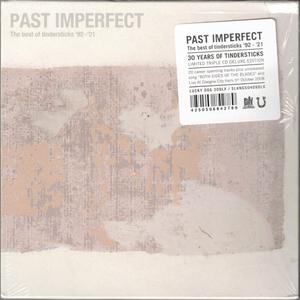 The Best of Tindersticks '92-'21 maps the band's 30-year journey across a peerless 20-track chronology. "Each step a story," as Staples said on "How He Entered." And every song a fresh twist in a winding tale. It is the sound of an uncommonly ambitious band always seeking new ways to connect with their songs, rediscovering themselves as a unit at every turn so that everything familiar about their music sounds fresh again. Always, of course, by nobody's measure but their own. 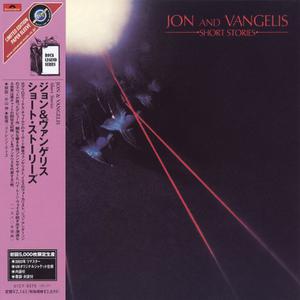 Short Stories is the debut album by Jon and Vangelis, the collaborative effort between Jon Anderson of the prog rock band Yes and electronic music pioneer Vangelis. This was not the first time that the two had worked together: Vangelis had auditioned to be Rick Wakeman's replacement in Yes in 1974, but the role was given to Patrick Moraz. In 1975, Jon Anderson sang on "So Long Ago So Clear" from Heaven and Hell.