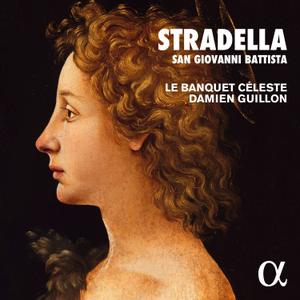 A composer who led a dissolute life and ended up stabbed to death in Genoa, Stradella nevertheless left a distinctive stamp on the history of music. He is situated at the intersection of several stylistic paths and periods, at the crossroads between opera and sacred drama, since his output, and especially San Giovanni Battista, marks the encounter of the great Roman oratorio inherited from Carissimi with the Venetian opera of Cavalli. Stradella is also close to the next generation, that of Scarlatti and Handel. His music is characterised by liveliness, expressiveness and profound humanity. Although San Giovanni Battista enjoyed genuine success when it was premiered in 1675, it was only in 1949 that the work was exhumed from the libraries where its score lay slumbering. That event took place in Perugia, and the role of Salome was sung by Maria Callas. 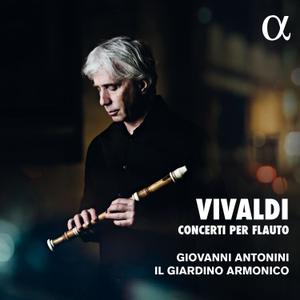 Giovanni Antonini, virtuoso flautist and orchestral conductor, is the founder of the Italian ensemble Il Giardino Armonico, which burst on the baroque musical scene in 1985; together they have amassed an impressive discography. Partnered by Alpha Classics, they have launched a complete recording of the 107 symphonies by Joseph Haydn, in anticipation of the 300th anniversary of his birth in 2032. Il Giardino Armonico is celebrating a composer with whose music he made his name: Antonio Vivaldi. With Antonini as soloist in a programme of his own devising recorded between 2011 and 2017, a generous bouquet of concertos "per flauto" : RV 433 (‘La Tempesta di Mare’), plus the Concertos RV 441, 442, 443, 444, and 445, and an amazing version of Cum dederit, a solo from Nisi Dominus RV 608, for the chalumeau, the predecessor to the modern-day clarinet. 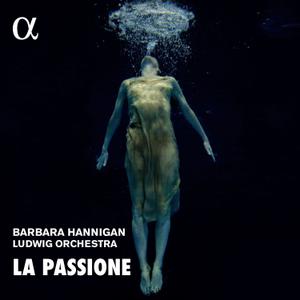 The starting point for Barbara Hannigan’s third recording for Alpha is a work by Gérard Grisey (1946-98) that is particularly close to her heart. Grisey wrote: ‘I conceived the Quatre Chants pour franchir le seuil [Four songs for crossing the threshold] as a musical meditation on death in four parts: the death of the angel, the death of civilisation, the death of the voice and the death of humanity… 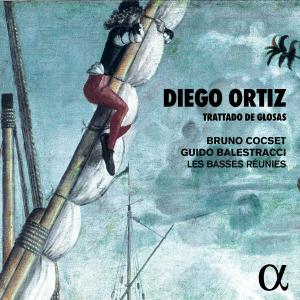 Bruno Cocset, Guido Balestracci, Les Basses Réunies - Ortiz: Trattado de Glosas (2020)
FLAC (tracks) 24-bit/192 kHz | Time - 59:15 minutes | 2.29 GB
Studio Master, Official Digital Download | Artwork: Digital Booklet
Born in Toledo, Diego Ortiz published the Trattado de Glosas in Rome in 1553. At that time, he was living in Naples in the service of Ferdinand Alvarez de Toledo, Duke of Alba and Viceroy of Naples. This region was deeply influenced by Spain. His treatise, published simultaneously in Spanish and Italian, is first and foremost a precious source for the art of Spanish instrumental performance. The second book of the Trattado de Glosas is performed here in its entirety, with Bruno Cocset and Guido Balestracci alternating in the Recercadas.
Alpha Classical
Details 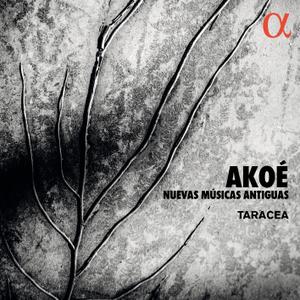 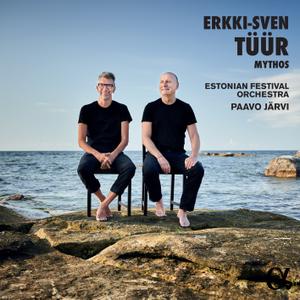 Estonian Festival Orchestra & Paavo Järvi - Tüür: Mythos (2020)
FLAC (tracks) 24-bit/44.1 kHz | Time - 60:03 minutes | 600 MB
Studio Master, Official Digital Download | Artwork: Digital Booklet
Erkki-Sven Tüür, born in Estonia in 1959, writes music that is characterised by intense energetic transformation. The intuitive and rational approach is synthesised into a complete organic system. He is the composer of nine symphonies, ten concertos, numerous chamber works and an opera. Dedicated to his compatriot Paavo Järvi and composed to mark the centenary of the Estonian Republic in 2018, Tüür’s Ninth Symphony is entitled "Mythos". According to the composer, this refers to the myths that arise about nations and how they have acquired their independence, and also deals with the long history of the Finno-Ugric peoples.
Alpha Classical
Details 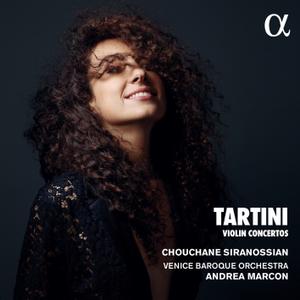 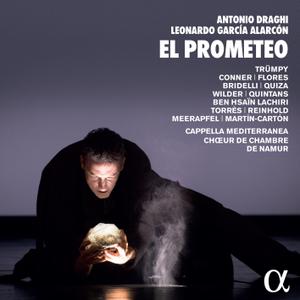 Capella Mediterranea, Chœur de chambre de Namur & Leonardo García Alarcón - Antonio Draghi & Leonardo García Alarcón: El Prometeo (2020)
FLAC (tracks) 24-bit/176.4kHz | Time - 126:11 minutes | 4.08 GB
Studio Master, Official Digital Download | Artwork: Digital Booklet
The original score of El Prometeo (Prometheus) is held in the Leopoldine Library in Vienna. It dates from 1669 and was written by Antonio Draghi, a composer who was also a singer, notably in the operas of Cavalli. For the first time in history, an Italian set a text in Spanish. The last act of El Prometeo has disappeared. But since the libretto of this act has survived, Leonardo García Alarcón decided to rewrite all the music for it. ‘I immersed myself in Draghi’s music in order to understand his style, his favourite intervals, the type of melody he composed and the type of basso continuo he was fond of, so as to try to produce a score that is worthy of him.
Alpha Classical
Details 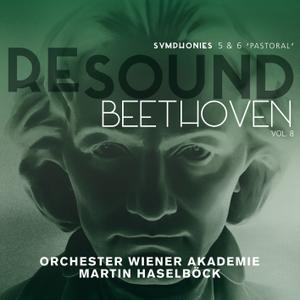 Martin Haselböck - Beethoven: Symphonies 5 & 6 "Pastoral" (Resound Collection, Vol. 8) (2020)
FLAC (tracks) 24-bit/96 kHz | Time - 80:10 minutes | 1.40 GB
Studio Master, Official Digital Download | Artwork: Digital Booklet
The Orchester Wiener Akademie and its conductor Martin Haselböck continue the Resound Beethoven series, performed on period instruments and scrupulously respecting the orchestral layouts of 200 years ago. Volume 8, the last volume of the series, is devoted to two emblematic works, both of them dedicated jointly to Prince Franz Joseph Maximillian Lobkowitz and Count Andreas Kirillovich Razumovsky: Symphonies nos 5 and 6. Each of these symphonies has a name attached to it. While the Fifth Symphony is sometimes called the ‘Fate’ Symphony for more or less determined reasons, Beethoven himself named the Sixth ‘Pastoral’, thus pursuing the venerable tradition of the musical pastorale while conferring a new dimension on it.
Alpha Classical
Details 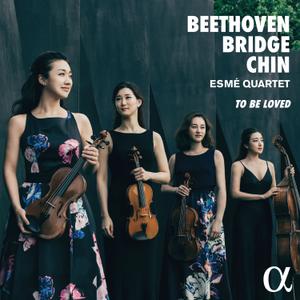 Esmé Quartet - Beethoven, Bridge & Chin: To Be Loved (2020)
FLAC (tracks) 24-bit/96 kHz | Time - 62:42 minutes | 1.15 GB
Studio Master, Official Digital Download | Artwork: Digital Booklet
With its collection created in collaboration with the Academy of the Festival d’Aix-en-Provence, Alpha continues to support new talents. The Esmé Quartet, consisting of four Korean women musicians, was founded in 2016 and is based in Germany. Its members have received guidance from Günter Pichler of the Alban Berg Quartett and Heime Müller of the Artemis Quartett, among others. In addition to winning the Prize of the Aix Festival Academy, they also received First Prize at the Wigmore Hall International String Quartet Competition in London.
Alpha Classical
Details 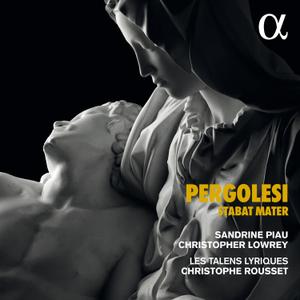 Sandrine Piau, Christopher Lowrey, Les Talens Lyriques, Christophe Rousset - Pergolesi: Stabat Mater (2020)
FLAC (tracks) 24-bit/96 kHz | Time - 65:55 minutes | 1.13 GB
Studio Master, Official Digital Download | Artwork: Digital Booklet
Longstanding partners Sandrine Piau and Christophe Rousset have frequently performed the Stabat Mater, an emblematic work of the eighteenth-century Neapolitan repertory, both together and with other musicians. It was therefore a natural step for them to record this supreme masterpiece of sacred music. They are joined here by a relative newcomer to Les Talens Lyriques who has also become a regular partner with the ensemble, the American countertenor Christopher Lowrey (already heard on an Alpha disc devoted to Monteverdi, Alpha 216).
Alpha Classical
Details 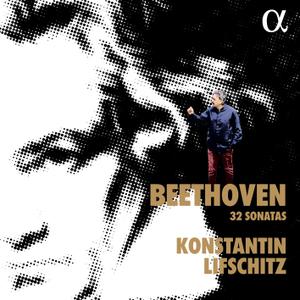 Konstantin Lifschitz - Beethoven: 32 Sonatas (2020)
FLAC (tracks) 24-bit/48 kHz | Time - 11:52:59 | 6.38 GB
Studio Master, Official Digital Download | Artwork: Digital Booklet
In a world like ours, shaped by centrifugal forces, even a monumental corpus like Beethoven’s thirty wo piano sonatas can appear in a new light. Chronological examination of its genesis reveals fascinating parallels. – The Sonatas op.2 were published in the last year of the French Revolution. The ensuing wave of political migration reached Vienna and also affected Elector Maximilian Franz, who was not only the brother of Marie Antoinette and Emperor Joseph II but had also been Beethoven’s employer in Bonn. – Beethoven gave compositional form to the triumph and downfall of a tyrant who brought war to Europe and occupied Vienna.
Alpha Classical
Details 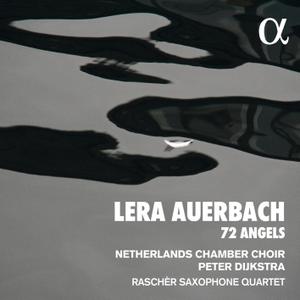 Netherlands Chamber Choir, Raschèr Saxophone Quartet & Peter Dijkstra - Auerbach: 72 Angels (2020)
FLAC (tracks) 24-bit/48 kHz | Time - 83:52 minutes | 756 MB
Studio Master, Official Digital Download | Artwork: Digital Booklet
‘72 Angels is a large-scale work for mixed choir and saxophone quartet. It is structured as seventytwo prelude-evocations and an epilogue. Each prelude sets to music one of the seventy- two names derived from an esoteric interpretation of Exodus 14:19-21. Angelic beings, spiritual guides, higher energies or messengers are a common theme throughout many belief systems in human history. My intention in 72 Angels was to focus on what the religious, spiritual, esoteric and mythological traditions of different cultures have in common. I would like to focus on what unites us through shared connections. These seventy-two evocations celebrate all angels in their multifaceted variations… My hope is that every listener or musician will adopt his or her own personal interpretation’ - Lera Auerbach The voices of the Netherlands Chamber Choir, directed by Peter Dijkstra, bring these angels to life here, accompanied by the Raschèr Saxophone Quartet.
Alpha Classical
Details 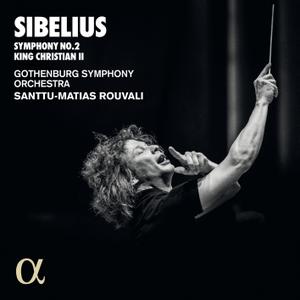 Gothenburg Symphony & Santtu-Matias Rouvali - Sibelius: Symphony No. 2, King Christian II (2020)
FLAC (tracks) 24-bit/48 kHz | Time - 70:36 minutes | 703 MB
Studio Master, Official Digital Download | Artwork: Digital Booklet
After the resounding success of Volume 1 (Gramophone Editor’s Choice, Preis der Deutschen Schallplattenkritik, Diapason d’Or, Choc de Classica, FFFF Télérama), the project to record the complete Sibelius symphonies continues with the Gothenburg Symphony Orchestra and Santtu-Matias Rouvali, whose career as a conductor is entering top gear: he has just been appointed Principal Conductor of the Philharmonia Orchestra in London. At the turn of the twentieth century, as Finland struggled to free itself from Russian rule, Sibelius and his wife faced several domestic dramas, including the loss of one of their daughters, Kirsti, to typhoid fever.
Alpha Classical
Details Filippo Gorini - Beethoven: Sonatas Op. 106 & 111 (2020)
FLAC (tracks) 24-bit/96 kHz | Time - 73:11 minutes | 572 MB
Studio Master, Official Digital Download | Artwork: Digital Booklet
After a first recording of Beethoven’s Diabelli Variations acclaimed by the critics (Diapason d’Or, BBC, Guardian, Le Monde) Filippe Gorini, a student of Alfred Brendel and winner of the first Prize and Audience Prize of the Bonn Beethoven Competition in 2015, pursues a fast-growing career. Here he returns to Beethoven and tackles the perilous Sonata no 29, known as the ‘Hammerklavier’, which the composer himself said would pose a challenge for future generations, along with the Sonata no 32, which according to Thomas Mann represents the supreme accomplishment of and ‘farewell’ to sonata form.
Alpha Classical
Details
Publication archive