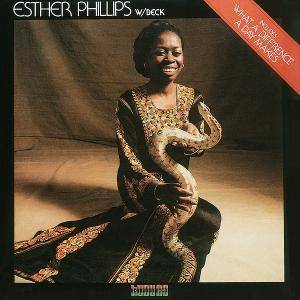 
Esther Phillips was an American singer, best known for her R&B vocals. She was a versatile singer and also performed pop, country, jazz, blues and soul music. In 1975, she released a disco-style update of Dinah Washington's "What a Diff'rence a Day Makes", her biggest hit single since "Release Me". It reached the Top 20 in the United States and the Top 10 in the UK Singles Chart. The accompanying album of the same name became her biggest seller yet, with arranger Joe Beck on guitar, Michael Brecker on tenor sax, David Sanborn on alto sax, Randy Brecker on trumpet, Steve Khan on guitar and Don Grolnick on keyboards.
Esther Phillips Joe Beck
Details 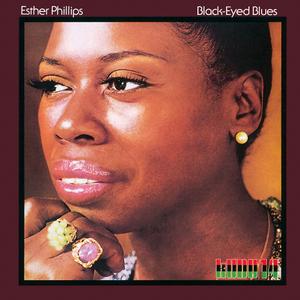 "Plenty of bongos and a liberal sprinkling of string-laden soul ballads and the extended soul-blues number seemingly de-rigeur for serious soul records of the 70s There's the cream of soul sessioneers and it's produced by Rudy Van Gelder of Blue Note fame so it all sounds tremendous. A little light on truly striking material to elevate it to classic status but it really hits the spot if you're in a red wine and 70s soul kind of place."