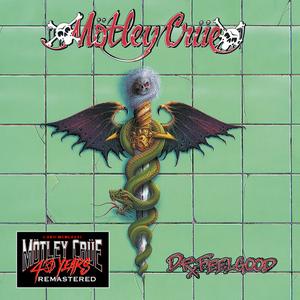 In celebration — both of that anniversary and the band's year-long recognition of their 40th anniversary in music — they announce the digital remaster of this decadent and unapologetically fun album, to be released worldwide on September 3.

Motley Crue will release a remastered digital version of their 1985 album, "Theatre Of Pain", on June 25 as part of the group's 40th anniversary celebrations.