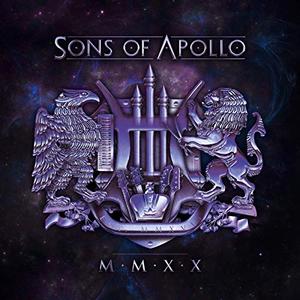 Sons of Apollo return with their sophomore album 'MMXX', the follow-up to their acclaimed 2017 debut 'Psychotic Symphony', as well as their epic 2019 live album 'Live with the Plovdiv Psychotic Symphony'. With 'MMXX', Mike Portnoy (drums & vocals), Derek Sherinian (keyboards), Jeff Scott Soto (vocals), Ron 'Bumblefoot' Thal (guitar & vocals) and Billy Sheehan (bass) are ready to take everything to a new level. "Stylistically, we have followed the same path as the debut," outlines Portnoy. "But we feel that it has come out stronger, simply because we know one another better. 'Psychotic Symphony' was the first time the five of us had worked together, so there was bound to be an air of experimentation happening.