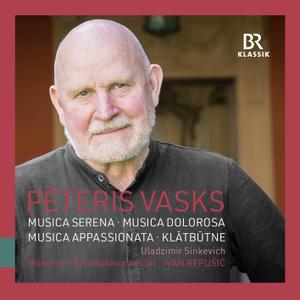 All the works of the Latvian composer Pēteris Vasks on this CD are written for string orchestra: the three connected compositions 'Musica serena' (2015, dedicated to the Finnish conductor Juhga Kangas), 'Musica dolorosa' (1983) and 'Musica appassionata' (2002), and also Vasks' Concerto No 2 for Violoncello and Strings, also known as 'Klātbūtne' ('Presence', 2011/12). Vasks' three instrumental pieces here are light-hearted, tragic (dealing with the death of his sister as well as the political situation in Latvia at the time), and passionate, providing an overview of the diversity of his work across a timespan of almost three decades. 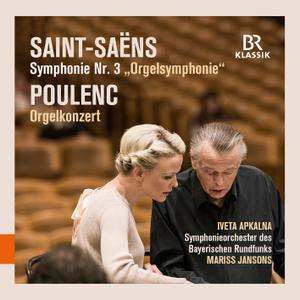 Two great symphonic organ concertos can be heard on the new album from BR-KLASSIK: the famous Organ Symphony by Camille Saint-Saëns and the lesser-known but highly impressive Concerto for Organ, Strings and Timpani by Francis Poulenc. The Symphonieorchester des Bayerischen Rundfunks is conducted by Mariss Jansons, and the organ soloist is the excellent Latvian musician Iveta Apkalna, one of the most renowned concert organists of our time. 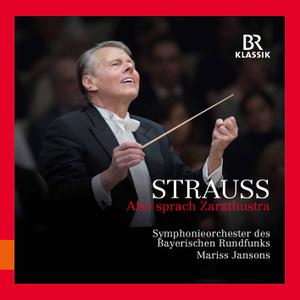 Bavarian Radio Symphony Orchestra & Mariss Jansons - Strauss: Also sprach Zarathustra, Op. 30, TrV 176 (Live) (2020)
FLAC (tracks) 24-bit/48 kHz | Time - 34:40 minutes | 360 MB
Studio Master, Official Digital Download | Artwork: Digital Booklet
It was as an obedient pupil of his father, the celebrated horn player Franz Strauss, that Richard Strauss began his musical career – entirely in the spirit of the classics and early Romantics, with proven forms and traditional genres. Strauss senior loathed Richard Wagner’s monstrous music dramas as well as the achievements of the “New German School” around Franz Liszt, with its avant-garde tone poems and extra-musical programmes. As Richard grew up, he shared his father’s views unquestioningly – but then found a mentor in Hans von Bülow, who, of all people, had once worked together very closely with Wagner. In 1885, Bülow engaged the 21-year-old Strauss as conductor of the Meiningen Court Orchestra. Its concert master, the radical Wagnerian Alexander Ritter, took the young man under his wing and acquainted him with the blessings of “progressive music” – with the result that Richard Strauss soon began composing symphonic poems himself.
BR-Klassik Classical Studio masters
Details 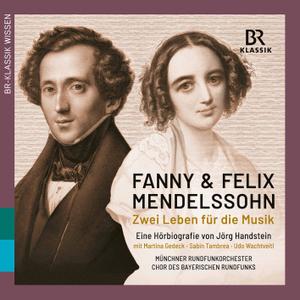 VA - Fanny & Felix Mendelssohn: Zwei Leben für die Musik (2020)
FLAC (tracks) 24-bit/48 kHz | Time - 290:19 minutes | 3.21 GB
Studio Master, Official Digital Download | Artwork: Digital Booklet
The two eldest children of the music-loving banker Abraham Mendelssohn and his wife Lea were highly musical: Fanny, born in late 1805, and her brother Felix, who was three and a half years her junior. The lucky children enjoyed a carefree youth, in which music played a central role. While Felix became a famous composer and conductor, Fanny, according to the dictates of the time, had to subordinate her own composing talents to a role as wife and mother.
BR-Klassik Classical Studio masters
Details 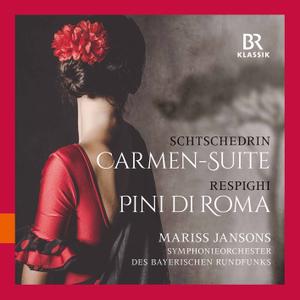 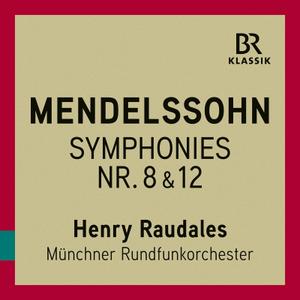 Munich Radio Orchestra & Henry Raudales - Mendelssohn: String Symphonies (2019)
FLAC (tracks) 24-bit/48 kHz | Time - 43:01 minutes | 445 MB
Studio Master, Official Digital Download | Artwork: Digital Booklet
It was thanks to his father's penchant for organizing musical concerts in his family's Berlin apartment on Sunday mornings that the 11-year-old Felix Mendelssohn began to compose quite a long series of string symphonies, and also that the works were initially performed. The study of music and composition spurred the young composer on greatly; his diligence as well as his youthful creativity developed early, and he made astonishing progress. In 1821, he wrote the first half of his string symphonies, which together took less than two years to complete. During performances that formed part of the concerts at home, he always took over the direction of the chamber orchestra, which consisted of amateur and professional musicians from the Berlin court orchestra.
BR-Klassik Classical Studio masters
Details
Publication archive