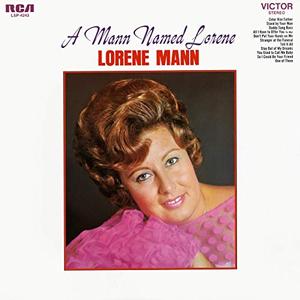 An irreverent songwriter, Lorene Mann achieved minor success as a Nashville-based country artist in the mid-‘60s. Her first success came as a duet partner with Justin Tubb and Archie Campbell, but when she struck out on her own she provided country fans with an oft not heard take on dating and love. Her "Don't Put Your Hands on Me" was a call to arms for any woman ever hit on in a bar by a drunken slob. Even more controversial was her song "Hide My Sin," in which she tells the sad tale of a woman who decides to terminate her pregnancy while backup singers chime in by spelling out ABORTION. After those minor hits, though, Mann soon faded from the scene. Perhaps her songs were just too far ahead of their time. In fact, they're still ahead of their time in conservative Nashville.