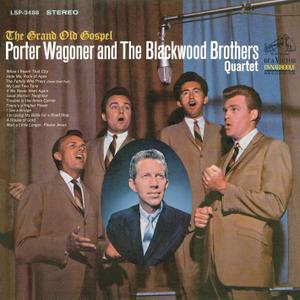 Recalling an era of all-night singalongs and Sunday dinners on the ground – that old time religion, as the song says – "The Grand Old Gospel" is rare example of mainstream Nashville releases making plain the connection between the country gospel of acts such as Porter Wagoner and the Southern gospel of great quartets such as The Blackwoods.
Porter Wagoner The Blackwood Brothers Quartet
Details 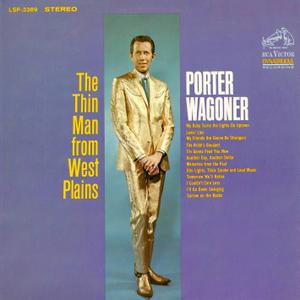 Porter Wayne Wagoner was an American country music singer known for his flashy Nudie and Manuel suits and blond pompadour. In 1967, he introduced singer Dolly Parton on his television show, and they were a well-known vocal duo throughout the late 1960s and early 1970s. Known as Mr. Grand Ole Opry, Wagoner charted 81 singles from 1954–1983. He was elected to the Country Music Hall of Fame in 2002. "The Thin Man From West Plains" have been recorded in Nashville, and released via RCA Victor label.
Porter Wagoner
Details 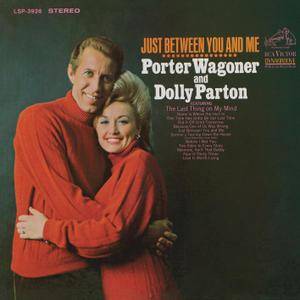 "Just Between You and Me" is Porter Wagoner & Dolly Parton's first duet album, released in January 1968, shortly after Parton joined Wagoner's band and became a regular on his weekly television show. The album's single was a cover of Tom Paxton's "The Last Thing on My Mind"; the album and the single reached the top ten on the country albums and singles charts, respectively. The title song, written by Jack Clement, had been a top-ten hit for Charley Pride earlier in 1967. Parton originally wrote "Put it Off Until Tomorrow" for artist Bill Phillips.
Porter Wagoner Dolly Parton
Details
Publication archive