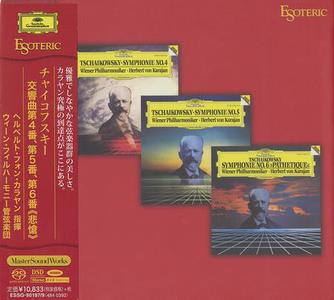 Recordings of such important music entities as the Vienna Philharmonic and Herbert von Karajan are always going to be of importance, and this set is no exception. It highlights a conductor in the twilight of his career with repertoire he was acutely familiar with, and had recorded many, many times. Japanese Esoteric label have produced to be the definitive issue of such recordings.
Herbert von Karajan Wiener Phiharmoniker Esoteric SACD
Details 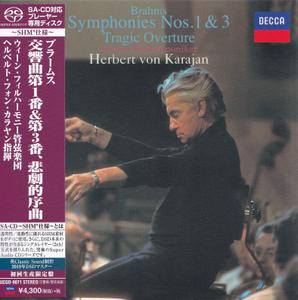 
By 90th anniversary of Decca's founding and 30 years after Herbert von Karajan's death, following three orchestral recordings by Karajan & Vienna Philharmonic have been converted from the original master to DSD by British Classic Sound. The Symphony No. 1 have been recorded by Karajan for Decca in 1959; Symphony No. 3 and Tragic Overture in 1961.
SACD Wiener Philharmoniker Herbert von Karajan DVD-A BD-Audio
Details
Publication archive