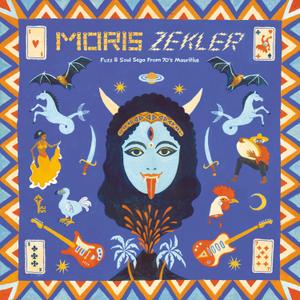 Created at the crossroads of Afro-Malagasy, the 70s strain fused Western and Indian cultures, pop, soul and funk arrangements, syncopated polyrhythms, saturated guitars, psychedelic organs and Creole vocals. Although the exact origins of sega remain unknown, it contains vocal and percussive practices that originated from Madagascar, Mozambique and East Africa. A social escape and a space for improvisation, satire and verbal jousting, it transcended everyday life and made room for the expression of conflicts and the transgression of taboos. The main instrument of sega is the ravanne, a large tambourine like drum made of a large wooden frame and goat skin. It is accompanied by the maravanne, a rectangular rattle filled with seeds, and other homemade forms of percussion.