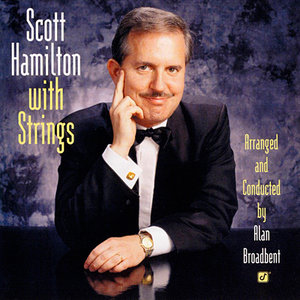 Saxophone heavyweight Scott Hamilton wanted to make an album that would stand up to the best of them and he wanted to do it the right way. To do this he choose some of his favorite ballads and played the songs live in studio with a large string section, with no overdubs or laid-in tracks. This album was arranged and conducted by Alan Broadbent. The record was recorded in Hollywood on October 5 & 6, 1992.
Scott Hamilton Studio Masters
Details 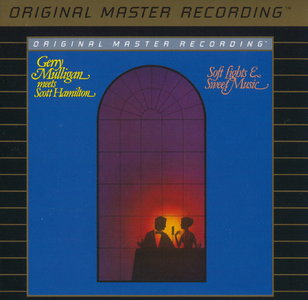 Starting in the late '50s, Gerry Mulligan recorded a series of encounters with fellow saxophonists that included such immortals as Stan Getz, Paul Desmond, Johnny Hodges and Ben Webster. In 1986 he resumed the practice for this one date on which his baritone is matched with the tenor of the young great Scott Hamilton. The music, which includes warm ballads and fairly hot romps (five of the seven songs are Mulligan originals), consistently swing and are quite enjoyable.
SACD Gerry Mulligan BD-Audio Scott Hamilton MFSL DVD-A
Details 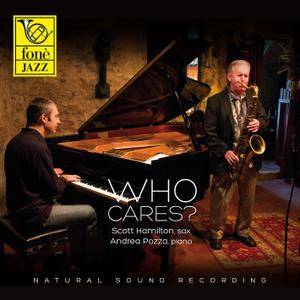 Scott Hamilton, Andrea Pozza - Who Cares? (2014)
FLAC (tracks) 24-bit/88,2 kHz | Time - 55:26 minutes | 1,05 GB
Studio Master, Official Digital Download | Artwork: Digital booklet
Two highly accomplished musicians playing in a historic venue! For once, it is the place to determine the release and success of a record. The place is an ancient residential palace in the heart of Tuscany, a family property turned into a hotel which has become over the last years a meeting place for artists and musicians. The meeting in this case was between Scott Hamilton, Andrea Pozza, Giulio Cesare and Alfred Kramer on the occasion of a concert of the two musicians held in the music room of the historic venue.
Andrea Pozza Scott Hamilton Studio masters
Details 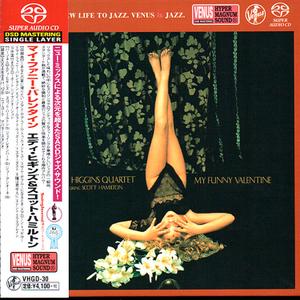 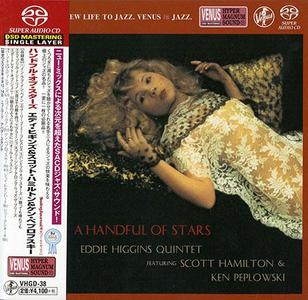