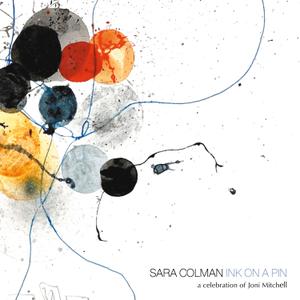 Sara Colman, the acclaimed UK singer, songwriter and composer, releases Ink On A Pin, her new album celebrating the music of Joni Mitchell, with striking new arrangements and poignant re-workings of seven songs from one of her most significant influences. Following her much-admired 2018 release, What We're Made Of, noted by American critic Ted Gioia as 'worthy of your attention', Colman's latest project amplifles her inventiveness and versatility, as she weaves elements of folk, Americana and jazz into expressive new arrangements of iconic songs drawn from Mitchell's celebrated catalogue. Inspired by her love of classic songwriting and instinctive improvisational energy, Mitchell's work has long had a profound impact on Colman. "My awareness of Joni's unfailing ability to write songs that are uniquely personal and yet universal has deepened as I discover more about what inspired her to write them, as they have inspired countless jazz musicians before me. Often with Joni, in writing about something in her life, she seems to encapsulate the very thing that you yourself are experiencing. Genius." 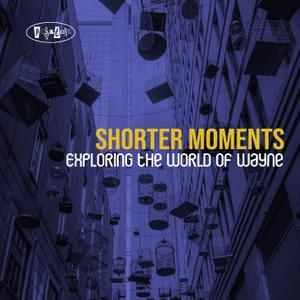 Acting upon the thoughtful advice to give out flowers to the living while they are still here to enjoy them, Posi-Tone would like to show our profound appreciation and affection for Wayne Shorter. With the release of “Shorter Moments,” we celebrate the music of this wonderful composer and present a special compilation of his compositions, lovingly performed over the years by a wide variety of artists from our talented roster. 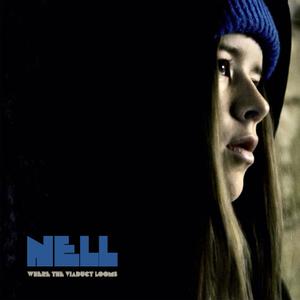 The Flaming Lips have announced Where The Viaduct Looms, an album of Nick Cave covers sung by the 14-year-old musician Nell Smith. A fan who first met Wayne Coyne while attending a Flaming Lips show with her family in 2018, Smith stayed in contact as she started learning guitar and writing her own songs. When a planned trip to record with the band in Oklahoma had to be cancelled due to COVID, Coyne suggested that they collaborate remotely. 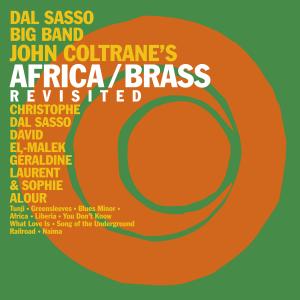 In 1961, John Coltrane made his very first record for the Impulse label and signed, on this occasion, an album unique in his rich discography because it is the only one that the saxophonist has ever recorded with a big band: "Africa/Brass". 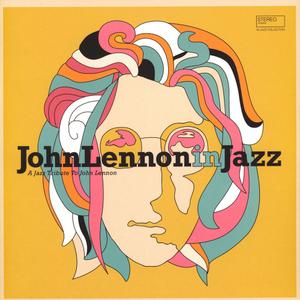 To celebrate the memory of John Lennon, rediscover all the greatest songs of the leader of the Beatles in a tribute from the Jazz scene. A selection of the finest covers ever made : from Imagine to Jealous Guy or even Come Together by such talented artists as Curtis Stigers, Lucky Peterson, Joe Jackson… 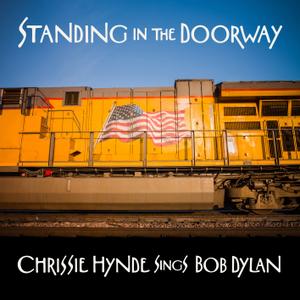 Standing In The Doorway: Chrissie Hynde Sings Bob Dylan will comprises nine renditions of Dylan’s songs and it’s due for release on 21 May – a few days before the icon’s 80th birthday. 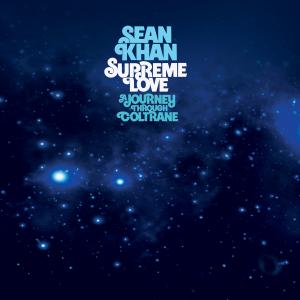 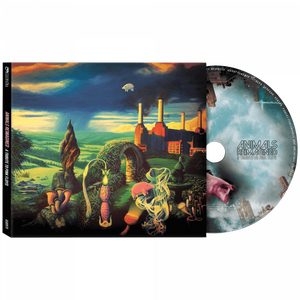 Pat Bianchi - Something to Say: The Music of Stevie Wonder (2021) 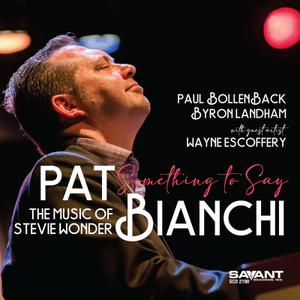 Perhaps no other instrument in jazz boasts such a classic and beloved status as the Hammond B3 organ. On stage it sits like a majestic relic from jazz's distant past, a slightly odd Rube Goldberg machine whose spinning speakers produce a saturated, unmistakable sound imbuing every performance with it's own recognizable style. That style has set deep roots in American music including, of course, jazz and blues, but it has also provided undeniable contributions to pop, funk and soul. So it should really be no surprise that organist Pat Bianchi would choose a program of Stevie Wonder's music for his second Savant Records release. 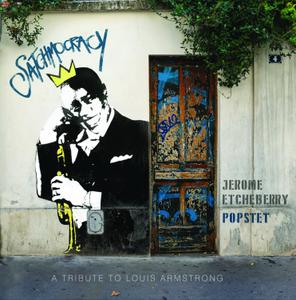 “SATCHMOCRACY knocked me out from start to finish and listening to it was one of my most satisfying experiences in a very turbulent year. Instead of pretending it’s the 1920s, Jerome Etcheberry and company perform this music in the 2020s, keeping it fresh-sounding and moving forward. In such a contemporary, swinging setting, Louis Armstrong’s original trumpet lines jump out and hit the listener between the ears in exciting new ways, especially when scored for multiple instruments and when placed over consistently shifting rhythms. It’s further proof that every note Armstrong played will simultaneously remain hip and timeless, especially when presented the way it’s done on SATCHMOCRACY!”

VA - Paint It Black: An Alt Country Tribute To The Rolling Stones (2011) 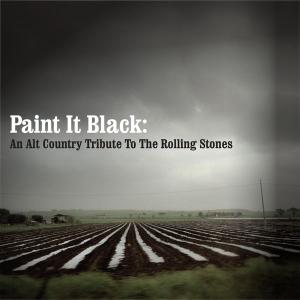 VA - Paint It Black: An Alt Country Tribute To The Rolling Stones (2011)
FLAC (tracks) - 407 MB | 1:08:29
Country Rock | Label: Reimagine Music
In September 1973 a unique and mystical patch of Southern California was the site of a heroin overdose, a corpse-napping and a subsequent well-intended, but badly botched, cremation. The deceased was alt-country patron saint/ex-Byrd and Burrito Brother/friend of Keith Richards: Gram Parsons. Just as the Rolling Stones were initially inspired by the likes of Muddy Waters, Bo Diddley and Solomon Burke, there would be a period in the early 1970’s where Parsons would occupy Keith’s attention and briefly influence the World’s Greatest Rock and Roll Band.
The Rolling Stones Tribute 2011 Alt-Country Country Rock Lossless FLAC
Details 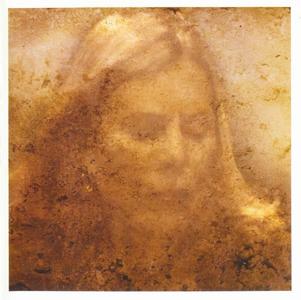 Prior to this moment, only in our wildest and sauciest dreams could we picture Sufjan Stevens, Björk, Brad Mehldau, Prince and James Taylor rolling around together. Nonesuch Records, however, has made our dreams a reality.
Joni Mitchell covers dot the musical landscape the way Tim Hortons doughnut shacks line the highways of Ontario. It's a little surprising, then, that the first Mitchell tribute album to be released on a major U.S. label didn't emerge until 2007, which was coincidentally the same year Mitchell was scheduled to release Shine, her first studio effort to appear in some ten years. And as far as tribute albums go, A Tribute to Joni Mitchell isn't half bad. The compilation is split up between songs that were recorded specifically for the tribute album, such as Sufjan Stevens' "A Free Man in Paris," and those that were recorded and released previously, such as James Taylor's "River"… 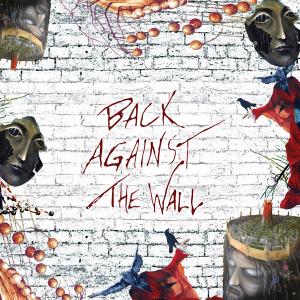 VA - Back Against the Wall - A Tribute to Pink Floyd (Bonus Track Version) (2015)
FLAC (tracks) - 726 MB | MP3 CBR 320 kbps - 286 MB
1:46:04 | Rock, Progressive Rock | Label: Purple Pyramid Records
A multitude of classic rockers/prog rockers have united to cover the Wall in it's entirety, under the title Back Against the Wall. Led by producer Billy Sherwood, a rotating case of musicians was assembled to make anyone with a well-worn copy of Tales of Topographic Oceans drool with excitement - Yes' Rick Wakeman, Chris Squire, Alan White, and Geoffrey Downes; King Crimson's Adrian Belew, Tony Levin, and John Wetton; Styx's Tommy Shaw; ELP's Keith Emerson, and Jethro Tull's Ian Anderson, among countless others. Interestingly though, it can be argued that the Wall was Pink Floyd's least "progressive" album, as the group focused on tight song structures - obviously inspired by the then burgeoning new wave and punk movements. The performances are expectedly spot-on (and it's quite impressive how they re-created all the sound effects/spoken word bits so precisely), and stick very close to the originals - except for a Chris Squire-led take of "Comfortably Numb," which adds a few extra bits.
Various Artists VA 2015 Rock Progressive Rock Tribute Pink Floyd FLAC MP3
Details 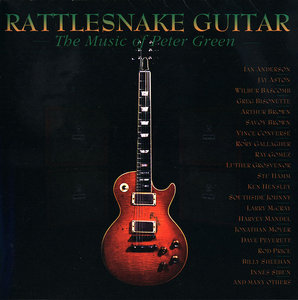 A massive, 2-disc compilation featuring cover versions of virtually every Peter Green song written during his Fleetwood Mac period, and a few drawn from his mid-80s solo period. While there are some weaker moments in this 39-track collection, the majority of the interpretations feature blues guitar, piano and vocal at their very best. Rather than simply pay tribute to Peter Green by faithfully imitating his material, the artists have chosen to re-interpret these songs and in most cases the results are superb. The power of Green's influence is felt all the more deeply when so many artists use his music as a jumping-off point. A must have item for blues guitar fans. 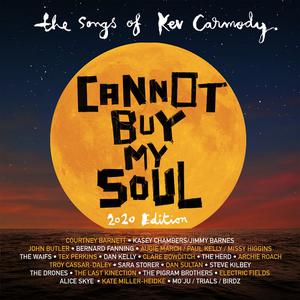