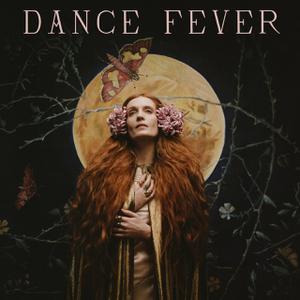 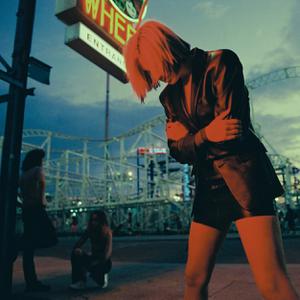 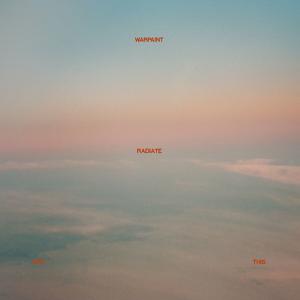 Radiate Like This - Warpaint’s much anticipated new record, not to mention their first in almost 6 years - arrives with its own very modern mythology intact, continuing the strange, brilliant, beautiful story of the band and quite neatly picking up where Heads Up left off. If the previous album was the coming of age, Radiate Like This presents Warpaint mk II in all their glory, a luminous coalescence of sound and vision which stubbornly belies its genesis, with the quartet of Kokal, Theresa Wayman, Stella Mozgawa and Jenny Lee Lindberg all recording their parts separately in various cities. “It’s the first time we’ve ever made an album like that, but in a weird way, it made us take our time with everything”, muses Kokal. “The process felt more meditative, less rushed”. This new sense of quiet confidence can be heard all through the album, in the hushed, slow build of first single “Champion” the beguiling push pull of “Proof”, the delicate intricacy and complexity of tracks like “Melting” and the winking “Send Nudes”. It’s an album that pulsates with ideas, energy and- most crucially – gorgeous melodies. Listen on in wonder. 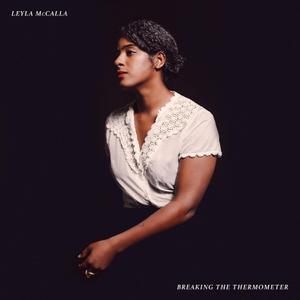 Haitian American singer-songwriter Leyla McCalla (Our Native Daughters), who now calls New Orleans home, chronicles a vital part of Haitian history with a groundbreaking concept album made in partnership with Duke University. Breaking the Thermometer draws inspiration from the story of Radio Haiti, a now-defunct independent radio station that, in addition to playing Creole music and broadcasting primarily in Creole language in the French-dominated country, used its platform to challenge corruption in Haiti. McCalla spent time with Duke’s archive of Radio Haiti recordings and devised a multidisciplinary stage show around the material, the music from which makes up Breaking the Thermometer. Primarily performed in Creole, Breaking the Thermometer is part homage, part time capsule, part journalistic reporting, all anchored by McCalla’s dynamic voice, masterful banjo picking and deep connection to her roots. Highlights include “Fort Dimanche”, named for an infamous French-built former prison known for torturing inmates, and the jazzy, English-language “You Don’t Know Me”. 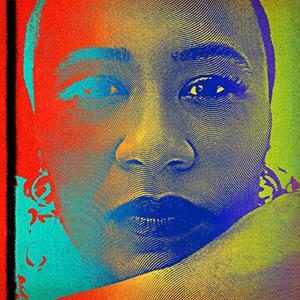 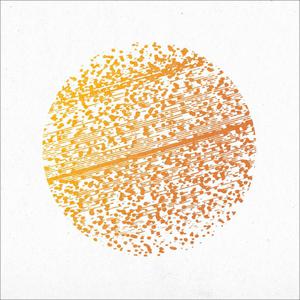 Dutch/Norwegian rockers THE GATHERING will release their first studio album in almost a decade, "Beautiful Distortion", in early spring 2022 via Psychonaut Records. Produced by Attie Bauw, who previously worked on 2006's "Home" and 1998's "How To Measure A Planet?", the band's 11th studio LP will contain eight songs with a running time of nearly 50 minutes. 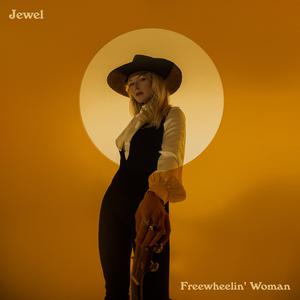 On her new album Freewheelin’ Woman, Jewel presents her boldest and most unbridled body of work to date, revealing entirely new dimensions of her breathtaking voice. In giving life to such a powerful selection of songs, the four-time Grammy Award-nominated artist immersed herself in a process she refers to as a spiritual rewilding—a reawakening of the raw creative energy that first set her on her path as an ever-evolving singer/songwriter. 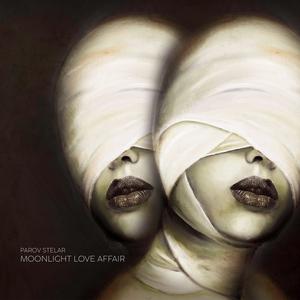 Moonlight Love Affair is a love relationship in which there are no boundaries. The moon colours the world in a different light and makes us see and feel things with different eyes. 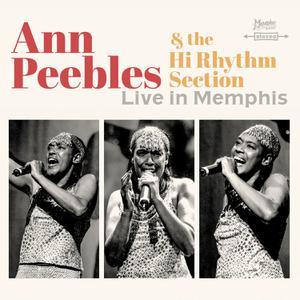 This recording captures Ann Peebles only live recording with the Hi Rhythm Section. Recorded at a show in February 1992, Ann Pebbles and the Hi Rhythm Section on a bill with Otis Clay called an Evening of Classic Soul. The show was spectacular as the Hi Rhythm Section locked in as they did when they recorded her albums. joining her that night was a crack horn section and her background singers including the equally soulful David J. Hudson. They cruise through hit after hit with Ann showing why she was one of the all time great female vocalist. 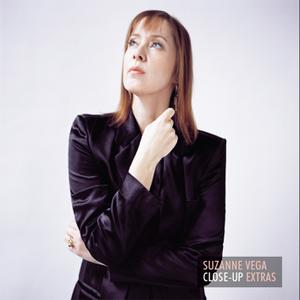 Twelve tracks originally recorded in 2010 to 2014 as part of the Close Up series of acoustic reimaginings of Suzanne’s favorite songs. Never before released! 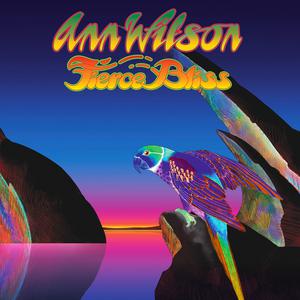 With Fierce Bliss, the legendary Rock And Roll Hall of Fame inductee Ann Wilson -recognized as one of the greatest singers of all time and co-founder of multi-platinum stars Heart- has created a supremely lavish, warm and seductive slice of rock ‘n’ roll which provides an instant soundtrack whether on the freeway or in front of the fireplace. Recorded between Fame Studios in Muscle Shoals, AL and Power Station, Waterford, CT, Wilson got together with famed Nashville session guitarist Tom Bukovac and invited several friends (including Warren Haynes, Kenny Wayne Shepherd and Vince Gill) to help fashion an album which carries the glow of an ochre sunset and the pristine vocals of a rock legend who still has every single unique octave at her fingertips. 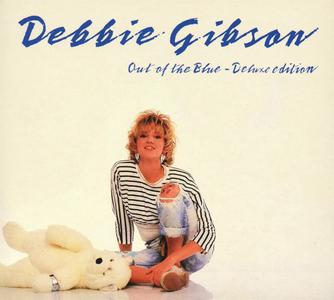 Extensive four disc (three CDs + NTSC/Region 0 DVD) reissue of Debbie Gibson's big selling Atlantic Records' debut album from 1987. Featuring the hit singles 'Only In My Dreams', 'Shake Your Love', 'Out Of The Blue', 'Foolish Beat' and 'Staying Together' plus the videos to all five singles. With a 2021 introduction written by Debbie, and many mixes, new-to-CD, from the original master tapes. Including 'Out Of The Blue: Live In Concert' plus bonus Up Close And Personal interview special on the DVD. Cherry Red are delighted to announce the first in a series of Debbie Gibson reissues. Signed to Atlantic Records at 16, Debbie became a teen sensation in 1987. Thanks to a string of international pop hits, the singer-songwriter rapidly became a household name around the globe. Within the space of 12 months, Debbie had scored US Top Ten singles with 'Only In My Dreams' (US #4, UK #11), 'Shake Your Love' (US #4, UK #7), 'Out Of The Blue' (US #3, UK #19) and 'Foolish Beat' (US #1, UK #9), all taken from the 'Out Of The Blue' album, which would ultimately sell over five million copies worldwide, earning a Gold record in the UK. 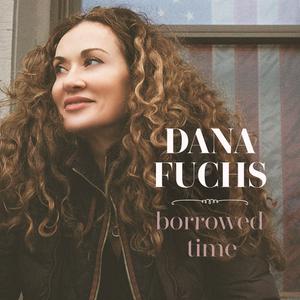 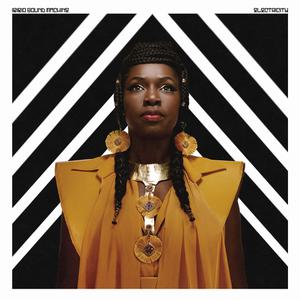 Electricity was produced by the Grammy Award– and Mercury Prize–nominated British synthpop group Hot Chip, a collaboration born out of mutual admiration watching each other on festival stages, as well as a shared love of Francis Bebey and Giorgio Moroder. The fruits of their labor reveal a gleaming, supercharged, Afrofuturist blinder. Electricity is the first album Ibibio Sound Machine have made with external producers since the group’s formation in London in 2013 by lead singer Eno Williams and saxophonist Max Grunhard. True, 2017’s Uyai featured mixdown guests including Dan Leavers, aka Danalogue, the keyboard jedi in future-jazz trio The Comet Is Coming, but Hot Chip and Ibibio Sound Machine worked together more deeply throughout the process, collaborating fully. Along the way, the team conjured a kaleidoscope of delights that include resonances of Jonzun Crew, Grace Jones, William Onyeabor, Tom Tom Club, The J.B.’s, Jon Hassell’s Fourth World, and Bootsy Collins. 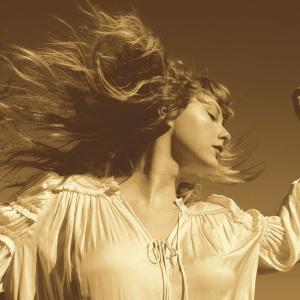 "Fearless was an album full of magic and curiosity, the bliss and devastation of youth. It was the diary of the adventures and explorations of a teenage girl who was learning tiny lessons with every new crack in the facade of the fairytale ending she'd been shown in the movies. I'm thrilled to tell you that my new version of Fearless is done and will be with you soon. It's called Fearless (Taylor's Version) and it includes 27 songs."