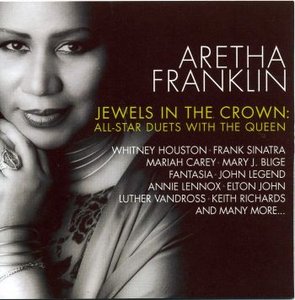 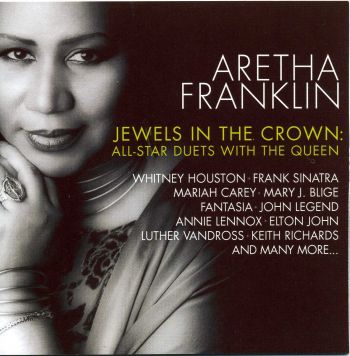 The good stuff on here includes a few well-known recordings, like the hit "Sisters Are Doing It For Themselves" with Annie Lennox, and some new numbers, like "What Y'All Came To Do," a repetitive but crisp dance number with John Legend in which the nu-soul crooner shows some uncharacteristic spunk, singing the chorus and bantering with Aretha. Backed up by Bonnie Raitt and Gloria Estefan on "Natural Woman" and by Mariah Carey on "Chain of Fools," the legend sounds great, but how could anyone (especially Herself) screw up those classics?

Two duets with Mary J. Blige turn out well, especially the gospel track "Never Gonna Break My Faith." But a lot of the rest is just '80s (and 80s-style) hokum, bland songs with no purpose but for a singer to exercise his or her lungs. One could imagine Aretha teaming successfully with the likes of Elton John, Whitney Houston, Michael McDonald, Luther Vandross, and George Benson, but one will have to keep imagining. Without a halfway decent song to sing, what was the point of wasting the time of all those musicians and engineers (not to mention ours)?

Of note, but not in a good way, is the disappointing new duet with Fantasia, who can light up a stage on her own terms, but comes off as a lightweight trying to match vocals with the Queen of Soul. And the less said about the grafted-on duet with Frank Sinatra's recording of "What Now My Love," which was crappy in the first place, the better. Aretha sounds great on it, but it was very, very far from Ol' Blue Eyes's finest moment, and whoever decided to resurrect it for this purpose should be stripped of his or her license to practice A&R.

The disc ends with Aretha's famous rendition of "Nessum Dorma" from the 1998 Grammy Awards broadcast, when she stepped in for the ailing Luciano Pavarotti at almost literally the last minute. Aretha sang the aria, in the tenor's key, with a 72-piece orchestra, and brought down the house. It was a truly magic moment in the history of music, one of many Aretha has given us - but given us, virtually always, entirely on the strength of her own matchless voice and peerless soul. This CD ain't gonna change that.

Have a nice day.