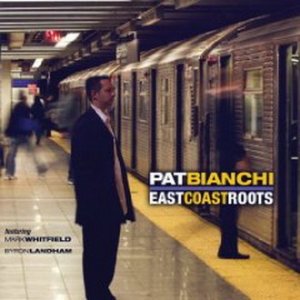 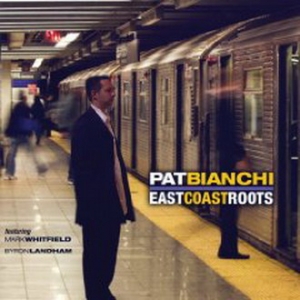 Inspired by Joey DeFrancesco and, like every organist, by Jimmy Smith, Pat Bianchi plays very much in their two overlapping styles. This set teams him with guitarist Mark Whitfield (who spent a period playing with Smith) and with DeFrancesco’s longtime drummer, Byron Landham. To try something a little different, Bianchi recorded eight songs that are not associated with organists and in most cases were probably never recorded previously by an organist. The modern jazz classics, which include songs by Bobby Hutcherson, John Coltrane (”Straight Street”), Jimmy Heath, and Bill Evans, all adapt themselves well to this soul-jazz setting, particularly “Gingerbread Boy” and Ernie Wilkins’ exciting “Dizzy’s Business.” Fans of the Hammond B-3 organ now have another hero in Pat Bianchi. East Coast Roots is an excellent example of his artistry.
By Scott Yanow(AMG)