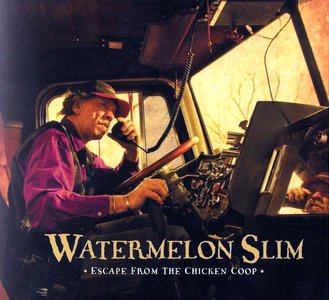 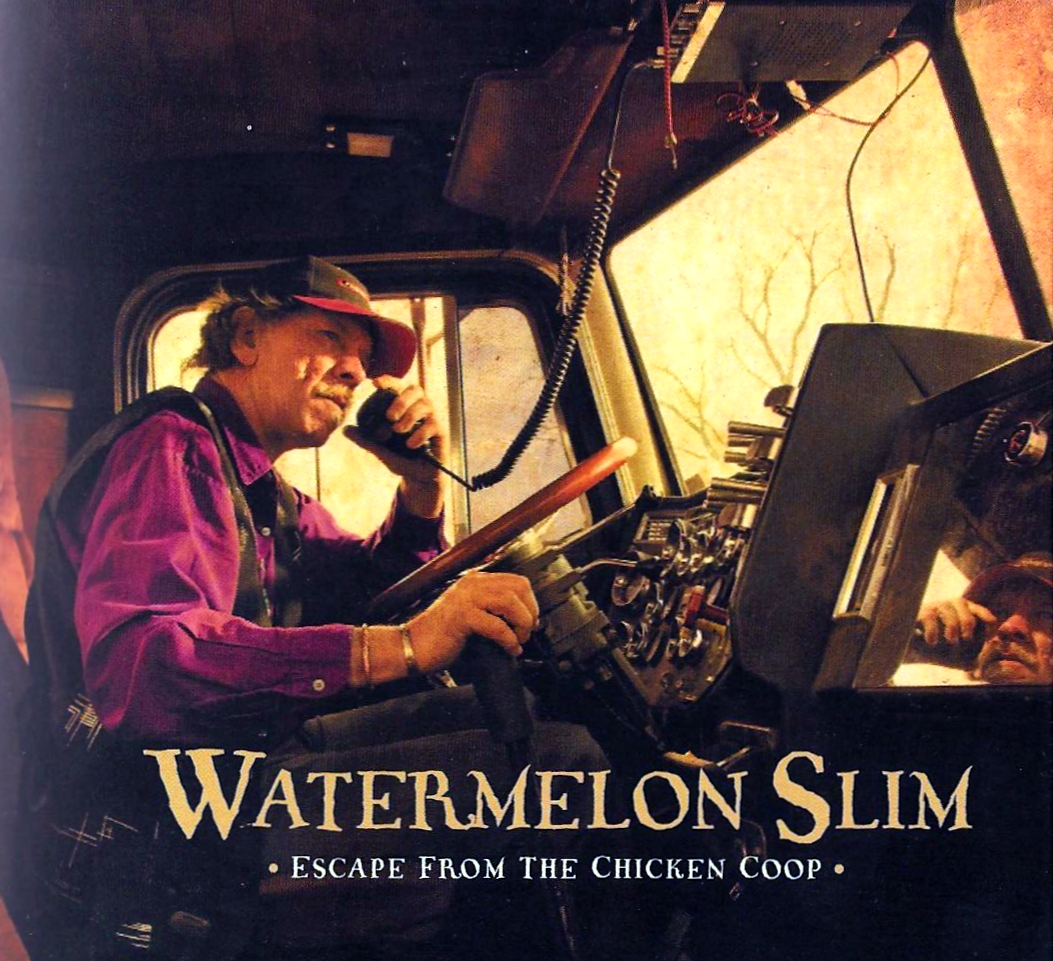 Product Description: Watermelon Slim is one of the top Blues stars in the world right now. Last year's winner of Band Of The Year and Album Of The Year at the Blues Music Awards, Escape From The Chicken Coop finds Slim in top shape - albeit with a Nasville twang. This CD was recorded in Nashville with the finest Country artists available.

Biography: An ever-expanding career of ramshackle grandeur. Bill "Watermelon Slim" Homans has built a remarkable reputation with his raw, impassioned intensity. HARP Magazine wrote "From sizzling slide guitar…to nitty-gritty harp blowing…to a gruff, resonating Okie twang, Slim delivers acutely personal workingman blues with both hands on the wheel of life, a bottle of hooch in his pocket, and the Bible on the passenger seat." Paste Magazine writes "He's one hell of a bottleneck guitarist, and he's got that cry in his voice that only the greatest singers in the genre have had before him."
The industry agrees on all fronts. Watermelon Slim & The Workers have garnered 17 Blues Music Award nominations in four years including a record-tying six in both 2007 & 2008. Only the likes of B.B. King, Buddy Guy and Robert Cray have landed six in a year and Slim is the only blues artist in history with twelve in two consecutive years. In Spring 2009 he was the cover story of Blues Revue magazine. Now, Watermelon Slim is making more waves with Escape From the Chicken Coop, his first-person account of the days he spent driving a truck. It is just one of many instances of a life spent changing gears.
Two of Slim's records were ranked #1 in MOJO Magazine's annual Top Blues CD rankings. Industry awards include The Independent Music Award for Blues Album of the Year, The Blues Critic Award and Canada's Maple Blues Award for International Artist of the Year among others. Slim has hit #1 on the Living Blues Charts, top five on the Roots Music Report and debuted in the top ten in Billboard. One of Slim's most impressive industry accolades may be the liner notes of The Wheel Man eagerly written by the late legendary Jerry Wexler who called him a "one-of-a-kind pickin' n singing Okie dynamo." Slim has been embraced for his music, performances, backstory and persona. He has appeared on NPR's All Things Considered, The BBC's World Service and has been featured in publications like Harp, Relix, Paste, MOJO, Oklahoma Magazine and Truckers News as well as newspapers like The London Times, Toronto Star, Chicago Sun-Times, The Village Voice, Kansas City Star, Philadelphia Inquirer, and Michelle Shocked's JAMS Magazine.
The Memphis Flyer led its terrific CD review with the question "Does anyone in modern pop music have a more intriguing biography than Bill "Watermelon Slim" Homans?"
Slim was born in Boston, his father was a progressive attorney and freedom rider and his brother is a classical musician. He was raised in North Carolina listening to the housekeeper sing John Lee Hooker songs. Slim attended Middlebury on a fencing scholarship but left early to enlist for Vietnam. While laid up in a Vietnam hospital bed he taught himself upside-down left-handed slide guitar on a $5 balsawood model using a triangle pick cut from a rusty coffee can top and his Army issued Zippo lighter as the slide.
Slim first appeared on the music scene with the release of the only known protest record by a veteran during the Vietnam War. The project was Merry Airbrakes, a 1973 protest tinged LP with tracks Country Joe McDonald later covered. In the following 30 plus years Slim has been a truck driver, forklift operator, sawmiller (where he lost a partial finger), firewood salesman, collection agent, funeral officiator and at times a small time criminal. Due to aforementioned criminality, Slim was forced to flee Boston where he had played peace rallies, sit-ins and rabbleroused musically with the likes of Bonnie Raitt. Recently Raitt singled out Slim to her audience as a living blues legend during a summer 2009 performance.From Boston Slim landed in his current home state of Oklahoma farming watermelons - hence his stage name. Somewhere in those decades since Vietnam Slim completed two undergrad and a master's degree, started a family, painted art and joined Mensa, the social networking group reserved for members with certified genius IQs. When he's not on tour Slim loves to fish and at the age of 60 bowls a steady 240 in his local league.
The big turning point was 2002 when Slim suffered a near fatal heart attack. His brush with death gave him a new perspective on mortality, direction and life ambitions and thus his second emergence as a performing musician. Five albums later he says, "Everything I do now has a sharper pleasure to it. I've lived a fuller life than most people could in two. If I go now, I've got a good education, I've lived on three continents, and I've played music with a bunch of immortal blues players. I've fought in a war and against a war. I've seen an awful lot and I've done an awful lot. If my plane went down tomorrow, I'd go out on top." And when you watch him perform, you know every word is true.
Throughout his storied past, it has always been truck driving that Slim returned to. While trucking and hauling industrial waste for thankless bosses at hourly wages to support himself and his family, his id yearned for release of the musician inside. In fact, many of Slim's current songs began a cappella in his rig keeping him awake and entertained. Escape from the Chicken Coup captures those long hours of now and then, finally and cathartically acquiescing to his id. 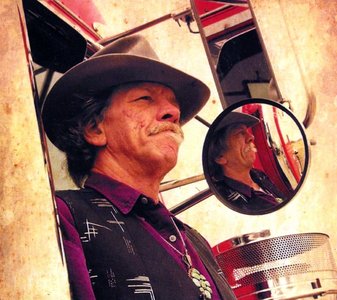 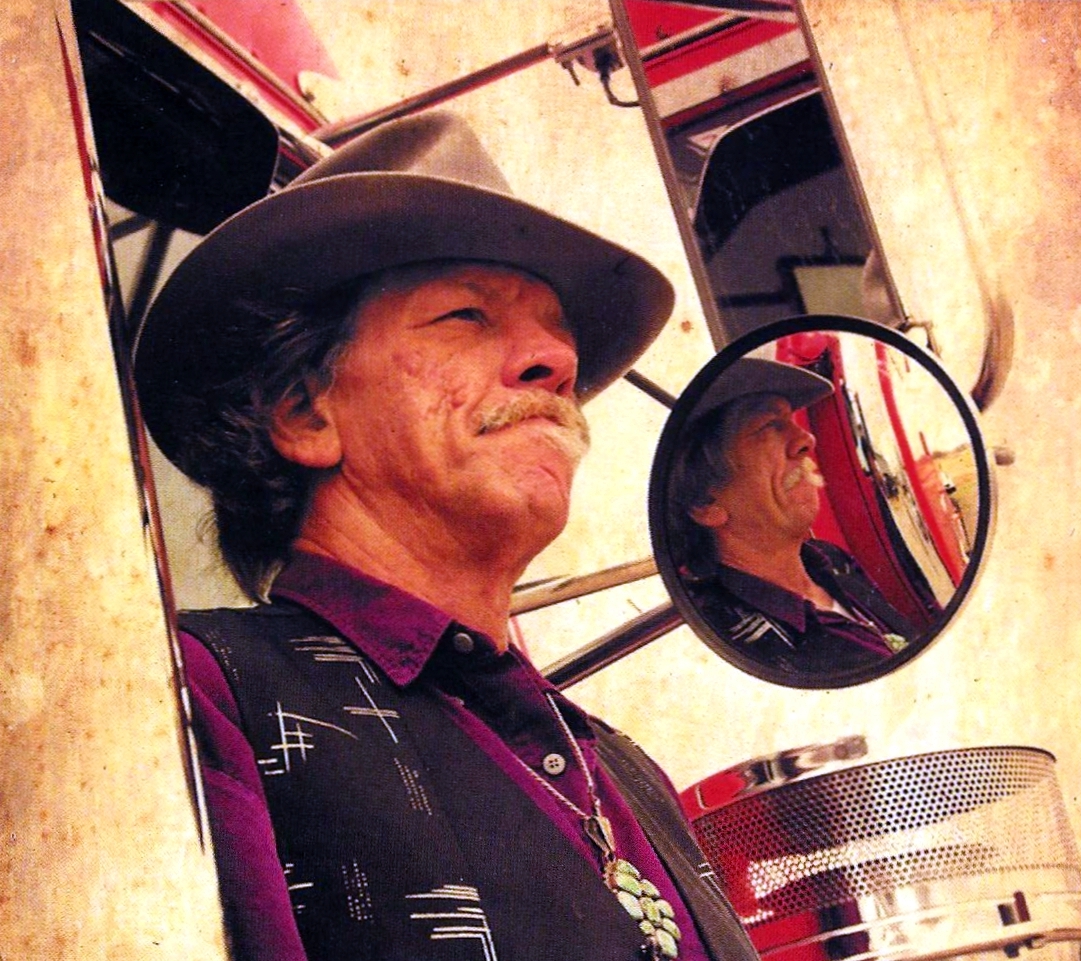 Review: Escape From The Chicken Coop finds Slim changing directions a bit from his previous three albums (Watermelon Slim & The Workers, The Wheel Man, and No Paid Vacations). He's working with musicians outside of his regular band, The Workers. He's also taken his sound a little more in the country direction, working and co-writing with Gary Nicholson. Nicholson has worked often with Delbert McClinton and recently with Buddy Guy. Slim has often written about the time spent as a truck driver, and that becomes the central focus for Escape From The Chicken Coop. The Coop sessions yielded 21 songs, from which 13 were chosen for the album.
Slim has been nominated for 17 Blues Music Awards in the past four years, including six in 2007 and 2008. In 2008, his The Wheel Man album won Album of the Year and he and his band, The Workers, were honored as Band of the Year.
It's been told and re-told, but no musician I know of has a biography quite as interesting as that of Slim. He is a Vietnam War veteran, wounded in service. In addition to watermelon farming, the occupation that birthed his stage name, he's been a small-time crook, truck driver, forklift operator, sawmiller, firewood salesman, collection agent, funeral officiator, and part-time musician. He's also completed two bachelor's degrees, a master's degree, and joined Mensa after having scored at the genius level on an IQ test. After a near fatal heart attack in in 2002, Slim decided to follow his heart and make music his full-time vocation. 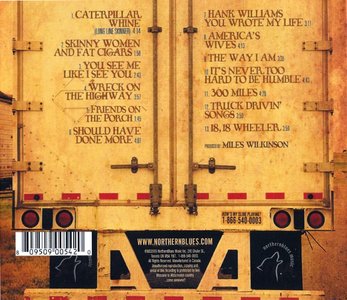 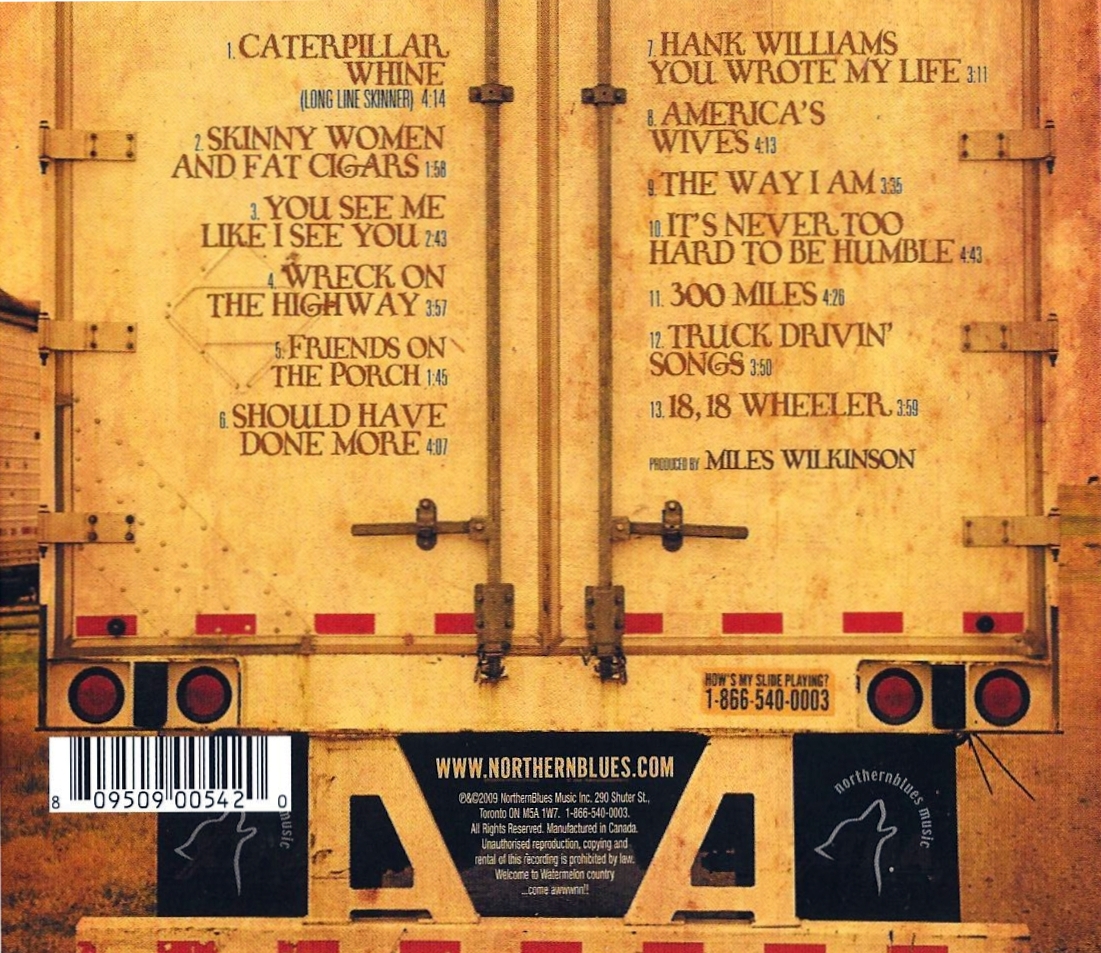 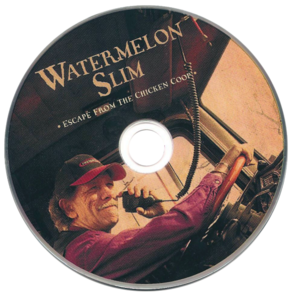 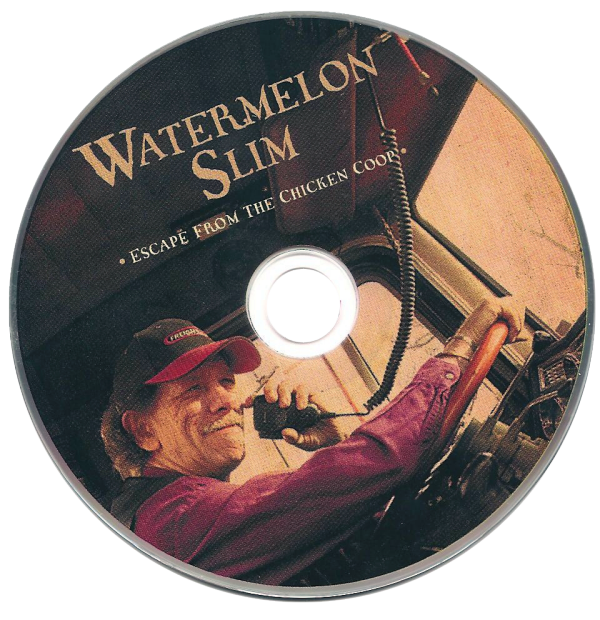