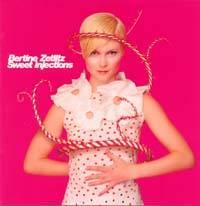 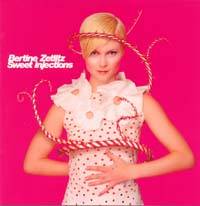 Bertine Zetlitz has a sweet voice and an undeniable talent for making catchy tunes. Some of them so catchy that portions of them turn into what our German brothers and sisters call 'earworms', that very annoying piece of music that loops and stays in your inner ear, slowly driving you mad. The funny thing is that the first few tracks and the album art sort of gives the impression that this is exactly what she wants. You know, cute but naughty, in a way. Both this persona and quite a few of the tracks (notably the tenth one, "Let Armies Loose") owe more than a small debt to Björk Gudmundsdottir. But I get ahead of myself.

As I said, the tunes are very catchy. Bertine Zetlitz and her collaborators have made an album full of catchy tunes, imaginatively sung by a woman of quite some talents and gifts. Mostly electronic pop with some judiciously applied guitar and banjo. It sounds clean, but not sterile, and the only really annoying thing about the album is Ms Zetlitz' tendency to whisper her lyrics, somthing that's probably meant to sound naughtily seductive, but which falls flat. After listening to this album a few times, it feels as if I don't like the last half of it, but that may be a matter of tiring of the sound. Next time I play it, I'll play the tracks in random order and see what happens.
Tracklist:
1.For Fun
2.Sickest Girl
3.Twisted Little Star
4.Blow Over
5.Girl Like You
6.Wild Kisses
7.Piper Piper
8.Chainsaw
9.So Beautiful
10.Death In Her Room
11.Let Armies Loose
12.Slowly