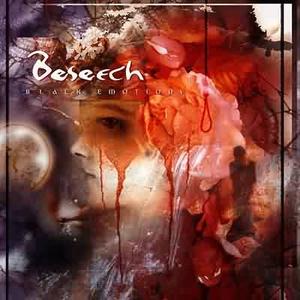 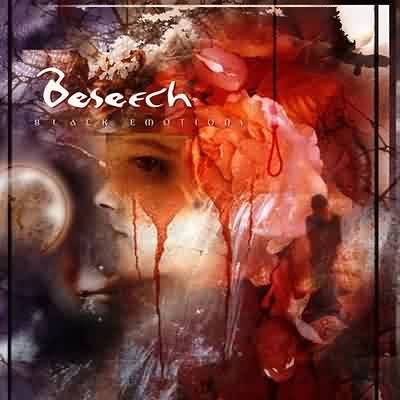 Beseech, a band whose music paces with deep emotions and thoughts, a band whose compositions take you through dreamy and emotional soundscapes to imaginary landscapes where you lose yourself into dreams, thoughts, emotions…

“Black Emotions” is their second album, released during 2000. The Doom/Death/Gothic sound of the debut album “From a Bleeding Heart” starts to fade away and Beseech start to embrace gothic elements more (while listening to the album the gothic rock influences are quite obvious, but most of the times they are being expressed through a metal prism). Jörgen Sjöberg’s voice sounds more melodic, leaving behind his brutal way of expressing himself but without losing in aggression while interpreting; his voice remains utterly descriptive expressing various “black emotions” in a unique way. From this album and on Lotta Höglin will join forces with Beseech and with her sweet emotional voice will lend the band new ways of deep expression.
Place “Black Emotions” into your cd-players, press the “repeat” button, close the lights and let yourselves into the enchanting atmosphere that only Beseech can evoke…
…”Manmade Dreams” echoes in the room and “Black Emotions” begins with a wonderful and inspired composition. “Firewalk” that follows constitutes a lovely love song that travels you to a dimension where lovers burn in the everlasting flames of passion; Lotta and Jörgen form a lovely duet during the refrain.
The album continues with many monumental compositions that will haunt you for many sleepless nights. ”Little Demonchild” which follows will make you lose yourselves in the sweet darkness that this composition evokes with the tranquil violin melodies, the emotional guitar chords, the beautiful vocals of Lötta and an expressive Jörgen reminding me of Carl McCoy at moments. The album continues with the lyrically thoughtful and musically wonderful and inspired “Ghost Story” and then follows the dreamy composition “Neon Ocean” which is based mainly on the expressive calm vocals of Jörgen and the piano/keyboard melodies that enchant the listener.
The utterly emotional and full of wishes “Lunar Eclipse” that comes next bewitches the listener by the first moment he listens to it. And now the time comes for the exceptional composition “Velvet Erotica”, an up-tempo composition with an exceptional interpretation by Jörgen himself!
“Universe”, a dreamy instrumental composition that follows, will simply make you lose yourselves into a universe of emotions through the lovely piano pieces leading to the next composition of the album, “Wounded”; its lovely melodies cut you with rose-leafs and leave you alone “wounded” and bleeding…
The album ends in an appropriate way with an instrumental composition named “Black Emotions” leaving nothing behind but “black emotions” into the listener’s heart…
If you don’t own this album leave immediately for the nearest music store and get it! “Black Emotions” is definitely a sparkling diamond of lost emotions in the dark!