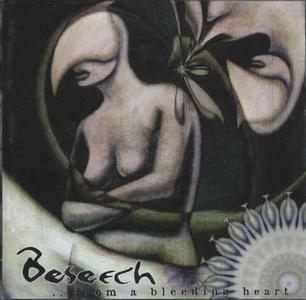 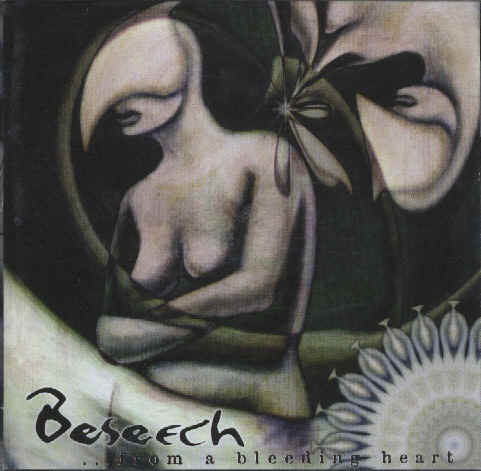 The first official release of Beseech, “From A Bleeding Heart”, came out during 1999 and it was obvious from back then that this band had to offer a lot to the metal scene, whether moving in gothic/doom metal soundscapes, or walking on the thin line of gothic metal and gothic rock (as they do today).
Beseech back then didn’t sound the way they sound today, yet, the sound they had was brilliant and utterly emotional. Harmonizing beautiful doom metal elements with a gothic aesthetic as well as gothic rock references let them achieve an outcome which was music and emotions coming straight “from a bleeding heart”, evoking an atmosphere of dark romanticism and melancholic poetry.
The sound of “From A Bleeding Heart” balances between imposing, yet emotional, outbursts, escalating the emotional charge of the compositions and fragile and serene acoustic passages drowning the listener gently in a sea of bittersweet tears. The guitars, whether they paint the soundscape with doom-oriented riffs or acoustic passages, adorn the atmosphere with deeply inspired and fabulous melodies, paving wonderfully the way for some violin and keyboard ideas to make their appearance and make the overall aesthetic of the band’s compositions more affected. The rhythm section once again plays an important role as it sounds more dynamic or just accompanying in a tranquil tempo, lending the ideal groove and imposing feeling to the songs of Beseech.
Erik Molarin, the current singer of Beseech, wasn’t a member of the band during their first two releases. Jo"rgen Sjo"berg was the interpreter of Beseech and allow me to say that his vocals were fitting to the sound of the band perfectly. His vocals are varying from clean and melodic to grunting or deep husky vocals in the vein of Carl McCoy (The Fields Of The Nephilim/The Nefilim) reminding a lot of this great and unique gothic rock front-man. Needless to say that Sjo"berg is a charismatic singer, giving meaning to every single word he utters, interpreting in such an expressive way the poetic and melancholic lyrics of Beseech, giving voice to the sighs of “a bleeding heart”. Of course I shouldn’t forget the bittersweet and ethereal female vocals of the female singer participating in this album that harmonize so beautifully with Sho"berg’s interpretation, being together a lovely duet in tragedy and romance.
The album flows greatly and in an inspired way as one, but if I had to choose some songs I wouldn’t forget for sure the neo-romantic beauty of “Kiss Of November”, the grieving and imposing feeling of “Shadowscape”, the fragile and at the same time dynamic melancholy of “Rainbowman”, the lachrymose serenity of “Eagleheart” and the beautiful contradiction of the poetically romantic and more aggressive soundscapes of “Dimension”.
All in all, “From A Bleeding Heart” is an opus of drama and doleful beauty willing to take the listener on a journey where words, thoughts and emotions have another meaning, a bitter but beautiful one…