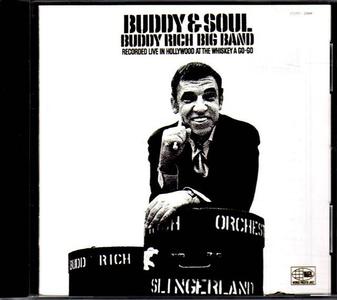 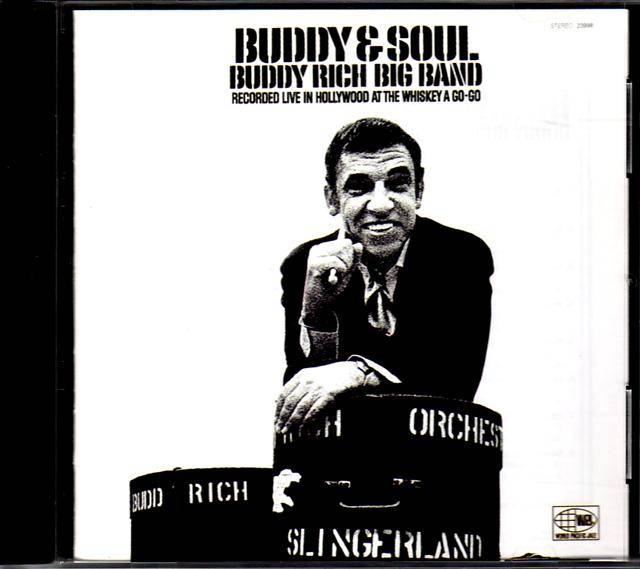 By 1969, Buddy Rich was fully into his rock & roll mode, working his band through arrangements of pop songs of the day and rock or funk originals by the best writers and arrangers in the business. Recorded live in Hollywood at Western Recorders and the infamous Whiskey A Go-Go, BUDDY AND SOUL represents a high spot in this period of Rich`s storied career. To be sure, Rich was a dyed-in-the-wool swing drummer, but he could still drive a rocking beat with the best of them while pushing his enormous band to its limits. The Rich band of this period spotlighted many names that were or would become highly respected members of the world jazz stage. Featured here are such stellar players as trumpeter Sal Marquez, saxophonists Ernie Watts, Don Menza and Pat LaBarbara, and guitarist Herb Ellis. It`s the style of music, however, that will draw the most attention as complex arrangements of the Doors` "Soul Kitchen" and "Hello, I Love You" and a psychedelic "Greensleeves" will surely perk up the ears of most fans of Buddy`s work. Also present is the work of many respected composers/arrangers including Don Sebesky, Bill Holman and Don Piestrup.