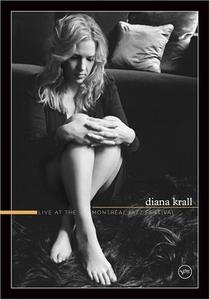 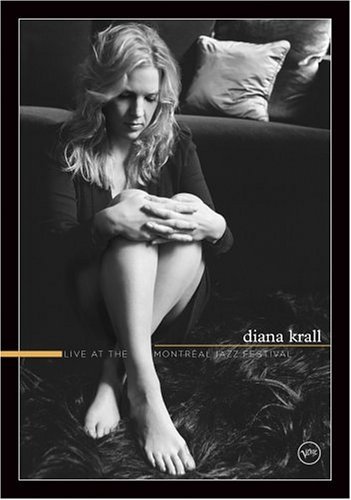 On June 29, 2004 GRAMMY-award winning super star vocalist and pianist Diana Krall, gave a career defining performance to over 15,000 fans on opening night of the Montreal Jazz Festival's 25th Anniversary celebration.
Live at the Montreal Jazz Festival features Diana Krall on vocals and piano along with her band of Anthony Wilson on guitar, Peter Erskine on drums, and Robert Hurst on bass. Most of the songs performed here are culled from Krall’s recent Verve release, The Girl in the Other Room.
The album, which has been certified Gold in the US and double Platinum in Krall’s native Canada, marked a change in that it showcased for the first time Krall’s skills as a songwriter. Many of the album’s songs were penned by Krall and her husband, Elvis Costello. Some of the Krall/Costello compositions featured on Live at the Montreal Jazz Festival are “Abandoned Masquerade,” “Departure Bay,” and “Narrow Daylight.” The DVD also features Krall’s concert opener, the original instrumental “Sometimes I Just Freak Out,” a song which is not available on the US version of her latest CD.