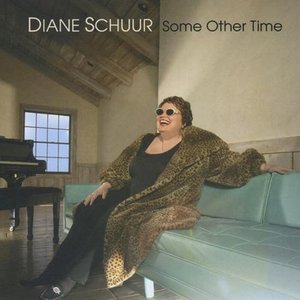 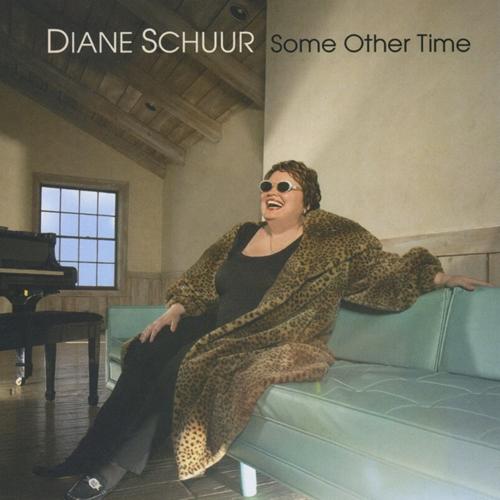 Diane Schuur - Some Other Time (2008)
Vocal Jazz | MP3 HQ 320Kbps | tags, playlist | 119 MB
"Some Other Time," vocalist and pianist Diane Schuur's February 2008 Concord release, is a recording of songs by jazz artists whom she first discovered via her parents during her childhood and adolescent years. The album features songs by George and Ira Gershwin, Irving Berlin, Sammy Cahn, Rodgers and Hammerstein and more. The set also includes a surprisingly mature-sounding rendition of "September in the Rain," recorded at the Holiday Inn in Tacoma in 1964 when Schuur was only ten years old. 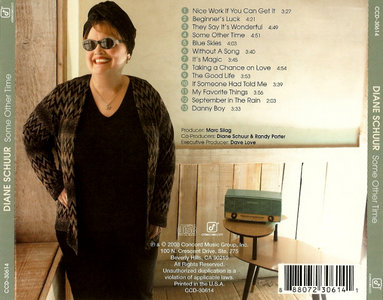 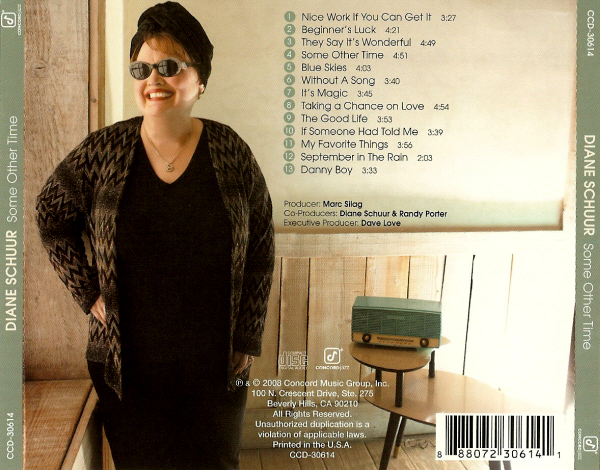 Not every music post is shown in home!
Please, enjoy my blog >