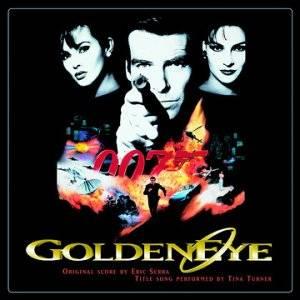 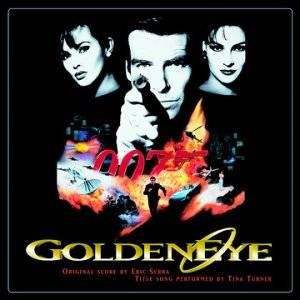 Goldeneye is a classic example of miscasting in film music. Eric Serra is a remarkable composer, as imaginative as he is emotionally involving. The poor reception to the Goldeneye score is no dismissal of the composer himself, who excelled with Leon and Nikita. But the fact is that his subtle, understated, somewhat avant-garde electronic style was simply not good casting for James Bond. His use of synthesizer, voices, a James Bond theme on low drums and electronic pop motifs that sound like trainee DJ night simply doesn't work. This is a predominantly action movie dominated by a kind of action music that just doesn't sound like Bond. Though the CD can be greatly enjoyed in extracts (the love theme), as a whole it is a difficult and unengaging Bond score that has failed to capture the imagination of the fans.


Tracklist:
1. Goldeneye (Performed by Tina Turner)
2. The Goldeneye Overture
3. Ladies First
4. We Share the Same Passions
5. A Little Surprise for You
6. The Severnaya Suite
7. Our Lady of Smolensk
8. Whispering Statues
9. Run, Shoot and Jump
10. A Pleasant Drive through St. Petersburg
11. Fatal Weakness
12. That's What Keeps You Alone
13. Dish out of Water
14. The Scale to Hell
15. For Ever, James
16. The Experience of Love (Performed by Eric Serra)