Pedro Iturralde was born in Falces-Navarra (Spain). He started his musical studies when he was very young and at the age of nine he made his debut as a saxophonist. He studied clarinet, violin, piano and harmony, and he finished his saxophone studies at the “Real Conservatorio Superior de Música” in Madrid. After a long tour around Lebanon, Greece, Turkey, France and Germany, he established his residence in Madrid, where he played mainly in the W. Jazz Club with his quartet. Tete Montoliu and with guest artists such as Donald Byrd, Gerry Mulligan, Lee Konitz and Hampton Hawes with whom he recorded the LP Pedro Iturralde Quartet Featuring Hampton Hawes (present BLUE NOTE CD).

Through the performance of Andalusian thermes adapted to Jazz with his quintet, he created the so-called Jazz-Flamenco style (1964-66), subsequently adding flamenco guitar (Paco de Antequera and Paco de Algeciras) for the recording of 2 LPs (currently on CD with the BLUE NOTE label) and for the concert at the Berlin Jazz Festival (1967) and the recording of the LP Flamenco Jazz with Paco de Lucía on the guitar. He has performed in London with the European “All Star Big Band”, at the Palais des Beaux-Arts (Brussels) with his quartet and at the Beklee Performance Center in Boston with the “All Star Faculty Big Band”. Since 1965, he has collaborated with the National Orchestra of Spain, conducted by Frühbeck de Burgos, Sergiu Celibidache, López Cobos, E. García Asensio and Walter Weller among others, touring Europe, Japan and the U.S.A. and performing most of the orchestral saxophone repertoire. On his own initiative, the saxophone professor chair was created at the RCSM in Madrid, which he assumed after taking a competitive examination and the taught until his retirement in 1994.
He was awarded at the Competition for Jazz Composition of Monaco (1972 and 1978).

He won an award from the Ministry of Culture (1990) for the most outstanding edition in the contribution to pedagogy; 324 escalas para la improvisación de Jazz (324 scales for Jazz improvisation) (Ed. Opera Tres, Madrid).
In 1992, he received the Community of Madrid Award for his musical creation.
A homage-concert was held on his 65 birthday, organised by the SGAE at the Auditorio Nacional de Música in Madrid, Symphonic hall. 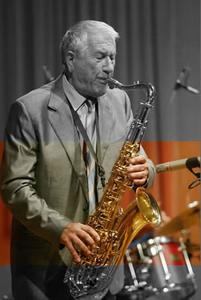 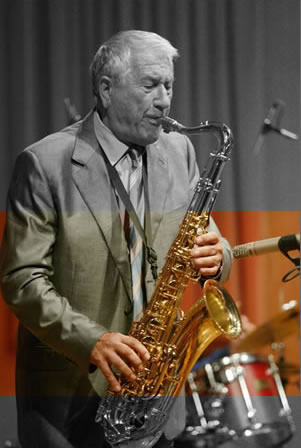 With my best regards..