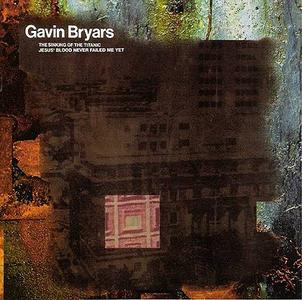 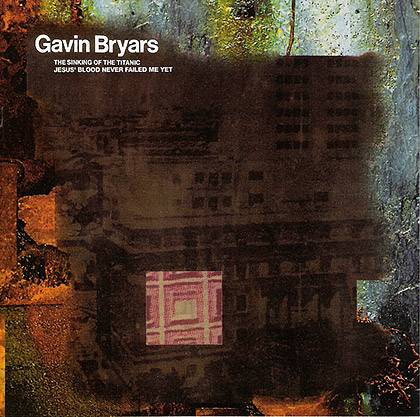 
A holy grail among contemporary music collectors, this release on Brian Eno's Obscure label, which went out of print almost immediately, features two of the finest compositions of the late 20th century, both by Gavin Bryars.

The title track had since been recorded again on two occasions, arguably to better effect on Les Disques du Crepuscule in 1990 and once, more pallidly, on Point in 1994, but this initial production was an extremely special event. Bryars' idea was to construct an aural picture of the disaster, complete with songs and hymns supposedly played by the ship's orchestra even as she was sinking. He combined this with the acoustical phenomenon of the enhanced ability of sounds to travel great lengths underwater and produced an eerie and romantic sub-aqueous soundscape of remarkable subtlety and beauty. Using minimalist techniques, the repetition and overlapping of hymns like "Autumn" assume a surreal aspect, at once sad and peaceful. His score was designed to incorporate new discoveries about the shipwreck (or to dispense with elements that proved false) over time; this performance includes taped reminiscences of one survivor and the tinklings of a music box salvaged by another. This is one gorgeous, haunting piece of music.

As though one masterpiece wasn't enough, the second composition on the album might be even greater. Surely one of the most beautiful "concept" works ever created, "Jesus' Blood Never Failed Me Yet" begins with the faint, faded-in voice of a London tramp singing the old hymn plaintively but without pathos and more or less in tune. Bryars looped this tape so that it resolved in non-jarring fashion, then introduced – ever so softly and gradually with each iteration of the verse – instrumental accompaniment: first strings, then guitar and bass, and eventually the entire chamber orchestra. The lush, sensuous music, entirely sympathetic to the song, gives it increased strength and humanity as it swells to near-majestic proportions and then, just as gradually, subsides. The emotional impact of this 25-minute piece, in its honest and charitable stance toward the singer, cannot be understated. With this simple idea, limned with precision and beauty, Bryars was graciously content to achieve a lofty goal one time, to let it stand by itself and move on. A version recorded for Point in 1995, which included the gratuitous addition of Tom Waits accompanying the tape, pales in comparison to the original. Long a collector's item on vinyl, a CD issue was released in England on Virgin U.K. in 1998 but it, too, quickly went out of print.
All Music Guide
Gavin Bryars diary:
The Sinking of the Titanic
Jesus Blood Never Failed Me Yet