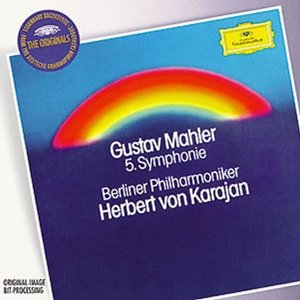 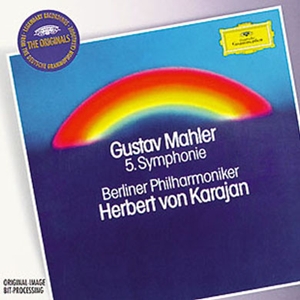 When Karajan's Mahler's Fifth was first released in 1973, many if not most critics thought the old man was jumping on the Mahler bandwagon. This was back in the days when every Tom, Dick, or Harry who could wave a stick in the air was not conducting Mahler, the days when conducting Mahler was seen as new and daring and somehow a little dangerous, the days when Mahler was not accepted as a part of the standard repertoire and certainly not accepted by conductors who had been raised in a system that thought of his music as banal, bombastic, and even degenerate. But the tide was turning for Mahler's music and that Karajan would record a Mahler symphony was a mark of how high Mahler's tide had risen. But many if not most critics lambasted Karajan's Fifth, calling it cold, efficient, and impersonal and declaring it harsh and hard and smelling faintly of condescension, Of course, they were wrong. Karajan's Fifth is no labor or love -- the Adagietto, Mahler's declaration of love to his soon-to-be wife has no trace of affection in it -- but it is a brilliantly played, thoroughly considered, wholly respectful, deeply dramatic, and ultimately quite moving performance. If Karajan's performance is not as inspired as Bernstein's, it is a much tighter and tauter performance and it holds up much better on re-listening. And if Karajan's Adagietto is not about love, it is still one of the most ravishingly gorgeous, exquisitely sensual, and profoundly sexual Adagietto's ever recorded. All Music Guide