Hans Rott (August 1, 1858 - June 25, 1884) was an Austrian composer. His music is little-known today, though he received high praise in his time from the likes of Gustav Mahler and Anton Bruckner.

His mother Maria Rosalia (1840 - 1872, maiden name Lutz) was a popular and beautiful actress and singer. His father Carl Mathias Rott (real name Roth, born 1807, married 1862) was a famous comic actor in Vienna, was crippled in 1874 by a stage accident, and died two years later.

Hans was left alone to continue his studies at the Conservatory. Fortunately, both his skill and financial need were recognized and he was excused from paying tuition. While studying, he briefly roomed with Gustav Mahler and Rudolf Krzyzanowsky. Rott studied piano with L. Landskron, harmony with H. Graedener, counterpoint and composition - like Mahler - with F. Krenn.

He studied organ with Anton Bruckner starting in 1874 and graduated from Bruckner's organ class in 1877, with honors. Bruckner said that Rott played Bach very well, and even improvised wonderfully (high compliment since Bruckner himself was a great improviser). Rott was also influenced by the works of Richard Wagner and even attended the very first Bayreuth Festival in 1876.
During that time Rott was also organist at the Piarist church "Maria Treu" in Vienna. For the final year of his studies in 1878, Rott submitted the first movement of his Symphony in E major to a composition contest. The jury - except Bruckner - was very derisive of the work. After completing the Symphony in 1880, Rott showed the work to both Johannes Brahms and Hans Richter, in order to get it played. His efforts failed. Brahms did not like the fact that Bruckner exerted great influence on the Conservatory students, and even told Rott that he had no talent whatsoever and that he should give up music. Unfortunately, Rott didn't have Mahler's inner resolve, and whereas Mahler was able to overcome many of the obstacles in his life, Rott was brought down by mental illness.

Rott was committed to a mental hospital in 1881, where despite a brief recovery, he sank into depression. By the end of 1883 a diagnosis recorded 'hallucinatory insanity, persecution mania - recovery no longer to be expected.' He died of tuberculosis in 1884, aged only 25. Many friends, including Bruckner, attended Rott's funeral at the Zentral-Friedhof in Vienna.

Mahler called Rott "a musician of genius… who died unrecognized and in want on the very threshold of his career. … What music has lost in him cannot be estimated. Such is the height to which his genius soars in … [his] Symphony [in E major], which he wrote as 20-year-old youth and makes him … the Founder of the New Symphony as I see it. To be sure, what he wanted is not quite what he achieved. … But I know where he aims. Indeed, he is so near to my inmost self that he and I seem to me like two fruits from the same tree which the same soil has produced and the same air nourished. He could have meant infinitely much to me and perhaps the two of us would have well-nigh exhausted the content of new time which was breaking out for music."

Thanks to Rott's friends, some of his music manuscripts have survived in the music collection of Vienna's national library. This includes Rott's Symphony in E major, and sketches for a second Symphony that was never realized. The E major Symphony is remarkable in the way it anticipates some of Mahler's musical characteristics. The third movement in particular is unnervingly close to Mahler. The Finale includes references to Brahms's Symphony No. 1 in C minor. Mahler also spoke well of Rott's Lieder, but unfortunately, none of them survive. We also know of a Sextet, which Mahler never heard and has also been lost. In his last years, Rott wrote a lot of music, only to destroy what he wrote soon after writing it, saying it was worthless.

Bruckner and Mahler were the first to recognise Rott's talent. Mahler himself included references to Rott's work in his own music. However in the 20th Century Rott's work was largely forgotten and it wasn't until 1989 that Rott's E major Symphony was finally premiered by the Cincinnati Philharmonia Orchestra under Gerhard Samuel, in a performing edition prepared by Paul Banks. A CD recording followed.

Other recordings of the symphony have since been issued, and other Rott works have been premiered, including his Julius Caesar Overture, Pastoral Overture and Prelude for Orchestra.

Bruckner believed one day great things would be heard from Rott. While that never happened, like Mahler it seems that finally Rott's time has come. 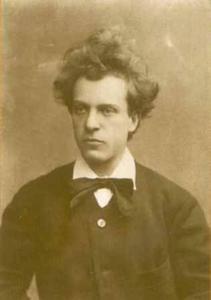 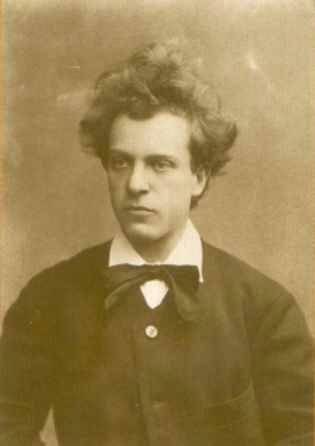 Hans Rott composed the first movement when he was 19 - two years prior to the other movements.

Whereas the motif and theme of this work were treated in a truly remarkable but to some extent rather simple manner, the other movements reveal that they have been written by a more experienced composer. Besides we have to take into consideration that Rott, with regard to the composition competition of July 2, 1878, worked under time pressure - he composed the first movement in 1 1/2 months, at the most.

Yet the jury members (one of them was Johannes Brahms) who had to judge the accepted works did not find fault with the technical value of the movement presented by Rott. They were rather irritated by distinct reminiscences of Richard Wagner; Rott's work failed.

We refrain from any analytical observations here; instead we refer to the detailed analysis (with many music samples) of Litterscheid.

Yet it has to be mentioned that some characteristics, typical for Mahler's work, are clearly to be found in this Symphony, such as "bird calls" or "music from another world".

This correspondence is best revealed by the Scherzo: It brims with stereotypes from waltzes and ländlers and anticipates in a stimulating way Mahler's technique of exploiting such models. But this is not enough: Mahler quotes from this movement in the third movements of his Second and Fifth Symphony.

How is the "value" of the Symphony to be estimated? Let us turn our attention to Gustav Mahler first:

"It is completely impossible to estimate what music has lost in him. His genius soars to such heights even in his first symphony, written at the age of twenty, and which makes him - without exaggeration - the founder of the new symphony as I understand it. He, however, did not reach entirely what he wanted. It is as if someone swings back to throw as far as he can and, still clumsy, does not quite hit the goal."
–(Gustav Mahler in Nathalie Bauer-Lechner's reminiscences).

Mahler is certainly right here, for the Symphony is (not yet) a mature masterpiece. Rott was no prodigy which is sometimes revealed in the lack of experience as to composition as well as to instrumentation. If he had had a chance he certainly would have revised his Symphony in later years.

But another thing becomes equally obvious: Rott had not only been very ambitious, he also had an extraordinary musical imagination and he did not shrink from disregarding conventions if he considered it necessary.

"Yet I know what he is aiming at. Yes, he is so related to my very own that he and I seem to me like two fruits from the same tree, brought forth by the same soil, nourished by the same air. He could have been so infinitely much to me and perhaps the two of us together would have fairly exhausted the content of this new age which was dawning for music."
–(Gustav Mahler, loc. cit.)

Hardly any further comment is necessary. As one writer puts it: "One wonders what Rott could have achieved if his life had not been so tragically short."

This is my first post here on Avax, meant as a thank-you to all the members who have been uploading fantastic classical music, which I've been happily downloading the last couple of months. 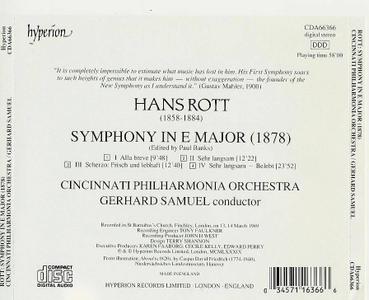 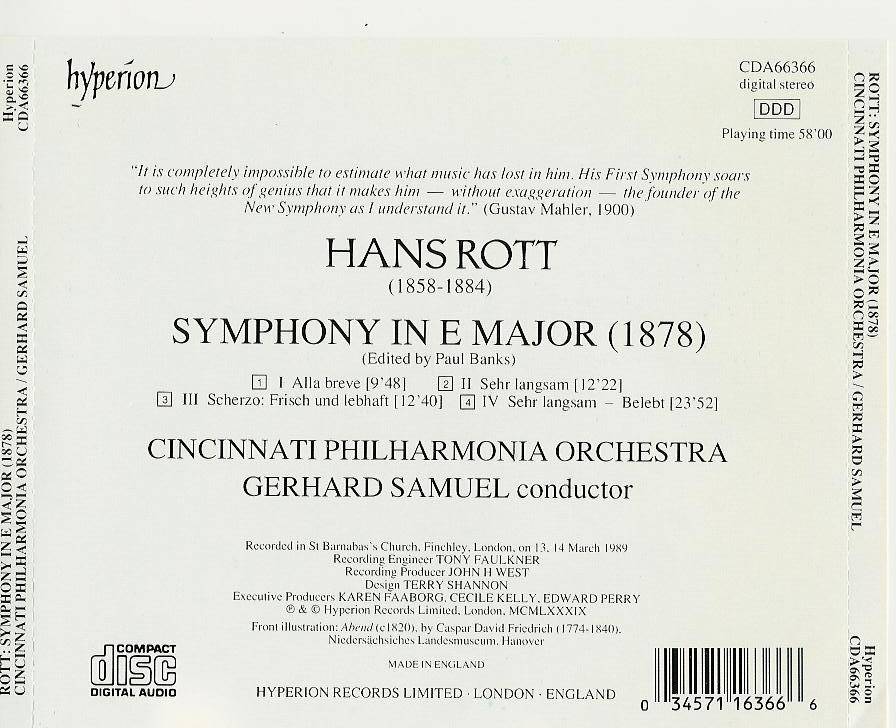 The album is split in five parts of 50 MB and one part of 2 MB. Click HERE to download the archive with the download links.
Password for everything is www.AvaxHome.ru. Files are hosted on Rapidshare, and I don't want any mirrors made right now on other sites.

Comments are always welcome, here or by PM.