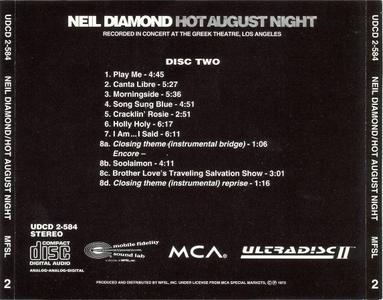 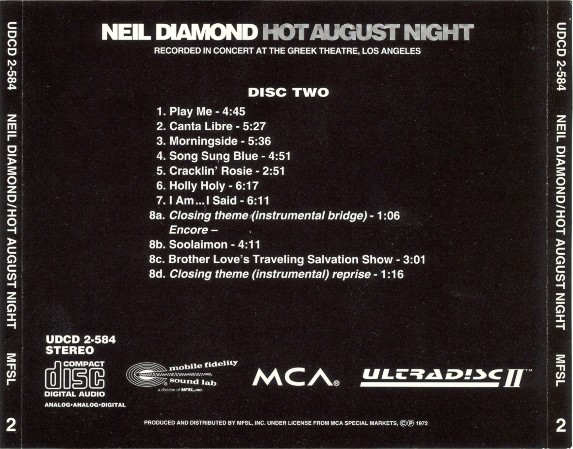 He sho is hip, ain't he? Neil Diamond's metamorphosis from a simple short-haired rock pop hitmaker into one of the heaviest dudes on the planet, a force of international magnitude, has been accomplished with all the grace to which true superstars are heir. Come what may, Neil did it his way. Just look at this album: A zero cool deluxe two-record set with pages inside and everything, the true document of Neil's historic concert last summer under the stars of the best city in America, Los Angeles, which is a real stronghold of Diamond fandom. They're hooked, they can't help it, and no wonder when you look at the way the man carries himself and the trappings he swaddles his soul and product in.
Attending the release of this sluice of ultimorgasmic sounds from Meister D. is some of the grooviest garnish this side of a Melanie presskit. Here on the very front cover is Neil in full flight, working it on out, and what is he doing? Pretending to jerk off, that's what. He's pantomiming whanging his clanger, and from the look on his face I'd say he's about to shoot off, and the only bogus part is that he'd like everybody to think it's 13 inches long. It's truly a pic to post in your den or rec room for years to come, no matter what some o' them psychedelic shmucks with their Hawkwind nightshade garlands might think; you don't even need a black light, and it's great to spill beer on or throw your girlfriend up against in the party's latter leagues.
The music on Hot August Night is a fine presentation of the entire spectrum of the Diamond oeuvre, from "Solitary Man" to "Song Sung Blue." It's great, pretentious, goofy pop. Neil has always had a marvelously evocative, hymn-like quality, but it's pure Hollywood reverence, and he really should get a gig writing soundtracks. Which is no putdown. There's always been a place for good corn and good pomp too. This set opens with a mighty orchestral flourish fit to put both Elvis and David Bowie to shame. And when it comes to hamming it up, Neil's one of the few who can actually outdo Elvis, as in the introduction to "Morningside": "This is a dream… a dream about an old man who dies alone… and leaves a gift behind…"
The hymn-like feeling reaches a peak on sides three and four, what with such celebrations of the common man's innate nobility as "Canta Libre" and "I Am… I Said," and by the time you reach "Brother Love"'s grand finale, you're a goner: He sounds just like Eric Burdon playing Elmer Gantry, the melodrama is irresistible, and the only thing he could do to top this would be to collaborate with James Michener and Frank Capra on a Cinerama rock opera about the second coming of Thomas Jefferson as a wandering Jesus Freak minstrel who sews this wicked land up at the seams and brings the children home and their parents into the street to dance. Starring none other.
- Lester Bangs, Rolling Stone, 3/15/73.

Diamond set the concert stage afire across the country and throughout Europe this past summer and fall, and the dynamic performances and excitement he generated is captured in this exceptional two record set. Highlights are of course his now classic hits, with a few surprises thrown in. The package demonstrates why Diamond is one of the hottest sellers and draws in the business today, and it will undoubtedly prove his biggest chart album to date.
- Billboard, 1973.

This double-record set is the album that established Diamond's reputation as a live performer. Containing passionately performed versions of his biggest hits up to this time, it sold the best of any album he'd had so far, going gold the month of its release. * * * *
- William Ruhlmann, The All-Music Guide to Rock, 1995. 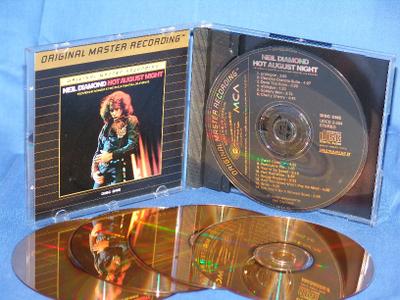 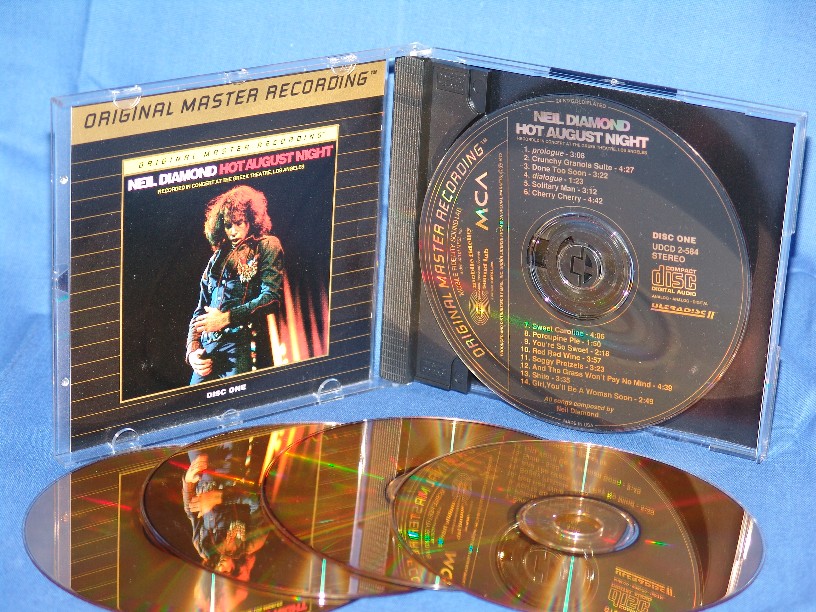 10. Cat Stevens - Teaser and The Firecat

11. Cat Stevens - Tea For The Tillerman

19. Sting - The Dream Of The Blue Turtles