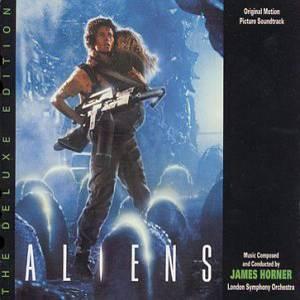 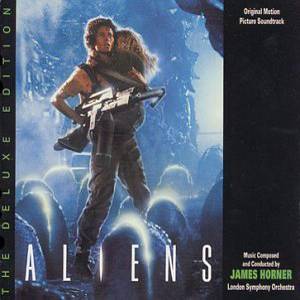 Despite the phenomenal box-office bounty of Titanic, director James Cameron didn't become King of the World overnight. Indeed, King James helped build his crowd-pleasing reputation on the belated 1986 sequel to Ridley Scott's outer space shockfest, Alien. That sequel, Aliens, was also his first collaboration with film scorer James Horner, whose music contributed in no small way to Titanic's über-success. This expanded edition of Horner's mysterious Aliens score features a sparkling digital transfer and over a half-hour of previously unreleased cues and outtakes. While Horner obviously trades on Jerry Goldsmith's original masterpiece and even Khatchaturian's Gayane Ballet Suite (used so effectively by Kubrick to evoke the loneliness of space in 2001), it's a pastiche that's informed by a masterful use of brooding orchestral colors and percussion flourishes that are by turns ominous and subtle. That element of the composer's evocative formula is further explored in two percussion-only bonus cuts, "Ripley's Rescue" and "Combat Drop."