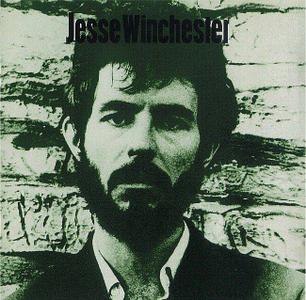 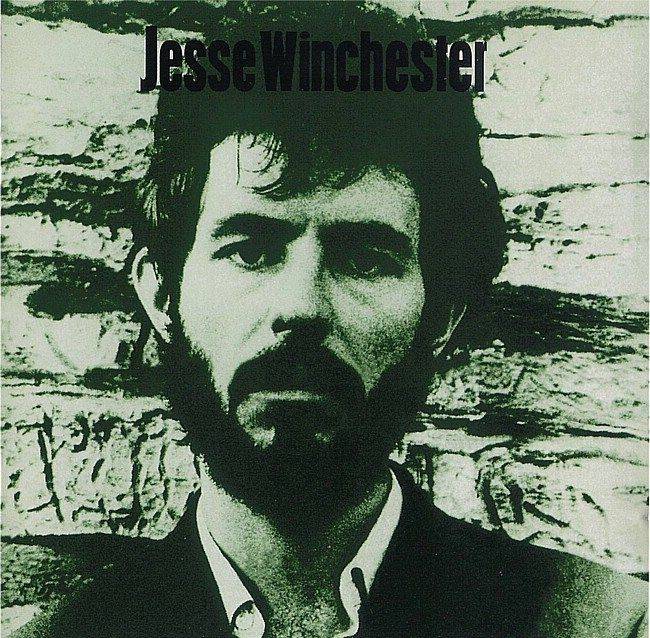 One of my favorite albums ever, produced by Robbie Robertson and Todd Rundgren. 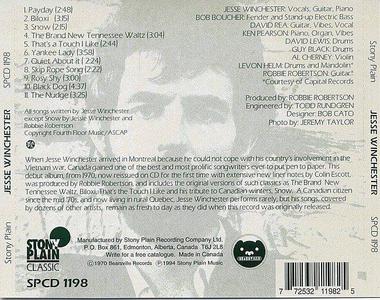 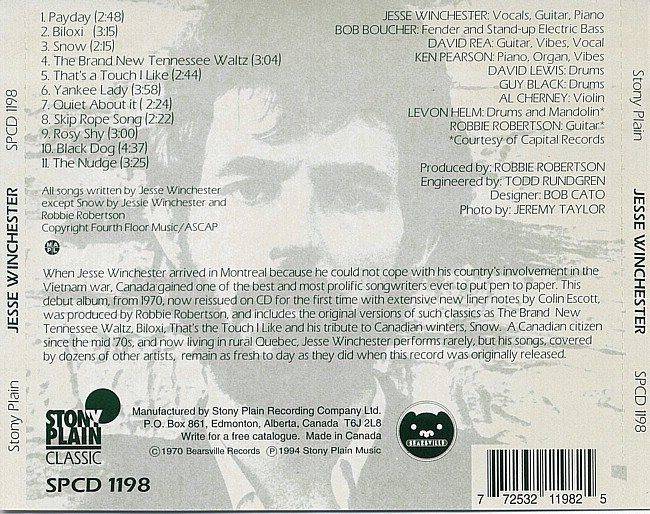 AMG gives it 5 stars and writes this:
Jesse Winchester first gained notice as a protégé of the Band's Robbie Robertson, who produced and played guitar on his debut album and brought along bandmate Levon Helm to play drums and mandolin. The album had much of the rustic Southern charm and rollicking country-rock of the Band. Winchester's other immediate appeal was a certain sense of mystery. A Southern American expatriate living in Canada, he was unable to appear in the U.S. to promote the album, which was released in a fold-out LP jacket that featured the same sepia-toned portrait (which looked like one of those austere Matthew Brady photos from the Civil War era) on each of its four sides. Winchester emphasized the dichotomy between his southern origins and his northern exile in songs like "Snow" (which Robertson co-wrote), "The Brand New Tennessee Waltz" ("I've a sadness too sad to be true"), and "Yankee Lady." Jesse Winchester was timely: it spoke to a disaffected American generation that sympathized with Winchester's pacifism. But it was also timeless: the songs revealed a powerful writing talent (recognized by the numerous artists who covered them), and Winchester's gentle vocals made a wonderful vehicle for delivering them. (AMG)