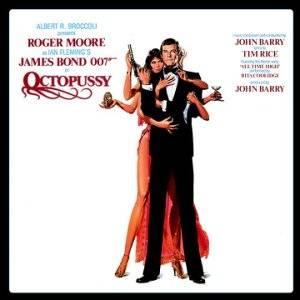 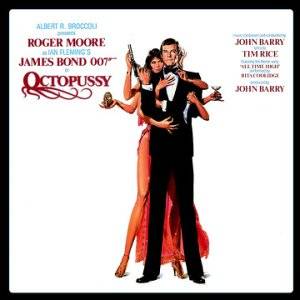 The soundtrack was composed by veteran John Barry. The opening theme, "All Time High" was sung by Rita Coolidge and is the only Bond theme (with lyrics) that does not reference the film's title. Additionally it is the second theme to not be named the same as the film; the first was Nobody Does it Better, from The Spy Who Loved Me. The original 1983 release by A&M Records was recalled due to a printing error, and became hard to find. The soundtrack was later released in 1997 by Rykodisc with the original soundtrack and dialogue from the film on an Enhanced CD version. The 2003 release by EMI restored the original soundtrack, without dialogue.