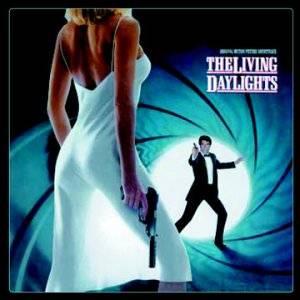 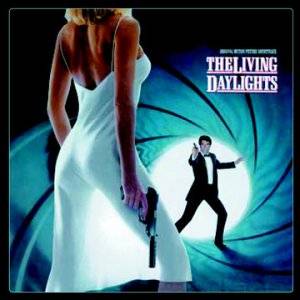 The Living Daylights is to date John Barry's last Bond score, however it is one of his best. With thematic richness beyond your wildest expectations, this score incorporates a healthy blend of songs and score by Barry, with a new electronic touch added every now and then. Barry's score is thematically diverse, and the songs are classic Bond. As Barry's final Bond score of this century, it is a wonderful tribute to his affiliation with the series. A very good buy for enthusiasts of all genres


Tracklist:
1. The Living Daylights (Performed by a-ha)
2. Necros Attacks
3. The Sniper Was a Woman
4. Ice Chase
5. Kara Meets Bond
6. Koskov Escapes
7. Where has Every Body Gone (Performed by The Pretenders)
8. Into Vienna
9. Hercules Takes Off
10. Mujahadin and Opium
11. Inflight Fight
12. If There Was a Man (Performed by The Pretenders)
13. Exercise at Gibraltar
14. Approaching Kara
15. Murder at the Fair
16. "Assassin" and Drugged
17. Airbase Jailbreak
18. Afghanistan Plan
19. Air Bond
20. Final Confrontation
21. Alternate End Titles