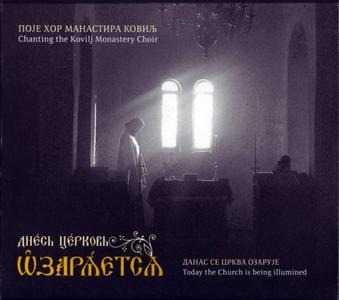 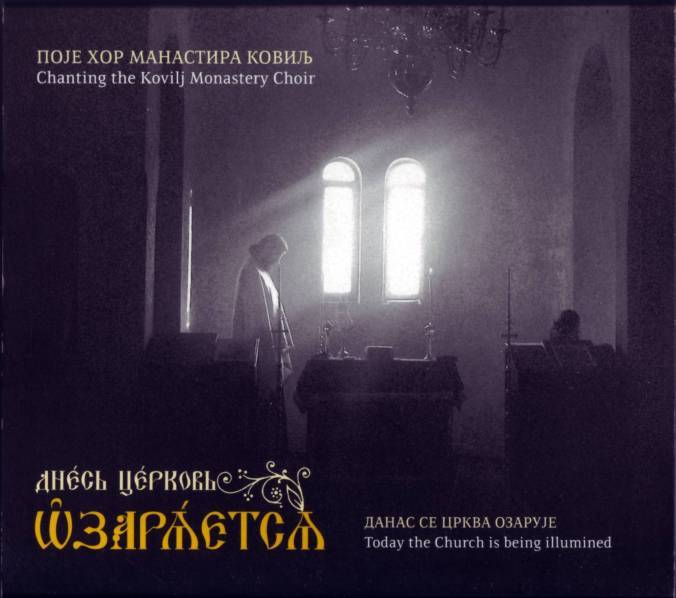 The concert performed and recorded on Belgrade Music Festival, 18th October 2001 in the atrium of the National Museum in Belgrade.

…Regarding the Choir members chant itself, it is the firm intonational basis and rhythmical orientation and above all the lack of excessive vibrato on the one hand, as well as the mannerism–either concert or opera-like–on the other, that highly distinguish it. Thus the supreme qualities of their performing are to be seen in their own, unique, and cultivated style.

The Kovilj Monastery Choir has studied and performed Byzantine church chanting succesfully for
more than ten years now. Along with participating in church services (all-night vigils in the monasteries
of Hilandar and Vatopedi, Mount Athos), the Choir made quite a few public performances at
different music festivals both in Serbia (Belgrade Music Festival 2001; Days of Serbian Spiritual
Transfiguration
2002; Days of Mokranjac 2004) and abroad (Finland 2000; Moscow 2001; Festival
de l’Imaginaire,
Paris 2003).

The Kovilj Monastery has published an anthology of hymns In the Midst of the Church Will I Hymn
Thee (CD/MC), as well as excerpts from the thirteen-hour-long vigils at the Hilandar Feast day
Consonances of the Hilandar Praise (5 CD’s/MC’s).

Chanted by the Kovilj Monastery Choir, Serbia.
The concert performed and recorded on Belgrade Music Festival, 18th October 2001 in
the atrium of the National Museum in Belgrade.

Tracklist:
1. To thee, the Champion Leader
2. Alleluia
3. Thou wast a good shepherd
4. Lord, I have cried
5. Glory… By the intercessions of Saint Stephen… Both now… By the intercessions of the Theotokos…
6. Today the Church is being illumined
7. In the Red Sea
8. Guide to the path which leadeth unto life
9. O Theotokos and Virgin
10. I shall open my mouth to chant
11. Bless the Lord, O my soul
12. It is truly meet