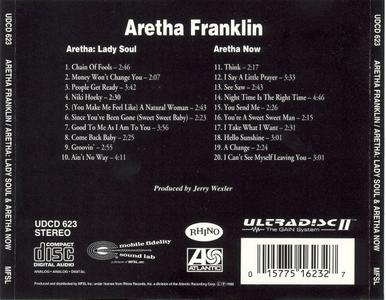 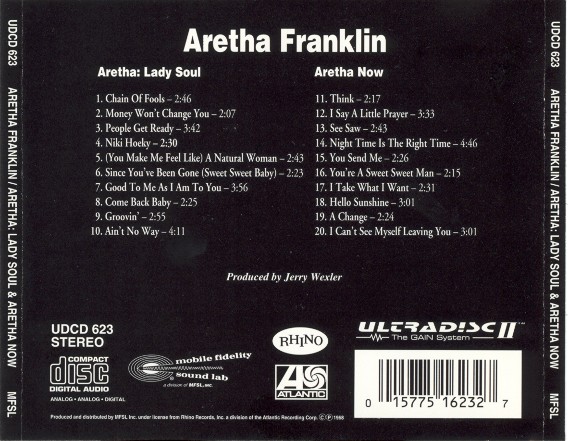 Aretha Louise Franklin (born March 25, 1942) is an American gospel, soul and R&B singer born in Memphis, Tennessee, but raised in Detroit, Michigan. She has been dubbed for years "The Queen Of Soul" and many also call her "Lady Soul". She is renowned for her soul and R&B recordings but is also adept at jazz, rock, blues, pop, gospel, and even opera. She is generally regarded as one of the best vocalists ever by such industry publications/media outlets as Rolling Stone and VH1, due to her ability to inject whatever she may be singing about with gut wrenching soul (hence the title) and sheer conviction. [1] She is the second most honored female popular singer in Grammy history after Allison Krauss. Ms. Franklin has won eighteen competitive Grammys (including an unprecedented eleven for Best Female R&B Vocal Performance, eight of them consecutive) and the state of Michigan has declared her voice to be a natural wonder.
Franklin has had two number one hit songs on the Billboard Hot 100, "Respect" in the 1960s, and her 1980s duet with George Michael, "I Knew You Were Waiting (For Me)" and many of her singles have hit Top 20, Top 10, and Top 5 positions.

Lady Soul is a soul album by Aretha Franklin, released on January 22, 1968 (see 1968 in music). The album was her second chart-topper, and included one of her biggest hit singles, "Chain of Fools".
Lady Soul peaked at #1, #2 and #3 on Billboard's Black Albums, Pop Albums and Jazz Albums charts respectively. The single "Ain't No Way" peaked at #9 on the Black Singles chart, and #16 on the Pop Singles chart.
In 2003 the TV network VH1 named Lady Soul the 41st greatest album of all time. It is number 84 on Rolling Stone's list of the 500 greatest albums of all time.