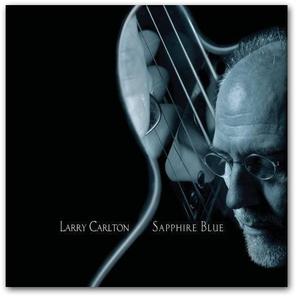 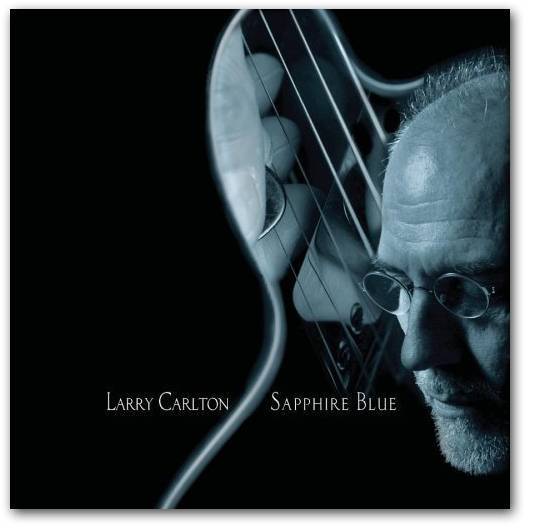 He rose to fame playing guitar with Steely Dan and went on to work with music legends as diverse as Chet Atkins and Joni Mitchell. In 2004, esteemed guitar ace Larry Carlton releases his solo debut for Bluebird Records. Featuring the rousing horn arrangements of the illustrious Jim Horn, Sapphire Blue finds Carlton backed up by a range of top players including Michael Rhodes (bass), Reese Wynan (B-3 organ), Terry McMillan (harmonica) and Billy Kilson. A blues-based album featuring eight Carlton originals, the CD finds the guitarist stretching out on an all instrumental set that combines the finest elements of guitar-based swing jazz with melodic bluesy inventiveness. The album also shines a light on Carlton’s appreciation for enduring blues guitar giants like B.B. King. According to Carlton, “The simplicity and the harmonic limitations of the blues are a real plus because they make it easier for emotion to take over as you play.” Recorded in Nashville in 2003, Sapphire Blue is a long overdue blues statement from a guitarist who grew up listening to Pass, Kessel and Montgomery as well as B.B. King and Ray Charles. While his instrumental blues album may be a long time coming, Larry Carlton’s been playing the blues to live crowds for years adding, “It doesn’t matter what they’ve come to hear. When I play the blues, that’s when I most passionately connect with them and my guitar.”
- Robert Silverstein