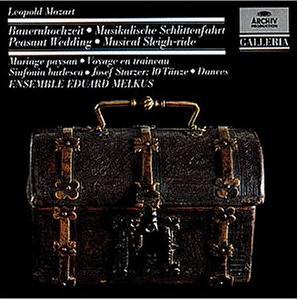 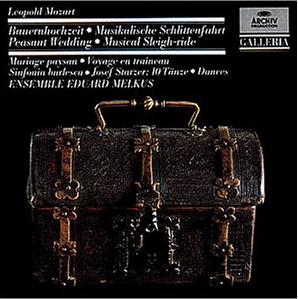 Leopold Mozart has a threefold claim to be remembered as the father of Wolfgang Amadeus who recognized his son's immense talent and devoted the latter part of his life to developing and fostering it; as the author of the first violin method to attract worldwide attention; and as a composer who both discovered an individuaI style and produced his best work in the sphere of agreeable entertainment music. Leopold Mozart's aim was to write popular music - popular not only in its links with folk music and its use of instruments familiar to ordinary people of his day although seldom heard in orchestras - but above all in its use of appealing melodies and simple construction in regularly shaped phrases, so that all his listeners could appreciate his compositions, not only those with a musical education. This outlook combined the musical mentality of the middle-class Augsburg family into which he had been born with the desire for a simple, natural life which marked the Age of Enlightenment and also with a certain readiness to compromise in the commercial sense; he certainly wanted his compositions to please, and to earn money.
The Musical Sleigh-ride and Peasant Wedding are prime examples of musical wit. Leopold Mozart composed them for carnival celebrations at Augsburg; a fortnight before Wolfgang's birth in January 1756 they were performed for the first time by the town's Collegium Musicum in the Three Kings tavern.

Josef Starzer was principally a composer of ballet music. Trained as a violinist, singer and composer, he joined the orchestra of the French Theatre in Vienna in 1752, and there he was appointed by Count Durazzo, the Imperial Theatre Director and supporter of Gluck, as Compositeur des Airs pour les ballets.

The 18th-century musical historian Dr. Burney praised him as a violinist, writing that he executes Adagios with uncommon inwardness and feeling. Starzer won fame through his collaboration with the ballet dancer and choreographer Noverre, an association which gave rise to numerous works including those from which the dances in this recording are taken Diane et Endimione, 1771-72, Roger et Bradamante, 1771, and Gli Orazi e i Curiazi, 1774.
All the dances in this recording have been transcribed from the manuscript sources, are hitherto unpublished, and therefore have the attraction of novelty, in addition to their musical qualities. The excellence of the music by the unknown Starzer greatly surprised us.