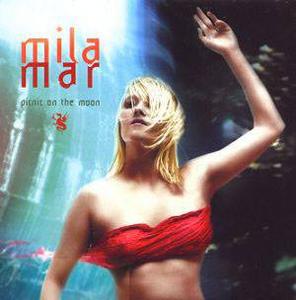 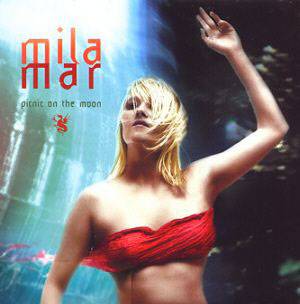 This is the the fourth album by German popduo Mila Mar. These musicians would be done an injustice to be called a synthpop act. They have a very organic and rich sound, because of the use various traditional instruments on this album, next to synthesizer sounds.

Mila Mar is best known in the wave/gothic scene. Which is a bit strange because Picnic on the Moon sounds anything but gothic. The music on this album is atmospheric and dreamy, at times melancholy, but never dark, popmusic. Songs like ‘Yellow Fish’, ‘Short Cuts’ and the title track are nice examples of good, quiet popsongs. The sound and feeling the songs have is reminiscent of Britpop acts like The Cardigans and Catatonia, and at times sounds a bit like Kate Bush.

‘Sense of Being’, the first single is one of the highlights from the album. It is a melancholic song with trip-hop influences. On the single release there are some very nice remixes, one concentrating more on the rhythmic part of the song and the other more on the atmospheric aspect of the track. The only song that differs from the others is ‘Arabesque’, which is a sort of gothic-metal track. Except for this song the album shows some nice atmospheric coherence. This song didn’t need to be on it in my opinion.

Next to that Picnic on the Moon is a very nice dreampop album with good solid songs.