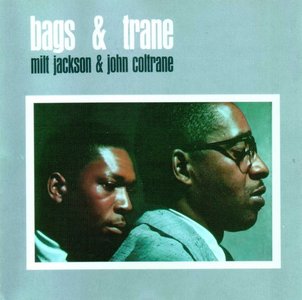 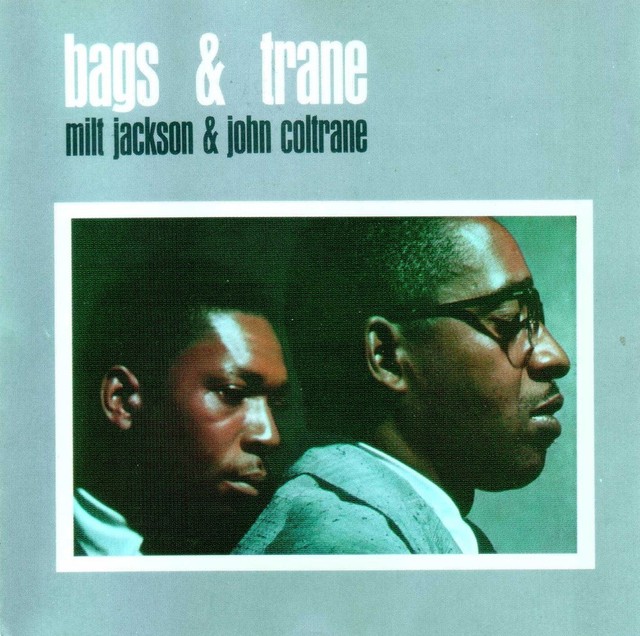 Vibraphonist Milt Jackson and tenor saxophonist John Coltrane make for a surprisingly complementary team on this 1959 studio session, their only joint recording. With fine backup by pianist Hank Jones, bassist Paul Chambers, and drummer Connie Kay, Bags and Trane stretch out on two of Jackson's originals (including "The Late Late Blues") and three standards: a romping "Three Little Words," "The Night We Called It a Day," and the rapid "Be-Bop." Review, AMG.

Amazon:
This 1959 release does both Coltrane and vibist Jackson proud. Coltrane was considered at the time a "New Wave" proponent with his then-shocking "sheets of sound" vertical attack, while Jackson was a bebop mainstay. On "Bags and Trane" they sound utterly at ease with one another and produce some beautiful jazz.

At the core of the album is the obvious respect that the two musicians had for one another. Coltrane attacks more aggressively, but his hard-edged sound proves a perfect foil for Jackson's mellow, ringing vibes. On "The Night We Called It a Day," you can hear how carefully they listened to each other, one solo blending into the other without costing the tune a beat.

The CD adds tunes originally found on the vinyl release "The Coltrane Legacy," and the new material is a plus. The ballad "Stairway to the Stars" offers a particularly poignant turn by Coltrane, who isn't afraid to show his emotion, and "Centerpiece" is a great mellow blues.

This album will be rewarding to fans of Coltrane and Jackson alike. Best of all, if you're a fan of both, you'll get a double dose from two great jazz musicians who showed how much they respected one another by listening to every musical word the other had to say.