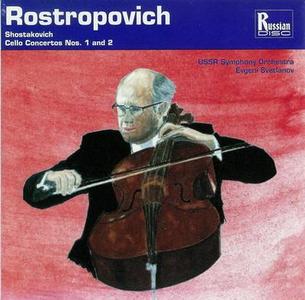 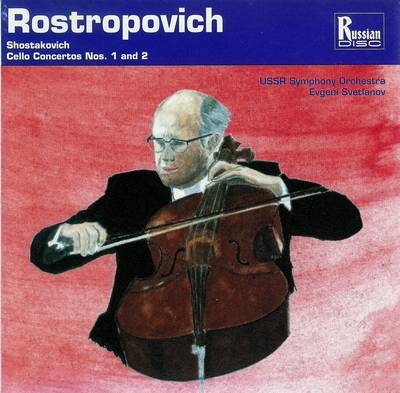 That all of Shostakovich's music is, in a sense, vocal is nowhere plainer than in his cello concertos, where the sighs and curses of the soloist contrast with the harsh laughter and Bosch-like leers of the woodwind. Indeed, the clearer the composer's meaning becomes in such works, the more emotionally unbearable they seem. Interviewed by Elizabeth Wilson, Sofia Gubaidulina has reflected sombrely on the period of the First Cello Concerto's creation: "The circumstances he lived under were unbearably cruel, more than anyone should have to endure." Marina Sabinina recalls Shostakovich behaving "like a frenzied maniac" shortly after being forced to read an official speech to the Composers' Union in 1956. "I read," he repeatedly shrieked, "like the most paltry wretch, a parasite, a puppet, a cut-out paper doll on a string!" That grotesque episodes like this are part of the nightmare world of the First Cello Concerto's outer movements does not require much acumen to discern.

Shostakovich referred to the work's opening movement as "an ironic march". As André Lischke notes, this is an extremely euphemistic description: "The irony rapidly becomes mordant sarcasm emphasised by the caustic and raw timbres of the woodwinds and the aggressive mottoes in the solo part. A particularly spectacular passage in the recapitulation is the duo of the soloist with the horn, a dramatic confrontation suggestive of scenographical visions." Of the similarly "ironic" finale, Lischke comments: "Gaunt, harsh, rhythmic, it could very well bear the imprint of hints of the terrible years in Shostakovich's life. It is certainly not by chance that shortly after the beginning we hear the strings playing the opening phrase of a well-known tune, 'Suliko' (E flat repeated, C, D flat, E flat), which gained notoreity from having been Stalin's favourite song. The fact that Shostakovich quoted it in its entirety in his satirical cantata Rayok to caricature the Little Father of the People, tends to confirm the real intention behind its presence here."

(…) Rostropovich's live recordings with the USSR Symphony Orchestra under Yevgeny Svetlanov on Russian Disc (RDCD 11109) are hard to beat. Recorded in the bitter dawn of Brezhnev's repression, these performances are as acerbic as Kondrashin's 1969 Prague reading of the Eighth Symphony. Here projected with astonishing vehemence, the finale of the First Concerto explodes at an almost unplayable pace. If wobbly horns and a backward solo image put this pairing off-limits for beginners, devotees will be gripped, illuminated, and shaken by these blazing performances.