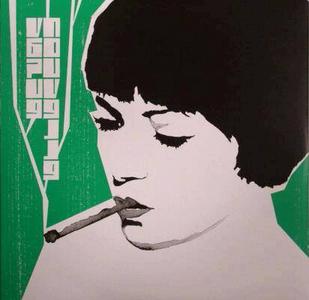 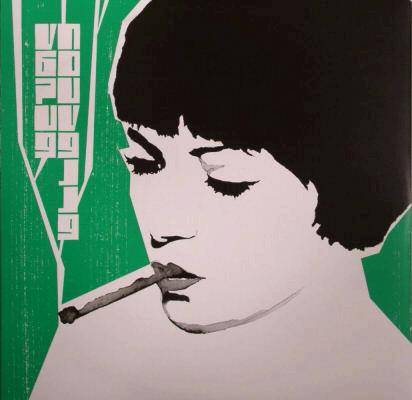 The best compliment that can be paid to Nouvelle Vague's self-titled debut album: it isn't as arch and smirking as a collection of bossa nova versions of new wave classics by fetching French and Brazilian chanteuses would suggest. Based on the concept alone, Nouvelle Vague seems similar to the work of jokesters like the Mike Flowers Pops or Richard Cheese and Lounge Against the Machine, but though the album is definitely playful, it works on a sincere level enough of the time to be more than just a goof. In fact, Nouvelle Vague's best moments are a tribute to how well written the words and melodies of these songs are; that they can withstand, and even thrive in, such different arrangements is no small feat. Smooth, smoky ballads, such as the opening track, "Love Will Tear Us Apart," provide many of the album's highlights. The Cure's "A Forest" gets a tropical twist, complete with jungle sound effects, while the Cult's "Marian" remains as dark as ever but is now much more delicate — call it gotha nova. On the other hand, the cover of the Dead Kennedys' "Too Drunk to Fuck" is a giggly, sassy, mischievous standout that bears virtually no resemblance to the original. Likewise, the serpentine version of Killing Joke's "Psyche" is radically different from the original, nor does it quite fit in with the rest of Nouvelle Vague's bright, breezy feeling, but its spooky vibe makes it one of the album's most interesting tracks. Two of the best covers come from a couple of the least well-known bands on the collection: Tuxedomoon's "In a Manner of Speaking" is transformed into a gorgeous, completely convincing torch song, and Josef K's "Sorry for Laughing" closes the album on a sweetly languid note. Not all of Nouvelle Vague is this inspired — the version of Depeche Mode's "Just Can't Get Enough" is overly fussy, and while the covers of songs like "I Melt With You" and "Making Plans for Nigel" are nice enough, they don't have the spark of the album's best moments. But even at its worst, Nouvelle Vague is still pleasantly witty background music. This unlikely, but mostly happy, marriage of new wave and bossa nova will probably disappoint or displease purists who believe that every version of "Love Will Tear Us Apart" should have the brooding intensity of the original, but everyone else can enjoy the album's playful elegance.