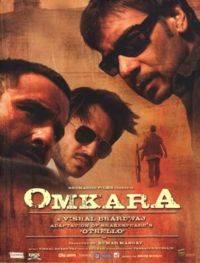 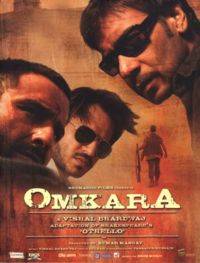 Vishal Bharadwaj - Omkara BSO
MP3 320kbit | Playtime 42:06 | 83.90 Mb | 2006
Vishal Bharadwaj is one of the most underrated music composers of Hindi Film Industry. ‘Maachis’, ‘Satya’and ‘Maqbool’ are priceless gems emerging from his musical stable. It was conjectured that after turning Director, he may lose interest in his prowess as a music composer of eminence. But as I listened to his latest directorial offering ‘Omkara’, my belief in him as a master creator of amazing melodies was reaffirmed. In today’s time when one reads a Shankar-Ehsan-Loy interview, they are referring to their work in terms of Himesh Reshamiya’s volumes of hits. Vishal Bharadwaj is not into that rat-race. And he is not desperate to impress anyone. It shows in his music. For a discerning listener, ‘Omkara’ CD is a collector’s item.

For one doesn’t get to listen to such fine music in the idiom of Hindi Film Music. It is different. It is original. Yes, it may not be totally mass oriented. Nor does it have any customary remixes. But as I had said in the beginning, ‘Omkara’ is a collector’s item for the discerning music lover. And it is definitely entertaining!