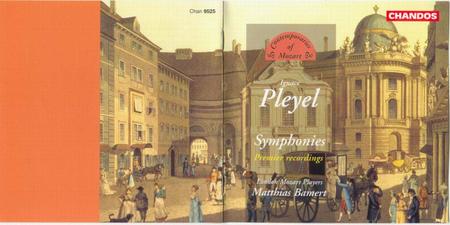 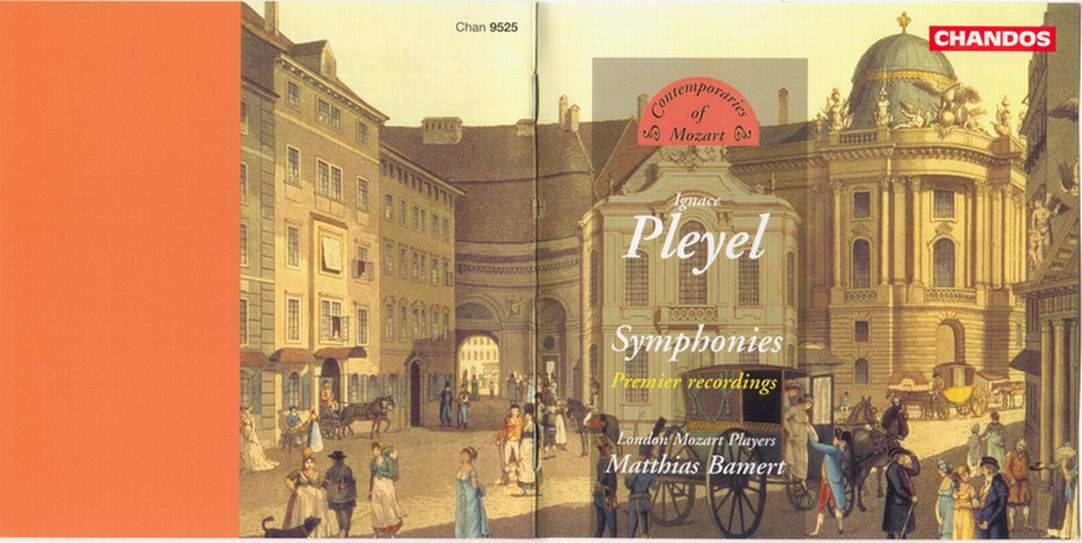 He was born in Ruppersthal in Lower Austria, the son of a schoolmaster named Martin Pleyl. While still young he probably studied with Johann Baptist Vanhal, and from 1772 he became the pupil of Joseph Haydn in Eisenstadt. As with Beethoven, born 13 years later, Pleyel benefited in his study from the sponsorship of aristocracy, in this case Count Ladislaus Erdődy (1746-1786). Pleyel evidently had a close relationship with Haydn, who considered him to be a superb student.

Among Pleyel's apprentice work from this time was a puppet opera Die Fee Urgele, (1776) performed in the marionette theater at the palace of Eszterháza and in Vienna. Pleyel apparently also wrote at least part of the overture of Haydn's opera Das abgebrannte Haus, from about the same time. Pleyel's first professional position may have been as Kapellmeister for Count Erdődy, although this is not known for certain. Among his early publications was a set of six string quartets, his Opus 1.

In the early 1780's, Pleyel visited Italy, where composed an opera (Ifigenia in Aulide) and works commissioned by the King of Naples.

Pleyel moved to Strasbourg in France in 1783, where he henceforth went by the French version of his name, "Ignace". He was first the assistant Kapellmeister at Strasbourg Cathedral under Franz Xaver Richter, then became full Kapellmeister in 1789 on Richter's death. In 1788 Pleyel married Francoise-Gabrielle Lefebvre, the daughter of a Strasbourg carpet weaver. The couple had four children, the oldest being their son Camille, discussed below.

In 1791, the French Revolution abolished musical performances in church as well as public concerts. Seeking alternative employment, Pleyel traveled to London, where he led the "Professional Concerts" organized by Wilhelm Cramer. In this capacity Pleyel inadvertently played the role of his teacher's rival, as Haydn was at the same time leading the concert series organized by Johann Peter Salomon. Although the two composers were rivals professionally, they remained on good terms personally.

Just like Haydn, Pleyel made a fortune from his London visit. On his return to Strasbourg, he bought a large house, the Château d’Itenwiller in nearby St. Pierre.

With the onset of the Reign of Terror in 1793, life in France became dangerous for many. According to some sources, Pleyel's loyalty to his adopted country was brought into question, and he is said to have avoided what could easily have been a fatal outcome by composing works of patriotic music.

Pleyel as businessman
Pleyel moved to Paris in 1795. In 1797 he set up a business as a music publisher ("Maison Pleyel"), which among other works produced a complete edition of Haydn's string quartets (1801), as well as the first miniature scores for study (the Bibliothèque Musicale, "musical library"). The publishing business lasted for 39 years and published about 4000 works during this time, including compositions by Boccherini, Beethoven, Clementi, and Dussek.

Pleyel visited Vienna on business in 1805, meeting his now elderly mentor Haydn for a final time and hearing Beethoven play.

In 1807, Pleyel became a manufacturer of pianos. Pleyel retired in 1824 and moved to the countryside about 50 km outside Paris. He died in 1831, apparently quite aware that his own musical style had been fully displaced by the new Romanticism in music. He was buried in the Père Lachaise cemetery in Paris. 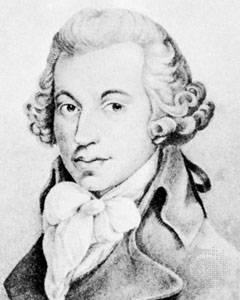 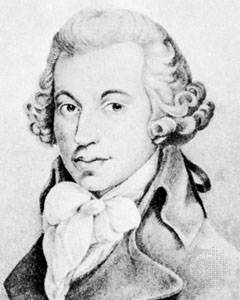 Pleyel is one instance of the phenomenon of a composer (others include Cherubini, Meyerbeer, and Thalberg) who was very famous in his own time but presently obscure. According to some, during the brief period between Joseph Haydn's prime and the rise to fame of Beethoven, Pleyel was the most celebrated composer in Europe.

His fame even reached the then-remote musical regions of America: there was a Pleyel Society on the island of Nantucket off the coast of Massachusetts, and tunes by Pleyel made their way into the then-popular shape note hymnals. (Pleyel is in fact the only classical composer represented in the principal modern descendant of these books, The Sacred Harp.)

Like his teacher Haydn, Pleyel was prolific, composing 41 symphonies, 70 string quartets and several string quintets and operas. Many of these works date from the Strasbourg period; Pleyel's production tailed off after he had become a businessman.

Recent scholarship has suggested that the theme for the Variations on a Theme by Joseph Haydn, by Johannes Brahms, opus 56a, was probably composed not by Haydn but by Ignaz Pleyel.

Pleyel continues to be known today a composer of didactic music: generations of beginning violin and flute students, for example, learn to play the numerous duets he wrote for those instruments.

Check a page from the booklet: 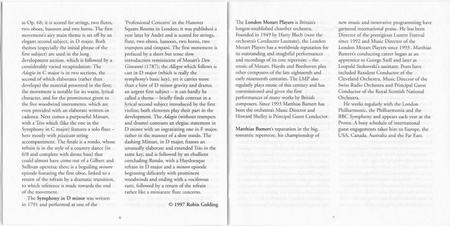 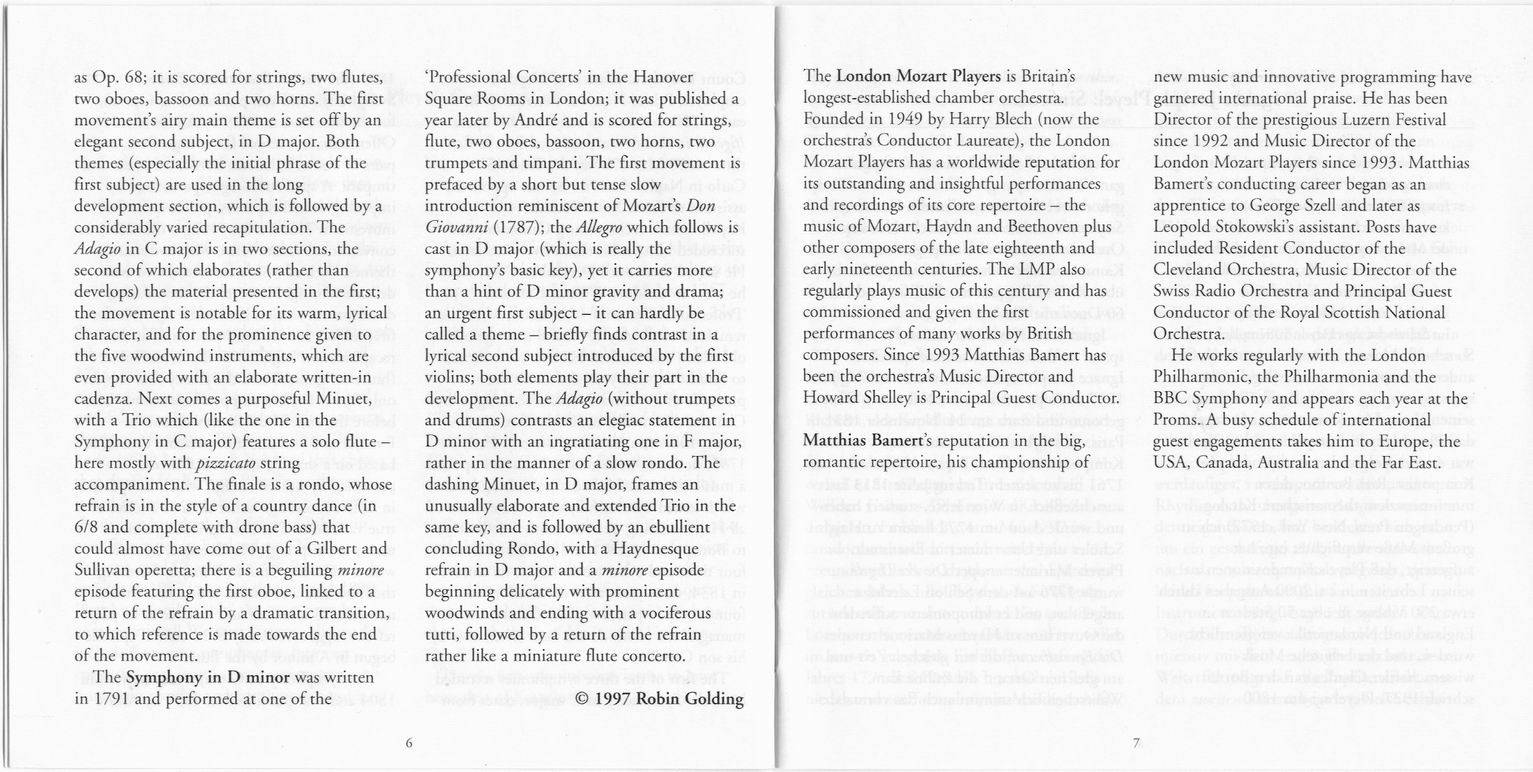 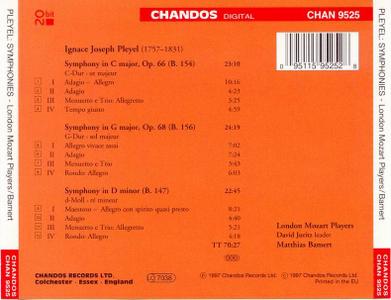 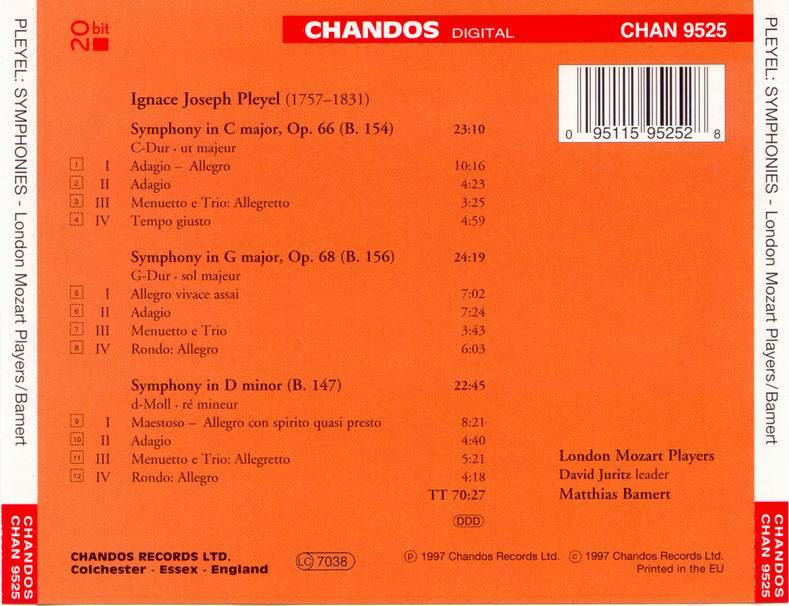 The album is split in 3x100 MB and 1x38 MB parts. Click HERE to get the archive with the download links. The password for everything is www.AvaxHome.ru. Files are on Rapidshare, and I don't want them mirrored for the time being.

Since someone saw fit to accuse me of posting other people's files, simply because I wrap the download links in a txt file for added security (click here for more details) and posted these links in his message to this board, a thing I asked not to be done, I have decided not to post things here any more. I finished uploading this album to Rapidshare a few minutes ago, so not to waste it, I am posting it here, but this is the last one. I prefer to return among the leeching population if this is the kind of response my contibutions get.