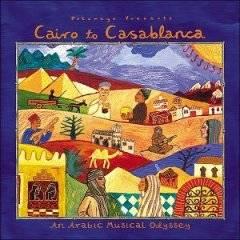 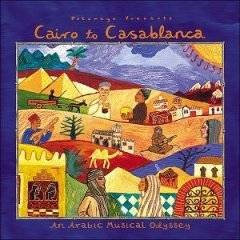 Compilations of readily available music are rarely satisfying, and sometimes the more they try to have a theme the less satisfying they become. The Putumayo series certainly falls prey to this often, but this particular set has risen above the mass. Editors Hamid Zagzoule and Jacob Edgar have an understanding of North Africa, and provide intelligent liner notes on the artists and the music. Some selections were obvious: Khaled, Rachid Taha, Ali Hassan Kuban, and up-and-coming star Rasha. Others are new names for most listeners. On the pop side is Algerian Kadda Cherif Hadria, whose use of a light jazz piano mixed with more traditional sounds works well to showcase an excellent voice. Sharkiat also use jazz with a slightly harder edge to enhance their Nubian sound. The set follows through with artists that provide a pop-side look at the music of Algeria, Sudan, Morocco, and Egypt. The music here is intelligent and pleasant, but nothing really gets deep into the root. This is easy listening from the Maghreb. –Louis Gibson