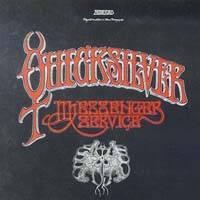 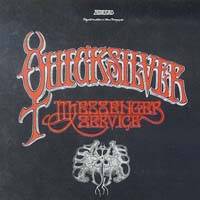 1968 - Quicksilver Messenger Service
Quicksilver Messenger Service's debut effort was a little more restrained and folky than some listeners had expected, given their reputation for stretching out in concert. While some prefer the mostly live Happy Trails, this self-titled collection is inarguably their strongest set of studio material, with the accent on melodic folk-rock. Highlights include their cover of folksinger Hamilton Camp's "Pride of Man," probably their best studio track; "Light Your Windows," probably the group's best original composition; and founding member Dino Valenti's "Dino's Song" (Valenti himself was in jail when the album was recorded). "Gold and Silver" is their best instrumental jam, and the 12-minute "The Fool" reflects some of the best and worst traits of the psychedelic era. 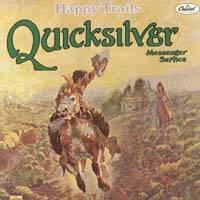 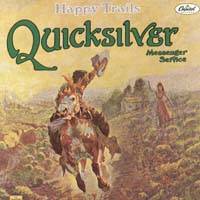 1969 - Happy Trails
Without question, this follow-up to Quicksilver Messenger Service's self-titled debut release is the most accurate in portraying the band on vinyl in the same light as the group's critically and enthusiastically acclaimed live performances. The album is essentially centered around the extended reworkings of Bo Diddley's "Who Do You Love?" and "Mona," as well as the lesser lauded – yet no less intense – contribution of Gary Duncan's (guitar/vocals) "Calvary." This album is the last to feature the original quartet incarnation of QMS. The collective efforts of John Cippollina (guitar/vocals), Greg Elmore (percussion), David Freiberg (bass/vocals), and the aforementioned Duncan retain the uncanny ability to perform with a psychedelic looseness of spirit, without becoming boring or in the least bit pretentious. The side-long epic "Who Do You Love?" suite is split into an ensemble introduction and coda as well as four distinct sections for the respective bandmembers. The perpetually inventive chops of QMS are what is truly on display here. The musicians' unmitigated instrumental prowess and practically psychic interaction allow them to seamlessly weave into and back out of the main theme. Yet all the while, each player takes center stage for uncompromising solos. "Mona" and its companion, "Calvary," continue in much the same fashion. Here the members of QMS play off each other to form a cohesive unit. This track also contains some of Cippollina's finest and most memorable fretwork. He is able to summon sonic spirits from his guitar in a way that is unlike any of his Bay Area contemporaries. A prime example of his individuality is the frenetic "Maiden of the Cancer Moon" – ascending from the remnants of "Mona." The angst and energy in Cippollina's guitar work and line upon line of technical phrasing could easily be considered the equal of a Frank Zappa guitar solo. The brief title track, a cover of Roy Rogers and Dale Evans' "Happy Trails," seems almost insignificant in the wake of such virtuoso playing. It clears the sonic palette and also bids adieu to this particular fab foursome of psychedelia.
–––––––––––––––
Trax listing:
1. Who Do You Love, Pt.1, 2. When You Love, 3. Where You Love
4. How You Love, 5. Which Do You Love, 6. Who Do You Love?, Pt. 2
7. Mona, 8. Maiden of the Cancer Moon, 9. Calvary , 10. Happy Trails
MP3 CBR@256 kbps - 98 MB - <a href="http://cutt.red/iemieJiw6eeJ?search=Quicksilver%20Messenger%20Service%20-%20First%203%20Albums" rel="nofollow noopener" onclick="log_click('Quicksilver%20Messenger%20Service%20-%20First%203%20Albums', 'cutt.red'); return true;" target="_blank" rel="nofollow noopener noreferrer"><span style="color:#ff0033">Download:Rapid$hare.com</span></a>
––––––––––––––––––––––––––––––––––––––––––––––––––––––––––––––––––- 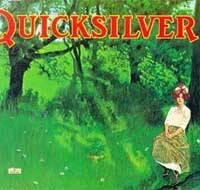 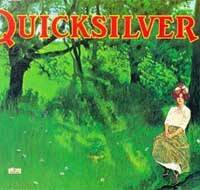 1969 - Shady Grove
The third long-player from San Francisco psychedelic icons Quicksilver Messenger Service (QMS) is a direct contrast from their previous discs. Shady Grove (1969) is comprised mostly of shorter and self-contained pieces as opposed to the long and extended jams that were so prevalent on their self-titled debut (1967) and Happy Trails (1968). Ironically, the one stretched-out instrumental is courtesy of their latest acquisition – Brit recording session guru Nicky Hopkins (keyboards). Another possible reason for the shift in style as well as personnel is the conspicuous absence of Gary Duncan (guitar) – who is rumored to have been a "guest" of Bay Area law enforcement at the time. The band incorporate a number of different styles on the album. Kicking off the disc is an up-tempo rocking version of the traditional Appalachian folk song "Shady Grove." The QMS reading is highlighted by John Cipollina's trademark fluid fretwork and a familiar "Bo Diddley" backbeat – reminiscent of both "Who Do You Love" and "Mona" from the live ensemble LP Happy Trails. The slow and dark "Flute Song" is a trippy minor chord masterpiece that is augmented by the shimmering effect of Hopkins' airy piano lines which mingle throughout the light orchestration. Additionally, QMS try their hand at the same country & western-flavored sound that was making the rounds with their San Fran contemporaries the Jefferson Airplane ("The Farm") and the Grateful Dead ("Dire Wolf"). However, the down-home cowboy waltz "Word's Can't Say" never gets out of the stable, unfortunately. This somewhat uneven effort would sadly foreshadow QMS's journey from psychedelia and into a much more pop-oriented sound on their follow-up, Just for Love (1970). However, enthusiasts of those albums will find much more to revisit on Shady Grove than those who favored the first two records.
––––––––––
Trax listing:
1. Shady Grove, 2. Flute Song, 3. Three or Four Feet From Home
4. Too Far, 5. Holy Moly, 6. Joseph's Coat, 7. Flashing Lonesome
8. Words Can't Say, 9. Edward, the Mad Shirt Grinder
MP3 CBR@160/192 kbps - 55 MB - <a href="http://cutt.red/iemieJiw6eeJ?search=Quicksilver%20Messenger%20Service%20-%20First%203%20Albums" rel="nofollow noopener" onclick="log_click('Quicksilver%20Messenger%20Service%20-%20First%203%20Albums', 'cutt.red'); return true;" target="_blank" rel="nofollow noopener noreferrer"><span style="color:#ff0033">Download:Rapid$hare.com</span></a>
––––––––––––––––––––––––––––––––––––––––––––––––––––––––––––––––––-

When Bully67 started his "wanted" music thing, probably six months or so ago, I "requested" QMS - nobody answered !!! After spending a lot of time searching, begging, and - on occasion - PAYING ;-) for cds, I managed to gather most of their stuff, and I started uploading today their first 3 albums. There are definitely more to come, so stay tuned, but bear in mind a couple of things: Some songs are not the same bitrate as others - fist 2 discs are @ 256 100%, third is @ 160 except for 2 songs @ 192 - these are practically compilations from various sources (newsgroups, torrents, donkeys, mules, elefants, etc) and I tried to leave out as much garbage as possible - as much as I'd love to thank the guy that upped his personal sample of his beloved/scratched LP, if it's inaudible @ 128 kbps, it stays out ! I've had considerable trouble finding CDs to buy, bar 2 compilations - same goes for decent cover scans. So I suggest - especially for the younger among you - to DL & LISTEN to the music first, and then flame on about bitrates etc !!! As far as the host is concerned, Rapid$hare it is… Feel free to post Mirrors, the music must go on - in fact, MIRRORS are REQUESTED & extremely appreciated here - first mirror in R$ though, I'LL DELETE their files myself - ppl acting like that get on my nerves…